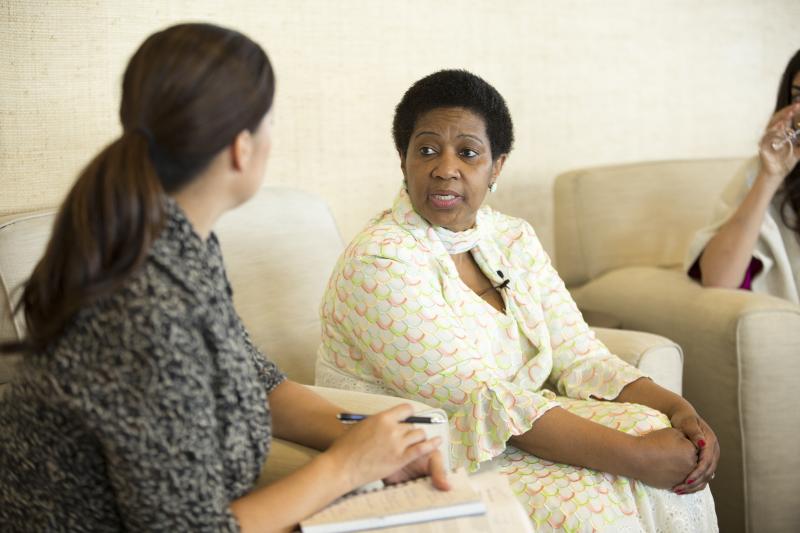 Phumzile Mlambo-Ngcuka, United Nations Under-Secretary-General and the Executive Director of UN Women, is a longstanding defender of women’s rights. Devoted to education, women’s empowerment, and gender equality, her latest campaign, HeForShe, is garnering support among men and boys to serve as agents for change in gender equality.

Recognizing that gender equality is not only a struggle “for women, by women," the HeForShe campaign is receiving widespread recognition and praise for its success in starting conversations about gender equality around the globe.

How can we effect change in the world when only half of it is invited or feel welcome to participate in the conversation,” asks Emma Watson, actor and supporter of the HeForShe campaign.

Mlambo-Ngcuka and the UN Women team see social media as the vessel for change to bridge the gender inequality gap. As seen through the success of the HeForShe campaign with over 150,000 Twitter followers, over 260,000 Facebook likes, and continued support from A-list celebrities, social media is propelling the campaign into the public spotlight. On the campaign website, endorsements from men all around the world have poured in, including ones from government officials like President Barack Obama to renowned actors like Matt Damon, adding to the interactive map of supporters.

By the time I went to work at UN Women, I was very clear that technology was going to be part and parcel of what I’m going to use to reach out to both men and women in the world, for them to be part of trying to solve the problems,” says Mlambo-Ngcuka.

The HeForShe campaign and Phumzile Mlambo-Ngcuka hope to mobilize 1 million men and boys in 2015 for the fight for gender equality. To join the discussion and find out more about the campaign, check out the HeForShe website and its Twitter page at @HeForShe.

We can’t wait to hear what she has to say about UN Women's incredible work to empower women during her keynote interview on March 5 at The Empowerment Bridge: Building a Lifetime of Opportunity for Women and Girls.