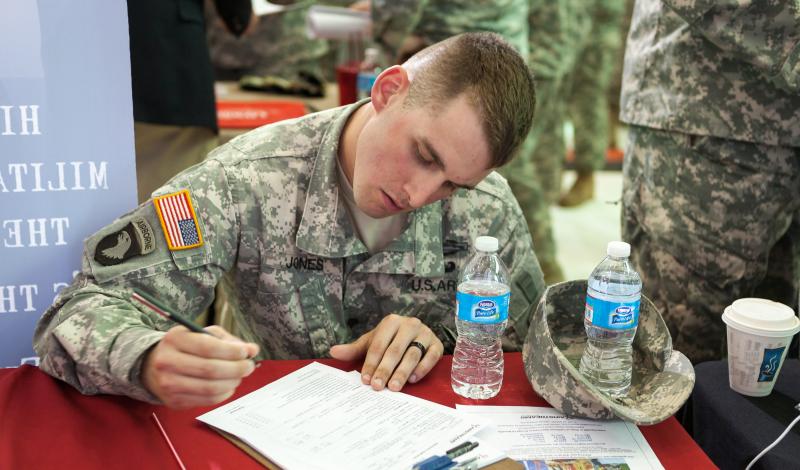 Four years ago today, we launched Hiring Our Heroes with a seemingly simple mission: connecting businesses to the wide and diverse pool of talent transitioning out of the military each year. While easily stated, we soon learned that carrying it out would be another matter altogether—one that we certainly could not accomplish alone.

In 2011, post-9/11 veterans—men and women who had raised their right hand to serve during the campaigns in Iraq and Afghanistan—were returning home to 12% unemployment. Those under the age of 25 faced more than double that rate at 30%, and every 1 in 4 of their spouses was also unemployed. These numbers and the factors that cause them were anything but simple. 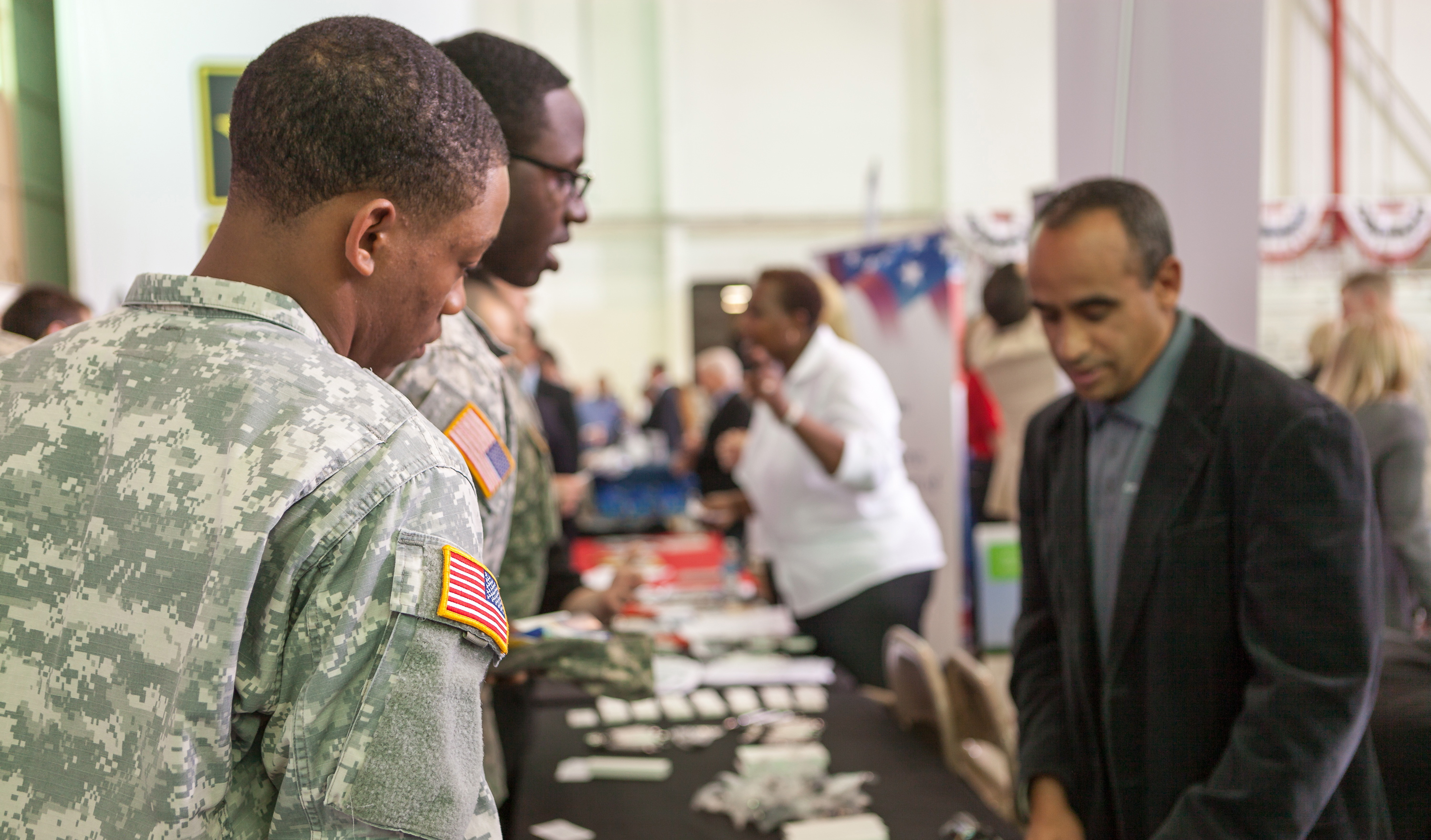 employment gap. As part of the U.S. Chamber of Commerce Foundation, we recognize our position at the intersection of the public and private sectors. Working with the U.S. Chamber of Commerce’s vast network of state and local chambers and other strategic partners from the public, private, and non-profit sectors, our mission is to create a movement across America in hundreds of communities where veterans and military families return every day.

An additional 369,000 veterans and military spouses have been hired as a result of the Hiring 500,000 Heroes campaign with Capital One.

As HOH has grown, so has our capacity to focus on critical needs in the veteran and military communities. In 2012, we created a standalone military spouse employment program – an initiative led by military spouses, for military spouses. In 2014, recognizing the distinct employment challenges that face our nation’s wounded, ill, and injured veterans – and those who care for them – the HOH Recovering Warrior and Caregiver Program was launched to offer events and tools designed exclusively for these populations. Hiring Our Heroes has also extended its reach to thousands more veterans, spouses, and businesses by developing effective mobile and online programs with partners like Toyota, USAA, Verizon, the Steven & Alexandra Cohen Foundation, and more. 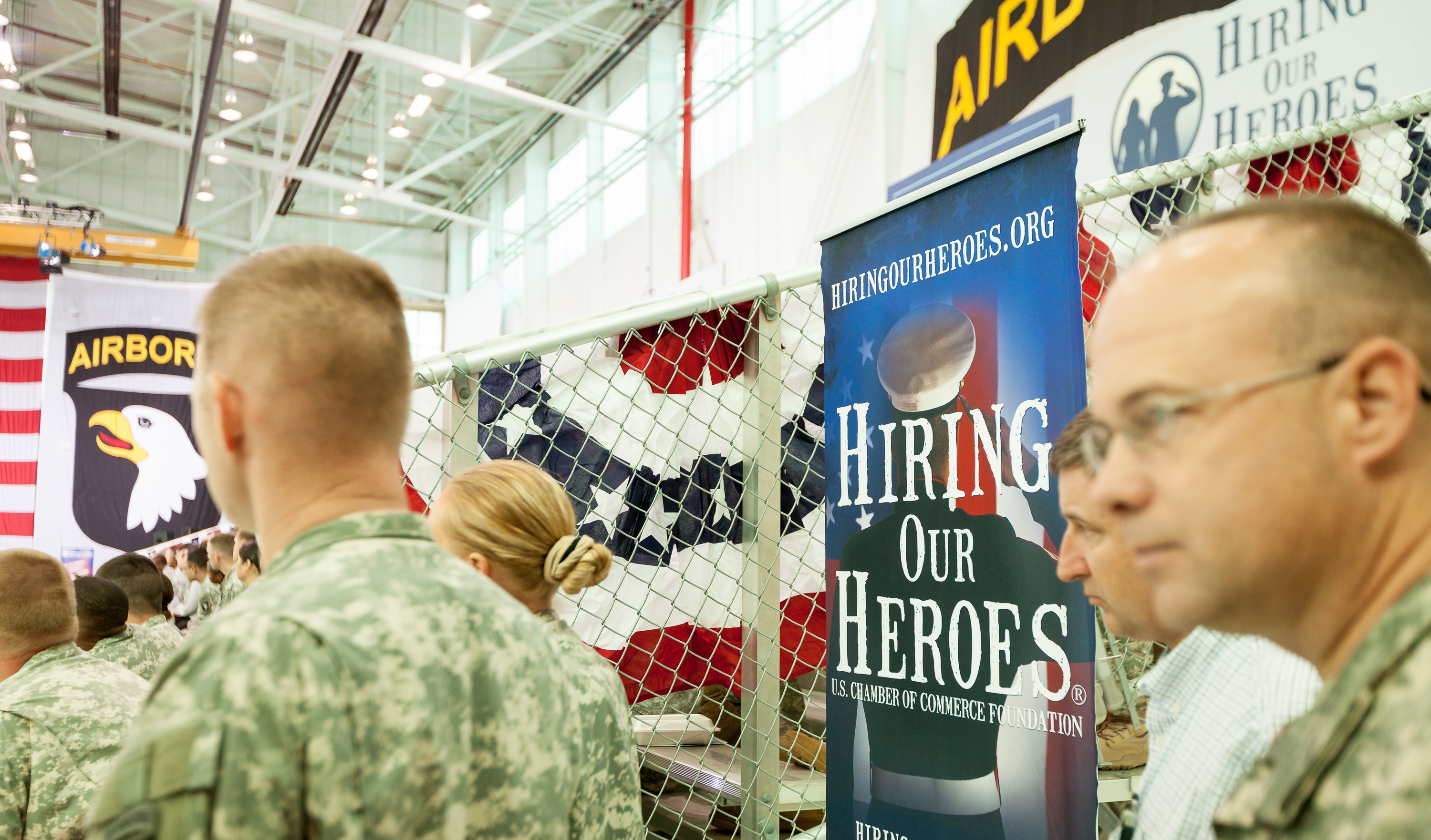 Since the program began in 2011, we have seen positive trends in veteran and military spouse employment – an encouraging sign that our collaborative efforts with our partners are having an impact. Still, the task is far from complete. The reality is there are still populations challenged by higher unemployment rates than their civilian counterparts – post-9/11 veterans, veterans under 25, and military spouses. There are still businesses searching for skilled workers to revitalize their industries.

Like every tough situation they dealt with in the military, our nation’s veterans and military spouses will rise to this occasion—but they cannot do it alone. Here is to the next four years of hard work, challenges overcome, and heroes hired.