Housing Costs and the American Recovery 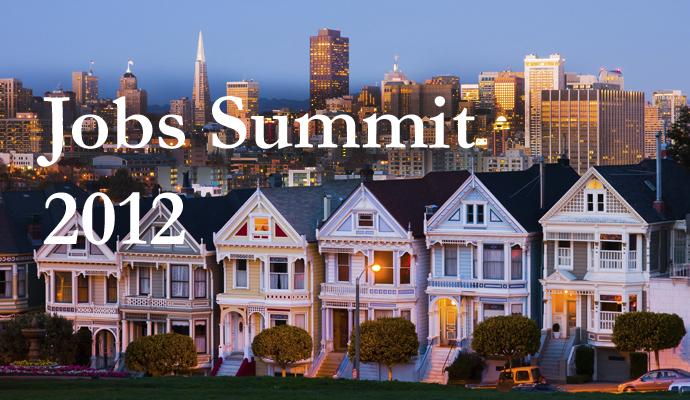 This is the first of many posts looking at growth opportunities in America’s leading states and cities in advance of NCF’s Jobs Summit on June 13.

America’s pundits have offered many explanations for the tough times we’re in. They point to the bursting of the mortgage bubble, declining rates of innovation, excessive regulation, global savings imbalances, and a host of other factors. I’d add one more to that list: the high cost of living. Poor zoning laws and a not-in-my-backyard mindset to new construction may be some of the greatest barriers to growth and innovation today. When America’s most productive metros scrimp on building at a time when demand is high, prices go up. The harder it is to pay for the basics of life in a particular city, the less incentive there is for new residents to move in. The result is a lack of human capital where and when it’s needed the most.

To see how this argument works out, consider the case of Silicon Valley. It’s one of the greatest repositories of human capital in the world. It has a tremendous innovative capacity and the entrepreneurial spirit to get ideas to market. The data bears this out. San Jose’s economy grew by 13% from 2009 to 2010. Over 30,000 jobs have been added this year. Wages are growing by leaps and bounds. Facebook made a giant splash with its IPO, and others are following in its wake. In short, Silicon Valley is booming.

An economy like this should be pulling in talent from across America. Yet, people are leaving. From 2000 to 2009, San Francisco and San Jose lost a combined 590,000 residents. If you want to see the latest numbers for yourself, Forbes has an interactive map of American migration. You’ll see the red lines of outward migration exceeding the blue lines of inward migration throughout Silicon Valley for each of the past five years. A simple comparison illustrates the lost potential in human capital. If the Bay Area had actually grown at the same pace as, say, Phoenix, its population would stand 11 million strong. Instead, it sits at 7 million.

Job creation in Silicon Valley has also been anemic relative to its economy. Houston only grew at 1.6% from 2009 to 2010, yet had the same 2% job growth as the Valley. And as Ryan Avent notes in The Economist, each tech job generated in California has much less of an impact on overall job creation than in Texas. “Houston … got about twice as much private job growth out of its technical job growth in comparison with San Jose.”

Firms are on the hunt for talented workers in the Valley, so the job growth potential exists. It’s just that, as one angel investor told Wired  magazine, “The natural resources of the startup world are getting scarcer and scarcer, and the cost is getting higher and higher.”

Here’s the problem: living in Silicon Valley is expensive. The average American home costs $146,000. In the Bay Area, a run of the mill home will set you back $441,245.Palo Alto will cost a cool $1.29 million on average. Rents are up year-on-year in the Bay Area by 5.4% and 15.5% in Apple’s base of Cupertino. If you’re not in the market to buy, San Francisco also happens to be the most expensive place to rent housing in America.

What’s the reason for these lofty prices?  Demand to live in Silicon Valley is high and cash is equally plentiful among current residents, but the supply of housing is low. Last year, San Francisco had a net gain of only 269 housing units. As residents duke it out to get the small number of houses and apartments, potential new residents look for more sane costs elsewhere.

A recent study by David Albouy and Gabriel Ehrlich found that metro areas with the highest productivity often are the least productive in building housing, which results in higher housing costs. All of those costs hit potential residents, so locals don’t care quite as much. Instead, they tend to encourage more regulation to further hamper development and drive up the value of their homes. In Menlo Park, for instance, most land is zoned for single-family homes with lots of at least 15,000 to 20,000 square feet.

The “natural resources” of our economy—people, land, finance—risk being starved at their root. This isn’t a reason for rampant overdevelopment. Rather, it is a case for recognizing the very real costs America’s economy faces from short-sighted regulations.

Having more people in America’s most productive metros means deeper markets and greater knowledge spillovers. It means continued opportunity for the best and brightest young people. These are the key ingredients of economic growth and job creation.