U.S. Chamber of Commerce Foundation / How Lockheed Martin is Inspiring America’s Next Generation of Scientists

How Lockheed Martin is Inspiring America’s Next Generation of Scientists 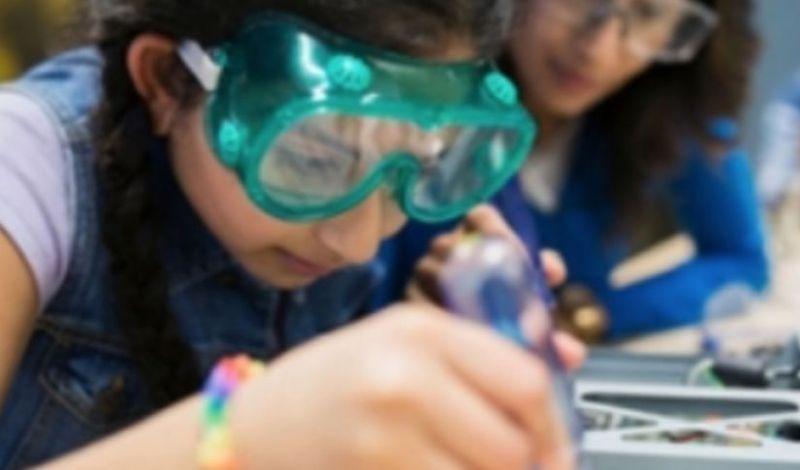 [Editor's Note: Lockheed Martin was awarded Best Commitment to Education award at our 2016 Corporate Citizenship Awards. We are currently accepting nominations for this year's Citizens Awards. Submit your nomination by June 23!]

Lockheed Martin is on a mission to inspire the next generation of innovators, scientists and problem-solvers — and the company is going out of its way to make sure that children who tend to be underrepresented in STEM fields when they grow up are introduced to the wonders of science and technology.

By generously funding Imagine Science — a nationally-coordinated STEM outreach pilot program made possible through partnerships with the Boys & Girls Clubs of America, the National 4-H Council, Girls Inc. and the YMCA — the defense and aerospace leader has inspired thousands of young students to take advantage of science, technology, engineering and math learning opportunities to which they might not have otherwise been exposed.

“At Lockheed Martin, we don’t want to just be a force for good,” said Leo Mackay, senior vice president of Internal Audit, Ethics and Sustainability at Lockheed Martin. “We want to be a force for great. And we are doing that by engaging our nation’s future innovators, creators and great thinkers through scalable STEM education platforms.”

He continued: “We’re engineering a better tomorrow through our incredible partnership with Imagine Science and reaching students underrepresented in STEM fields. We are working to give bright, inquisitive minds the keys to drive the future economic and scientific engines of our nation.”

Recognizing that the U.S. lags in academic performance — ranking 17th in science and 25th in mathematics among industrialized countries — Lockheed Martin has made advancing STEM education a critical focus.

By 2020, through various hands-on group activities, summer camps and self-driven science projects, Imagine Science and its partners aim to inspire millions of under- and un-served youth by sparking curiosity around a host of exciting STEM subjects, but also by fostering a lifelong affinity for the sciences. Through its involvement with the pioneering program, Lockheed Martin also hopes to elevate interest in STEM careers among Hispanics, African-Americans, women, people with disabilities and first-generation Americans, a critical step in bridging the diversity gap.

Lockheed Martin was recently awarded the U.S. Chamber of Commerce Foundation Corporate Citizenship Award for the Best Commitment to Education for its inspiring commitment to Imagine Science. The Corporate Citizenship Awards celebrate and recognize the creative ways in which American businesses leverage their resources, expertise and reach to make the world a better place through innovation, capital and collaboration.

Together with Lockheed Martin, Imagine Science continues to make a difference in several areas throughout the U.S. In the Pleasant Grove neighborhood of southeast Dallas, for example, family members and teachers of student participants there expressed that the unique initiative has given them “a new hope for knowledge retention,” Lockheed Martin sustainability analyst Lela Shimaka told Free Enterprise.

“Lockheed Martin’s future success, and our nation’s high-technological advantage, particularly in energy and space infrastructure and airborne systems depends on a constant supply of highly trained, highly capable technical local talent,” Shimaka said. “One way that Lockheed Martin invests in deepening a STEM talent pipeline is by funding STEM education outreach activities like these for elementary school- through college-age students. We prioritize programs with one or more of the following outcomes: improved student achievement, teacher development and participation with gender and ethnic diversity.”

In another promising nod to Imagine Science’s positive impact, a school principal, also in Dallas’ Pleasant Grove district, lauded the program for helping local students in need transition back to school in the fall more academically prepared.

“It’s making school viable for my kids in the fall by what’s happening here now with them in the summer,” the administrator told Lockheed Martin.