U.S. Chamber of Commerce Foundation / How Robotics is Helping the Navy

How Robotics is Helping the Navy 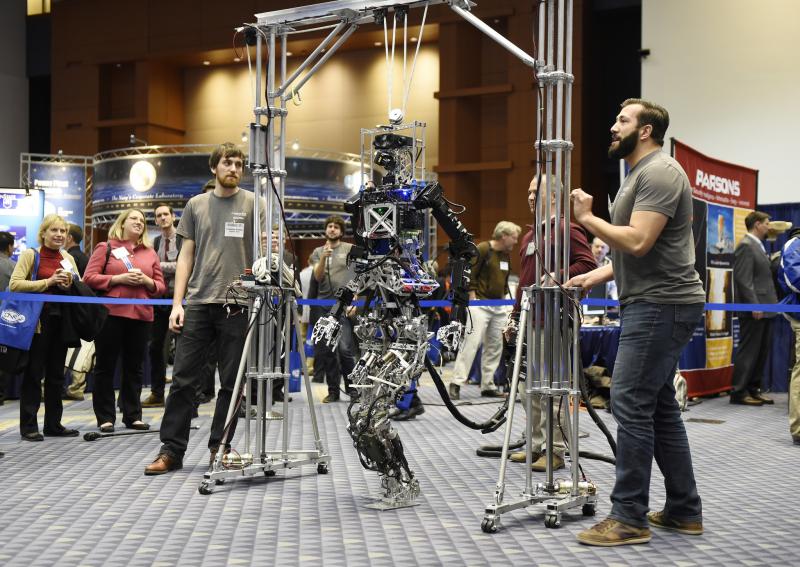 At the Naval Future Force Science and Technology Expo in Washington this month, the United States Navy unveiled a firefighting humanoid robot.

fire-resistant metal and is equipped with technology that will allow it to stand upright and fight fires as efficiently as possible. As Virginia Tech mechanical engineer Brian Lattimer says, “Whole-body momentum control allows for the robot to optimize the locations of all of its joints so that it maintains its center of mass on uncertain and unstable surfaces.” 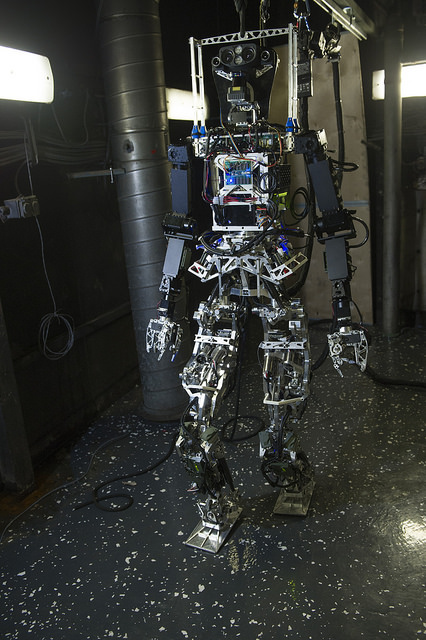 Shipboard Autonomous Firefighting Robot, from the U.S. Office of Naval Research.
During a 2014 test conducted by Navy scientists and researchers from Virginia Tech aboard the USS Shadwell, SAFFiR was able to prove that it could walk down a long, smoke-filled, obstructed hallway without falling before using the tools at its disposal to extinguish a large fire. SAFFiR was able to successfully extinguish the fire using the most cutting-edge technology at the Navy’s disposal. This includes a stereo infrared camera, a gas sensor, and a binocular stereo camera that allows it to see through smoke and maneuver its way through dangerous firefighting situations that humans otherwise would not be able to. Once SAFFiR approached the fire aboard the USS Shadwell, it suppressed the flames by wielding a fire hose and propelling extinguishing agent grenades.

Although SAFFiR is not fully autonomous yet, Navy developers intend to continue working on algorithms and programs that will allow for the firefighting bot to detect, confront, and extinguish fires with minimal human interaction. As Dr. Thomas McKenna states, “We’re working toward human-robot teams. It's what we call the hybrid force: humans and robots working together.”

Considering that ship fires have been a major cause of ship sinking and historically have an extremely costly impact (such as the 2012 sinking of the USS Miami, costing the U.S. Navy $400 million), having a Navy humanoid that can wield a fire hose and throw fire repelling grenades to save American lives may be not only the best solution for an old problem, but probably the coolest.