U.S. Chamber of Commerce Foundation / How You Can Put Reverse Mentoring to Work for You and Your Company
General Foundation
October 30, 2013 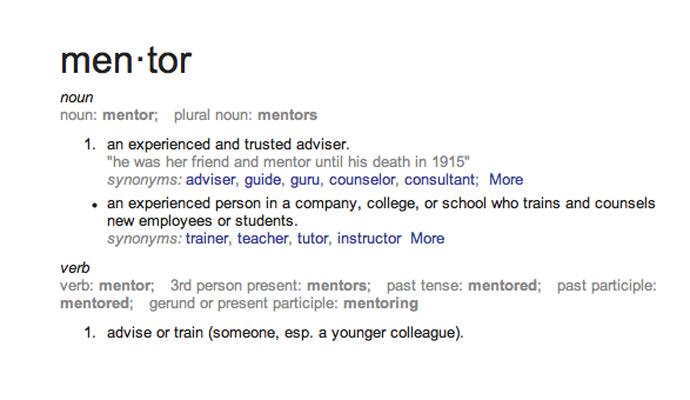 When I speak with female executives about the importance of mentoring over on my Forbes blog, More Power Seats, we often discuss it in the traditional sense: a successful executive in the peak of her career advising someone just starting out.

Reverse mentoring was originally embraced by Jack Welch in the late 90s to help older GE executives enter the Internet age, but with the quickened pace of social media and new, disruptive technology, integrating it into your business strategy is even more crucial today.

Unlike traditional mentoring, which is often a unidirectional transaction (the seasoned worker giving back to advance the next generation of workers), reverse mentoring allows both mentor and mentee to further their careers.

Younger workers may not have the professional experience that their potential mentees have, but their experience with new forms of media and technology is vast, native, and adaptive. In other words, they “just get it”.

Reverse mentoring for the mentee, then, can be compared to learning a foreign language from a native speaker. While you might be able to learn the basics from a book—vocabulary and how to conjugate tenses—mastering the idioms and idiosyncrasies of a culture and dialect is impossible unless you are communicating with native speakers. Young mentors should be looked at as the seasoned generation's translators, helping them navigate and become fluent in the constantly changing landscape of media and technology. In my career, I’ve helped my mentors learn about everything from collaborating over Google Docs and holding calls on Skype and Google Hangouts, to managing their personal brand on social media and using proper text language and etiquette.

In addition to technological insights, the relationship will lead the mentees to greater insights about the market of Millennials, a key demographic that is spending and behaving in new ways.

Millennials are an interesting bunch: they're unlike any other previous generation of worker. They are more enterprising, collaborative, and they are hungry—but not necessarily for power and prestige. They want to understand the whole picture of how things work, because they feel that it will allow them to be most effective at their jobs, which will in turn create the job satisfaction they crave. They are not content to just blindly work their way up; they'll never accept the idea "that's just how things are." They understand their value and they want to contribute, now.

Reverse mentoring fits the Millennial work style. It provides them access to top-level workers, which allows them to feel heard and valued, and gives them a better sense of the company's entire landscape—and how they fit into it. These simple assurances have shown to breed loyalty among the notoriously flighty Millennial group, improving retention.

It should also be noted that regardless of how Millennials work, their numbers in the workforce are increasing and their hard-working performances show that their ideas are valuable, and that you do need their contributions. Reverse mentoring allows them to get their insights to the decision-makers now.

How reverse mentoring can positively impact your company overall:

Research shows that the differences between the three current generations in the workforce (Baby Boomers, Gen-Xers and Millennials) have led to prejudices. Of course, anyone who reads the comments sections of articles about Millennials in the workplace already knows that. Boomers think Millennials are entitled know-it-alls, and Millennials see their older colleagues as workaholic luddites. In reality, the differences in experience, work ethic and methodology can be the strengths each generation brings to the table in a collaborative office environment—and reverse mentoring can be an important step to bridging the generation gaps and fostering cross-generational work innovation.

How to make reverse mentoring work for you:

The most important part of introducing a reverse mentoring program is setting up the expectations of everyone involved. Creating clearly defined goals and objectives and consistently meeting to review them is critical. As the old adage goes, "what gets measured, gets done."

Taking time to determine which team members are best suited to work with each other is also important—mentors should not be chosen just because they're young and mentees should be vetted for their openness to learning. The meetings between mentors and mentees should be structured, with ground rules (i.e. is Skyping allowed or should all meetings be in person?) and parameters (i.e. determining whether learning how to use a  particular platform, such as Wikipedia, is a constructive use of time and valuable skill for the mentee) in place from the outset.

Reverse mentoring is not necessarily the most natural proposition. Bosses must suspend judgment of their charges, and inexperienced new mentors must quickly figure out how to become effective teachers and responsible team members in order to hold up their end of the bargain (managerial skills taught through trial-by-fire learning!) It can also lead to some awkward exchanges in the beginning. For instance, take a look at me explaining to C-SPAN that it's called "tweeting" and not "twittering" in 2008. The potential gains, however, outweigh any initial stumbling blocks.

Reverse mentoring is not just another headline-grabbing buzzword. It's a system that is designed to benefit, mentor, mentee and company alike, and we can all learn from an innovation like that.