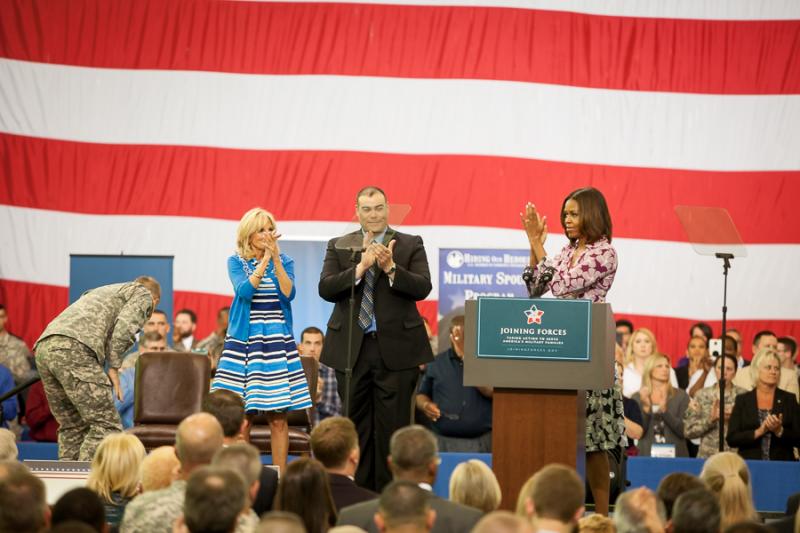 "Today, you’re here for yourselves, and the mission is your future. That’s what this summit is about. It’s about a transformational shift across the military in how we think about your careers."

First Lady Michelle Obama offered this remark to more than one thousand service members and military spouses gathered in the renowned Welcome Home Hangar of the 101st Airborne Division (Air Assault) for the 2014 Fort Campbell Veterans Jobs Summit. To mark the third anniversary of the White House's Joining Forces Initiative, Mrs. Obama and Dr. Jill Biden joined senior representatives from the public, private, and nonprofit sectors at a free conference for service members preparing to transition out of the military as well as military spouses seeking career opportunities.

The military families in attendance at Fort Campbell received encouragement and advice from civic leaders and senior Army leadership before meeting with more than 100 employers at a Hiring Our Heroes job fair. Numerous service members also received career resources and resume counseling at customized employment workshops while their spouses attended a workshop tailored to their own unique needs. More than a hundred employers and community organizers also took part in interactive forums and panel discussions highlighting best practices in military hiring.

The Chamber Foundation's partnership with Joining Forces has resulted in hundreds of thousands of veterans, transitioning service members, and military spouses finding employment. In April 2013, Mrs. Obama announced from the White House that Hiring Our Heroes had fulfilled its Joining Forces commitment to host 400 military job fairs across the country. In April 2014, Hiring Our Heroes reached 700 job fairs. Since launching in 2011, more than 23,000 have been hired through the fairs alone. Countless others have found employment through Hiring 500,000 Heroes, a national campaign with Capital One to get employers to commit to hire half a million veterans and military spouses by the end of 2014. Mrs. Obama highlighted that in the last six months, this campaign had secured commitments from more than 300 small- and medium-sized businesses to hire 55,000 veterans and military spouses, bringing the total to more than 411,000 commitments.

The participation of the First Lady and Dr. Biden at Fort Campbell is a testament to the growing effectiveness of public-private partnerships, between and across all sectors, working together to improve the lives of our military men and women. An excellent foundation has been laid for the dozens of summits the Chamber Foundation and its partners have planned for the next two years. 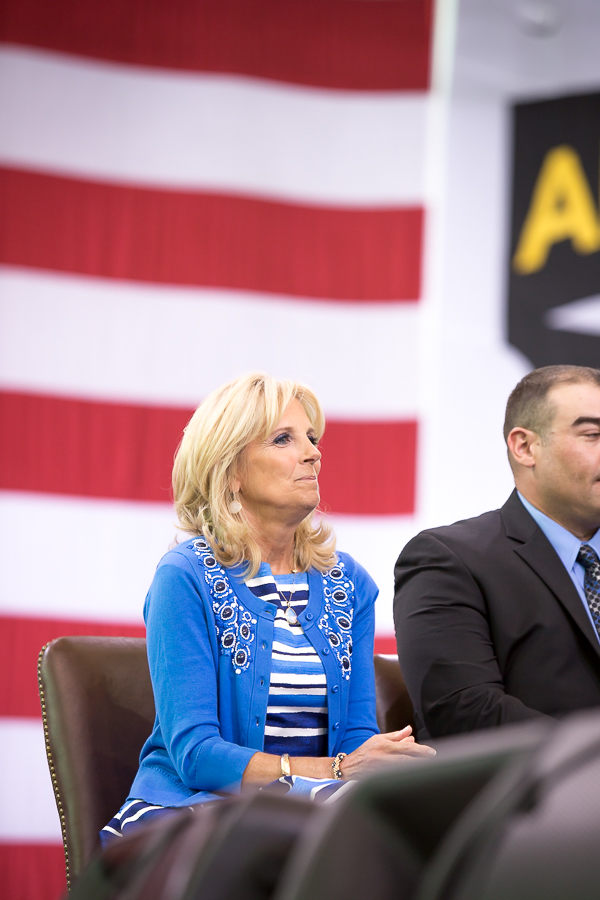 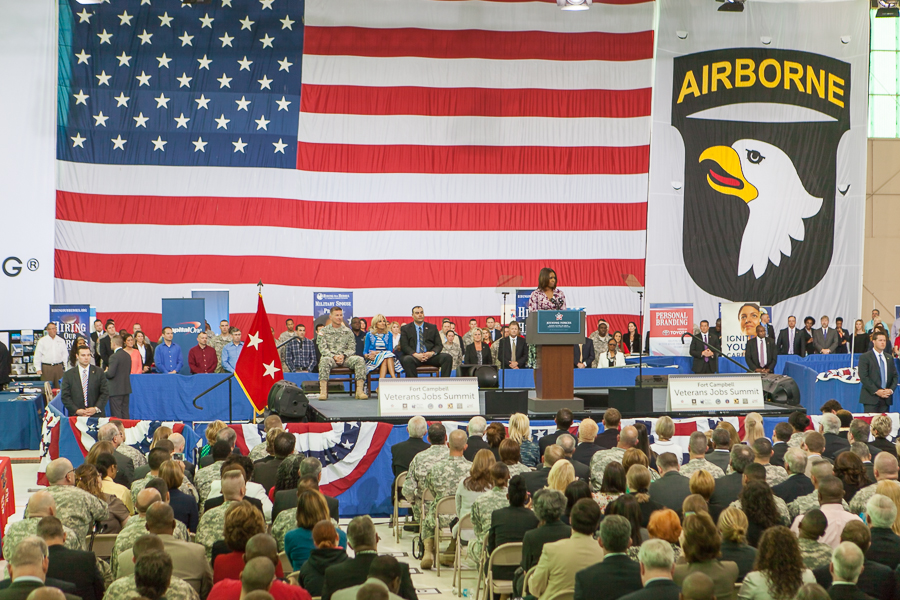 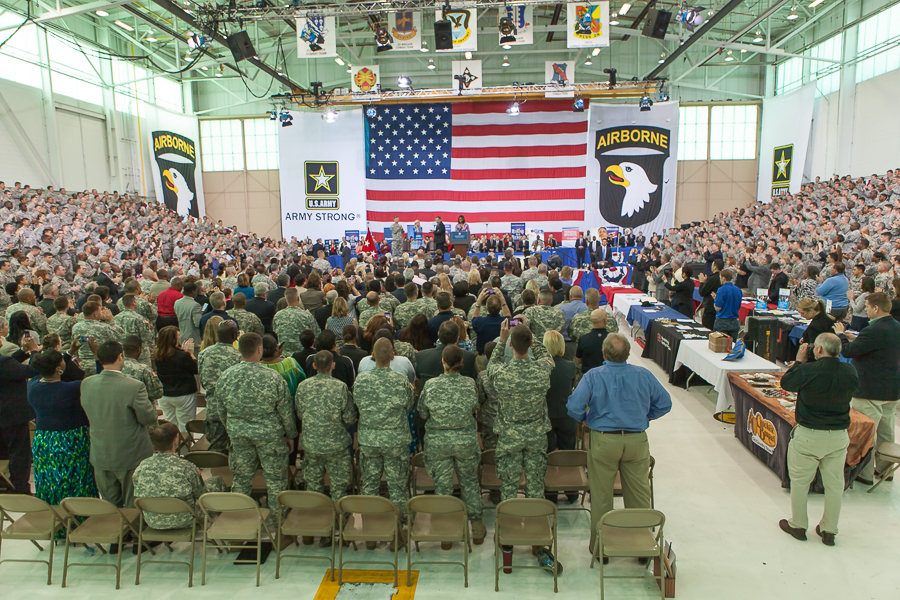