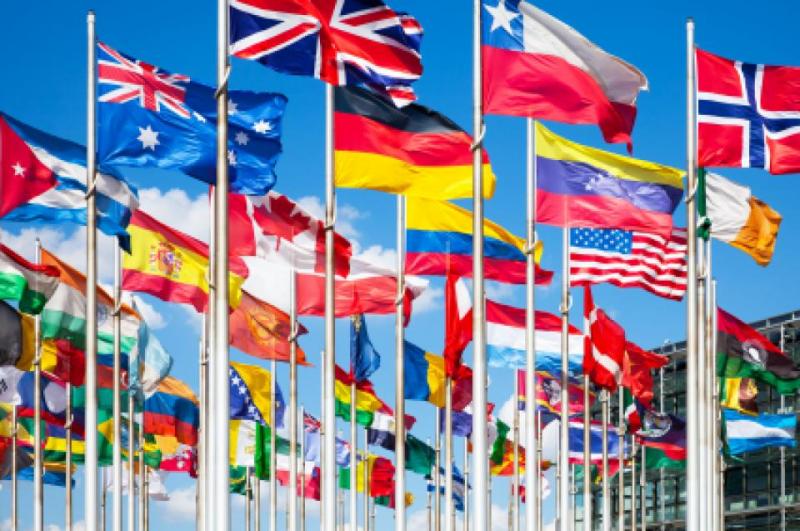 Ross DeVol, chief research officer at the Milken Institute, asked this question in The Atlantic recently: "What's the pathway to 'encouraging American innovation?'"  As a question that NCF is exploring too, most notably in our upcoming winter edition of the Business Horizon Quarterly, I was naturally curious what his reply was.  What Ross goes on to lay out is fascinating, romping through countries across the world looking for models of innovation that he can "stitch together into an Innovation Super-Nation."

First up is Singapore.  DeVol points out the tiny city-state's ability to invest in its human capital, draw in the talent it needs from around the world, and  use the accumulated ability to advance its industries.

"Today, Singapore is a leader in a host of knowledge-based industries, including the biomedical sciences. In just the past decade, the number of scientists has leapt from 14,500 to 26,600, a gain of more than 80 percent. In the most recent Global Competitiveness Report put out by the World Economic Forum, Singapore ranked 1st in the quality of its math and science education."

Next is Toronto, the paragon of Canada's high-skilled immigration system.  On a per capita basis, Canada accepts more than twice as many high-skilled migrants as America does, with the bulk of those classed as "economic immigrants" going to Toronto.  "Toronto alone absorbs approximately 100,000 immigrants per year, the vast majority high-skilled (or members of Richard Florida's Creative Class) under the economic category and has transformed its economy."  As NCF Scholar Nick Schulz pointed out in Forbes, high-skilled migrants are essential for building long-term prosperity in any country.

Finland is a country that appears to have taken a simple lesson to heart: Regulations affect research, and research matters for innovation.  Finland (and even France) have taken serious steps to cut the red tape that blocks the path of research.  Moreover, through directed tax credits and institutionalized relationships between universities, financiers, and start-up firms, "Finland now claims double the OECD average of patent output" per capita.

"Finland serves as another example of using policy solutions to transform its economy from resource-based to knowledge-based through consistently increasing gross expenditure on R&D. Simultaneously it has also pursued international scientific collaboration, university/industry partnerships, and enhanced venture capital availability."

Switzerland appears to be doing something right when it comes to corporate taxation, as the country now boasts a wide range of corporate headquarters and occupies the top perch on INSEAD's global innovation index.   The country's average rate of combined corporate taxation is just a notch above 21%, which is low compared to the OECD average of 25.5% and the U.S. average of nearly 40%.  Furthermore, as The Wall Street Journalreported earlier this year, "Switzerland's states, known as cantons, are offering rock-bottom tax rates meant to tempt multinationals into establishing regional headquarters or other operations in their jurisdictions."  Faced with the choice of parking your firm's most costly (and most productive) assets among any of the core set of educated, advanced countries, which place would you choose?

Ever since Dan Senor and Saul Singer wrote Start-Up Nation, commentators have pointed out how successful Israel has been in  incubating small- to medium-sized enterprises.  The country boasts a world-class network of 70 venture capital firms just itching to invest in the "next big thing", which is a good thing because Israel's companies beat all of the OECD countries in the amount they spend on research and development (R&D) as a percent of GDP.  Germany has had similar success in establishing a financing network for innovative firms, especially so for advanced manufacturers.  Whether it be Israel's Yozma program or Germany's Fraunhofer Institutes, respective governments of these countries appear to have figured out how to support R&D without readily succumbing to the temptation to pick winners.

What was valid in 1100 AD still rings true today: the British Isles boast some of the best institutions of higher education in the world.  Since the founding of Oxford University in or around 1096 AD, numerous other universities have arisen that lead the pack in scientific research (among practically every other field as well).  "The 2011 QS World University Rankings place the University of Cambridge first, the University of Oxford fifth, Imperial College London sixth and University College London seventh."  And between 2009 and 2010, the top four British universities alone received over $1.2 billion in research funding.

We reach the end of our journey in South Korea, where the World Bank ranks the country among the best in the world for starting a business.  It's ranked 8th in the world for its ease of doing business, thanks especially to the suite of reforms passed in the aftermath of the 2008 recession.  This past year saw the South Korean economy growing at over 6%.  While it's true that the country lives in a great neighborhood for trade-induced growth, its northern neighbor clearly does not enjoy the same sort of prosperity.  The point is that rules and regulations matter when it comes to economic growth, and you needn't look much farther than the Korean peninsula for a better comparative example.

What is the hallmark of an innovation super-nation?  As the name implies, such a country adopts the rules and institutions that allow for broad-based innovation to be embedded in the DNA of its economy.  The countries listed above come in all shapes and sizes, but all show tell-tale characteristics that any country looking for long-term prosperity should take heed of.

U.S. Chamber of Commerce Foundation Launches ‘Talent Finance’ Initiative to Develop New Models for Investment in the Workforce of the Future
Talent Finance: A New Consensus and Return-to-Investment
JDX is Taking the Next Big Step in Leveraging Data for a Modern Talent Marketplace