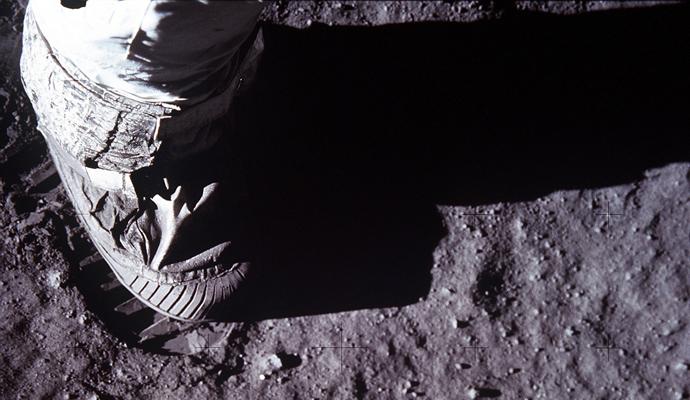 Neil Armstrong was a regular guy. That was the impression left after the quaint, poignant and very personal tribute to Armstrong at the celebration service held at Washington’s National Cathedral.

He was born of middle America, an Eagle Scout and a navy man before becoming a legendary test pilot and a whole lot more as he stepped into the pages of history.

Echoing through the soaring cathedral amongst the bellowing organ pipes and singing choirs were words such as “humble,” “modest” and “reluctant hero.” I can’t remember the last notable public figure who was described that way. I can think of a number of military service personnel and business leaders I’ve met that match that description. Maybe even a couple of neighbors (current and former), but to describe the first human to set foot onto the surface of someplace other than Earth as a regular guy was a testimony that I think fulfilled the wishes of man from a small town in Ohio.

In each of the eloquent tributes offered by friends, fellow astronauts and business leaders, you gained a measure of what is truly possible in America. How the inspiration of a model airplane can nurture a design to build and fly the real thing. Or how if someone accomplishes an impressive feat, such as going further and faster than ever before, there is someone who might just make that accomplishment even bigger and bolder right after you.

Those were the measures shared of Armstrong the aviator, the explorer, the teacher, the businessman, the friend and the reluctant hero.

In one of the most touching tributes, fellow Gemini and Apollo astronaut colleague Gene Cernan described the awe and excitement that military service personnel serving in Afghanistan and Iraq had of meeting him. Many of these people had not even been born when Armstrong took his “small step” and “giant leap.” When asked why he would come to the war zones to see the troops, his response was simply, “Because you’re here.”

It’s that kind of humility that puzzled a lot of people. Here’s a guy who could have had a stratospheric ego for all of his accomplishments. Yet, he was truly down to Earth. It’s kind of funny to think that the first man on the moon was a down-to-Earth guy.

Neil Armstrong could have deservedly taken any victory lap he wanted yet when it came for credit for being the first to step foot on another surface’s soil, he made sure everyone knew the only reason he could do it was because of the incredible support and teamwork that put him in that position. We were essentially right there along with him. He just took the step for us. I guess we live in a self-absorbed, “Hey look at me” world if it’s hard to grasp the concept of a regular guy doing the awe inspiring.

If you were fortunate enough to have met Armstrong and have a conversation with him (as I did on a couple of occasions), you walked away feeling comfortable, if not surprised, at how regular and normal he was.  He just happened to do some extra ordinary things along with being a regular guy.

All too often we tell ourselves and others to strive to be something other than what we may be, but in the end, it’s often the fact that we are regular people capable of doing the extraordinary that makes life so inspiring.

Each of us has dreams, choices and aspirations. How we go about fulfilling them is the adventure we call “life.” In celebrating the life of a regular guy from a small town in Ohio, we should all remember that the impossible is often times possible with the assistance of a really great team of people who want to get there with you. Such is the life worth celebrating that gives you pause to look up at the Moon and just wink. That’s a life well lived and that will make all the difference for years to come.