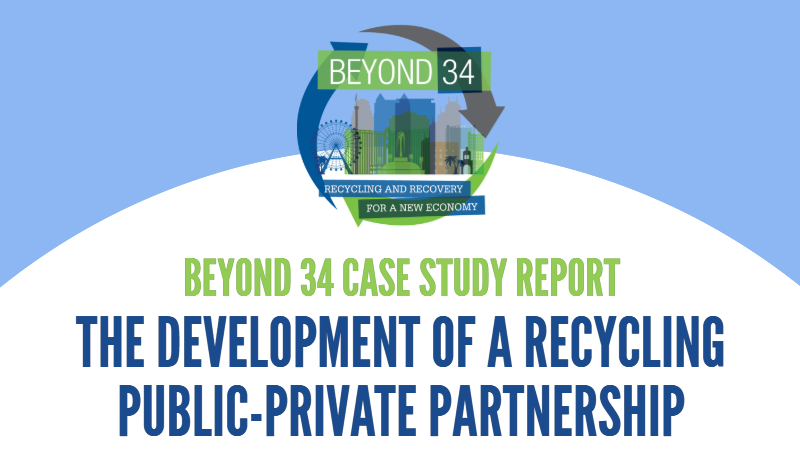 Launched in September 2017, the first-of-its-kind multi-stakeholder pilot project, Beyond 34: Recycling and Recovery for a New Economy, was established to increase the current 34% recycling rate in the United States. Kicked off in the pilot city of Orlando, FL, the project aims to provide a blueprint for businesses and communities looking to increase local recycling averages and lays out a path for success in a recently released case study.

“This case study represents the significant steps the Orlando region is taking toward advancing the local area’s sustainability and economic growth,” said Marc DeCourcey, senior vice president of the U.S. Chamber of Commerce Foundation. “We will continue working with our partners to help improve recycling and recovery rates in the Orlando region. We hope that other areas will adopt the plan laid out in this case study to implement similar localized recycling and recovery projects nationwide.”

The Beyond 34 case study evaluates efforts undertaken in the project’s pilot city of Orlando and serves as a guide for other communities seeking to strengthen their economic competitiveness through recycling initiatives. The case study illustrates how the investment is making an impact, fostering ideas for how to address the recycling and recovery gap, and providing insights on how to replicate such a project.

The report, based in part on a gap analysis provided by environmental consulting firm RRS, determined the following steps are needed in order to launch a local recycling project:

The above priorities are considered the first steps needed for implementation, and are most relevant for the achievement of goals set for the region to increase local recycling averages. In the pilot city of Orlando, project founders have supported and worked to execute these steps in tandem with local stakeholders in the region. The ultimate goal being to provide a replicable model for other regions to utilize, and offer lessons learned from the pilot.

The Beyond 34 project is a private-public partnership between the U.S. Chamber Foundation, RRS (www.recycle.com), the Orlando Regional Chamber of Commerce, and the City of Orlando. The U.S. Chamber Foundation is working with leading brands, manufacturers, retailers, industrial service providers, and other partners to tackle the recycling and recovery gap in the U.S. and accelerate recycling infrastructure development.

More information on Beyond 34, along with the regional gap analysis, is available here.