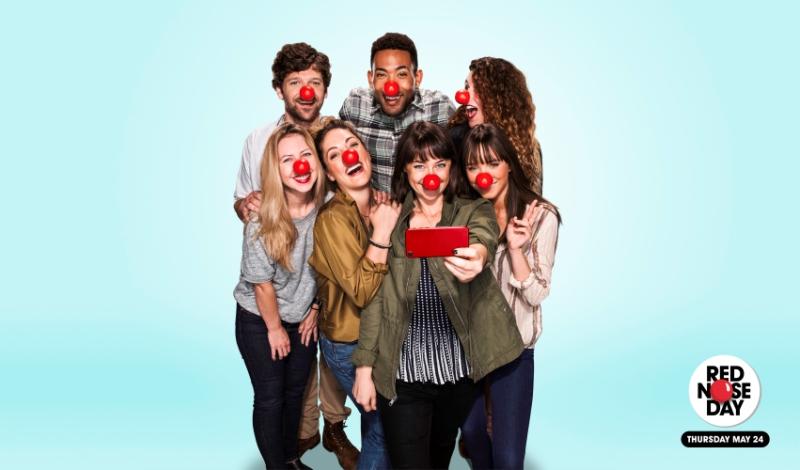 It’s Red Nose Day! And, today, workplaces, families and communities across the U.S. are coming together to have fun and make a difference, raising money and awareness for children in need.

For corporations, running an employee engagement campaign for Red Nose Day is uniquely positioned to bring fun and creativity into the workplace, a huge appeal for employees to kick off the summer.

For the second year, KPMG employees from the Washington D.C. and Tysons offices are uniting for Red Nose Day and breathing life into the firm’s commitment to education and lifelong learning. KPMG believes a solid educational foundation is the key to building strong communities. In 2017, KPMG ran a campaign across five offices, through which employees formed teams and donated to participate in a scavenger hunt, taking photos in their Red Noses across different cities. They even engaged staff that are often working offsite and unable to participate in typical office activities with their colleagues.

Red Nose Day launched in the U.S. in 2015 and is dedicated to ending child poverty, one nose at a time. An initiative of the nonprofit Comic Relief USA, Red Nose Day harnesses the power of entertainment to drive positive change.

Red Nose Day works with a number of best in class grantee partners, including Save the Children, Feeding America, Covenant House, and charity: water among others. Red Nose Day supported programs span all 50 states, Puerto Rico, and some of the poorest communities in Latin America, Africa, and Asia.

Since launching, Red Nose Day has raised over $100 million dollars, positively impacting over 8.3 million children, including providing more than 6.7 million children with essential medical services, meals for more than 32 million hungry American children, support and care for over 60,000 homeless youth, educational support for almost 900,000 children, and more. Thousands of employees from companies of all shapes, sizes, and sectors contributed to this impact.

This year, throughout the month of May, KPMG employees are once again putting their noses on and participating in several challenges to raise money for Red Nose Day: a photo contest, a corny joke contest, and a jelly bean counting contest. On May 24, employees will celebrate Red Nose Day with an outdoor party where they’ll sell chances to dunk their leadership in a dunk tank!

“KPMG recognizes life-long learning as central to building strong communities and strong economies.  We understand that students absolutely must be healthy and safe for that learning to take place. Red Nose Day offers a fun and highly visible way to keep the mission top of mind throughout the May campaign. It has quickly become a popular tradition in our offices.” -  Anita Whitehead, Principal, KPMG and Board Member, Global Impact

With Red Nose Day, it’s possible to combine joy with giving and change the lives of children in the US and around the world.

Red Nose Day USA is a fundraising campaign run by the non-profit organization Comic Relief USA, also known as Comic Relief Inc., a registered U.S. 501(c)(3) public charity. Red Nose Day started in the U.K., built on the foundation that the power of entertainment can drive positive change, and has raised over $1 billion since the campaign’s founding in 1988. Since launching in the U.S. in 2015, Red Nose Day has raised over $100 million, which has positively impacted more than 8.3 million children, both in America and abroad. Money raised by Red Nose Day USA supports programs that keep children in need safe, healthy and educated. Red Nose Day USA has received generous support from millions of Americans, hundreds of celebrities and many outstanding partners, including Walgreens, NBC, Mars, and the Bill & Melinda Gates Foundation. For more information about Red Nose Day and its impact, visit rednoseday.org. Follow @RedNoseDayUSA on Twitter, Instagram and Facebook.