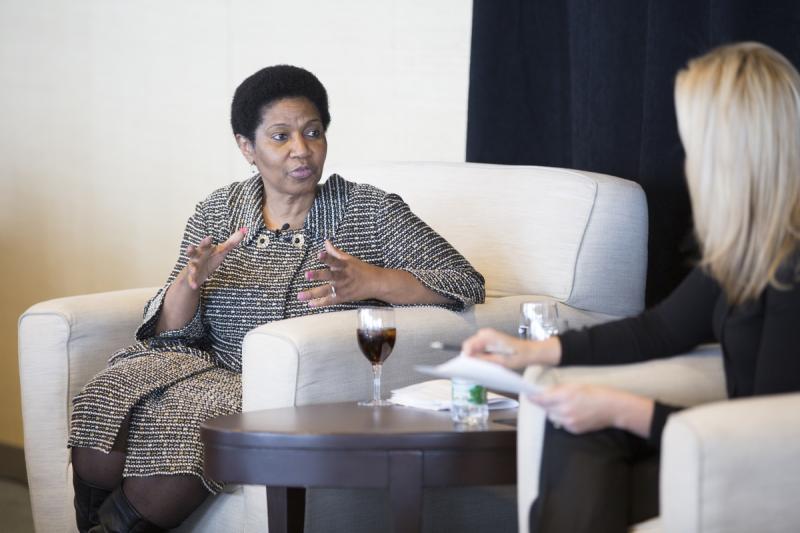 [Editor's Note: This article originally appeared in A Path to Empowerment: The Role of Corporations in Supporting Women’s Economic Progress. Phumzile Mlambo-Ngcuka will also be speaking at International Women's Day 2016 on March 7 at the United Nations. Register now to secure your spot for the event!]

One of the defining challenges for UN Women is going to be to secure and leverage game-changing partnerships. The United Nations is a partnership of governments. As UN Women, we also have a strong relationship with non-governmental actors. To make the radical changes we want to see in the empowerment of women and gender equality, we need to mobilize not just parliaments but populations, not only civil society but all society, including the business sector.

We will need friends in great places, in small places, in all places. Most important, we have to reach those who are not friends, and with whom we urgently need to connect and start the hard conversations. We are networking at an extreme stretch. Strategic partnerships are the smart way to tap into the networks in which we need a voice, and through which we can exert pressure for action.

UN Women’s vision is a world in which societies are free of gender-based discrimination, where women and men have equal opportunities, where women and girls are empowered to lead the change that they want to see, and where women’s rights are upheld in all efforts to further development, human rights, peace and security.

UN Women works to bring about change in the relationships between women and men in families, communities, societies and countries— inclusive, transformative, sustainable changes that do not pick winners and losers, but rather benefit all of humankind. Our close ties with women’s organizations on the ground let us understand what women around the globe think are the most critical issues of the day.

The challenges today are considerable. Global growth has liberated many people from poverty–but it has also widened the gap between the rich and the rest. The economic crisis pushed millions of workers, especially women, into poorly paid, insecure employment—and many have not yet escaped. Women are still most of the poor, most of the uneducated, most at risk from ill-health, most vulnerable to violence.

Yet the world is making progress towards gender equality. More girls are in school and more are staying there. Fewer pregnancies end in death, debilitating illness or injury for the woman. Countries have outlawed domestic violence, adopted equal pay laws, ratified the Convention on the Elimination of All Forms of Discrimination against Women and guaranteed women’s equal property rights. Women are standing alongside men to demand freedom, dignity and the right to participate in revitalizing their societies.

Change can happen—but partnerships are essential for change. Working with UN organizations, civil society groups, the private sector and governments, we are not only more comprehensive in bringing together knowledge and expertise from different sectors to tackle challenges, but also more powerful in creating momentum for the results and progress we all want to see.