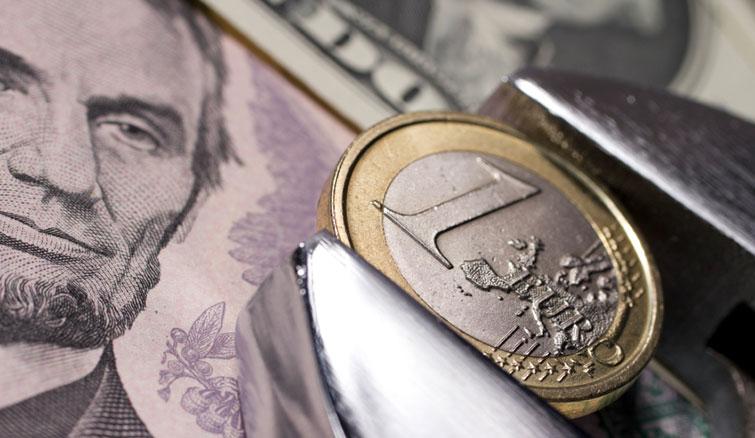 Europe is in a world of trouble. For more than three years, the continent has hurtled from one economic crisis to the next, narrowly avoiding total ruin but never escaping the tidal wave of debt. European austerity measures have aimed to reduce spending while increasing revenue, but for the most part, austerity has simply yielded higher taxes. Indeed, some European leaders (and American leaders too) seem to think they can tax their way back to prosperity, but many are also starting to realize this miscalculation is doing more harm than good. Economic recovery is not about taxes; it’s about growth.

Economic growth is a chain of dominoes that starts with innovation and entrepreneurship. To measure this in the European Union, the European Commission offers an annual Innovation Union Scoreboard assessing how each of the member states is fairing in research and innovation. In this year’s assessment, the good news for the continent is that a trend in EU innovation continues to strengthen; the bad news is that improvement in innovative performance is not consistent throughout the 27 member states. Worse still, the lack of business and venture capital investment continues to hamper the all-important shift from a good idea to a profitable company. The United States has encountered similar challenges, and there are lessons to be learned on both sides of the Atlantic.

The Scoreboard reports that overall, less-innovative European countries are not catching up to the continent’s most-innovative countries. For the third consecutive year, Sweden took the top spot as Europe’s innovation leader. Close behind are Germany, Denmark and Finland. Meanwhile, innovation rates in Poland, Latvia, Romania and Bulgaria were judged as significantly behind Europe’s innovation drivers.

Interestingly, the European countries that are struggling most in the financial crisis – including Italy, Spain and Greece – showed some of the weakest innovative capacity. Indeed, innovation performance in Greece and Cyprus actually declined. It is fascinating that nations that have historically been the cradles for exploration, empire building and even democracy could lag so significantly in their innovative potential. To be sure, new business and new ideas are founded on the efforts of today’s innovators and entrepreneurs.

It is too simplistic to conclude that the sovereign debt crises in southern Europe entirely account for poor innovative performance; however, there does appear to be a link between severe austerity measures and a lack of innovation. Entrepreneurship and innovation can be a time-consuming, costly and risky investment. To mitigate some of the risk, the world’s creative thinkers and doers need a sense of security that their government will take prudent fiscal steps and not tax to death the goose that would like to lay a golden egg. Austerity provides no such security. This is one lesson for the United States – uncertainty and rising taxes can be innovation killers.

In as much as taxes and economic uncertainty can bring innovation down, clusters of researchers, academics, entrepreneurs and investors can build it up. In the U.S. Chamber of Commerce Foundation’s Enterprising States 2012 report, Maryland, Colorado, Utah, Texas and Arizona ranked as the most innovative states. In every case, these states brought together stakeholders in the innovation process, made investments in human capital and education (particularly in the science, technology, engineering and math fields), and linked high-growth industries with new ideas and needed state-based assistance.

In Europe, according to the Scoreboard, innovation is being driven most by:

The parallels to America’s innovation success are evident, and the United States would do well to recognize the contribution from graduate students from other countries and have that reflected in U.S. visa laws. Yet, in the United States, the most innovative areas are producing tens of thousands of jobs with rising wages and robust economic activity. In Europe, while innovation may be growing, the continent still struggles to turn those good ideas into profitable ventures. This is due largely to a major difference between the United States and Europe – entrepreneurial access to capital.

The United States has a long history of fostering new business through a robust venture capital (VC) community. Risk-taking is a pillar of the free market and has been central to America’s success in bringing to market world-changing innovations. Silicon Valley and its role as the birthplace of the digital age is the epitome of how innovators, entrepreneurs and investors can create entire industries. It is one reason the United States enjoys the highest gross domestic product in the world – more than three times our closest competitor.

Europe, however, has a relatively smaller VC industry, with new businesses garnering much of their funding from banks, which are considerably more risk-averse than their VC cousins. European companies that do capture a piece of VC funding find that investors encourage profit over growth. European investors tend to demand rapid returns and criticize entrepreneurs for taking reasonable cash salaries. Those with their fingers on the purse strings view profit as more important than early liquidity. This throws up major obstacles for business growth, missing the point that if growth is championed early on, it ultimately leads to bigger markets and a more profitable long-term return.

The Scoreboard reveals that the Eurozone crisis has hurt non-R&D innovation expenditures and VC investments – this for a region where VC was hard to come by in the first place. The European Commission’s Innovation Union has taken some steps to rectify this challenge, such as by creating a "European Venture Capital Fund" label for investment funds. This helps increase available capital for start-ups by making it easier for the VC industry to raise funds throughout the Union. Recognizing that traditionally risk-averse banks play a critical role in supporting new European businesses, the Innovation Union is also working towards “risk-sharing instrument agreements” that encourage banks to provide more loans to entrepreneurs and small businesses.

One asset of the digital era is the rise of crowdfunding, which turns to individual investors as sources for early-stage seed funding (rather than multi-million dollar venture capital funds). As well as pitching to the small European VC community, entrepreneurs and new businesses could leverage online capabilities and take their search for funding to the global stage. Even as European VC has been hurt by the Eurozone crisis, crowdfunding could be a game changer for the continent.

Lessons for the Competitive Landscape

Europe is taking steps in the right direction, but the Union still lags behind the world’s leading innovators – the United States, Japan and South Korea. The Scoreboard shows that Europe lags in the areas most important to innovation: “business R&D expenditures, public-private co-publications, and patents, as well as in tertiary education.”

The United States should take note of the elements that hold back European innovation and entrepreneurship and continue concerted efforts to bolster them in America. Advanced education breeds new experts and innovators; R&D gives these innovators a method for exploring and improving new ideas; and patents make these new ideas profitable for investors, which helps make new business, new jobs and new revenue possible.

Perhaps the most important takeaway for America’s public and private sector leaders is that our competitors are not sitting idly by while the United States fumbles in attempts to foster new business. We face real competition from abroad, and no one wins a race by standing still, no matter how great our national lead.