Making Cars Human By Taking Away the Driver 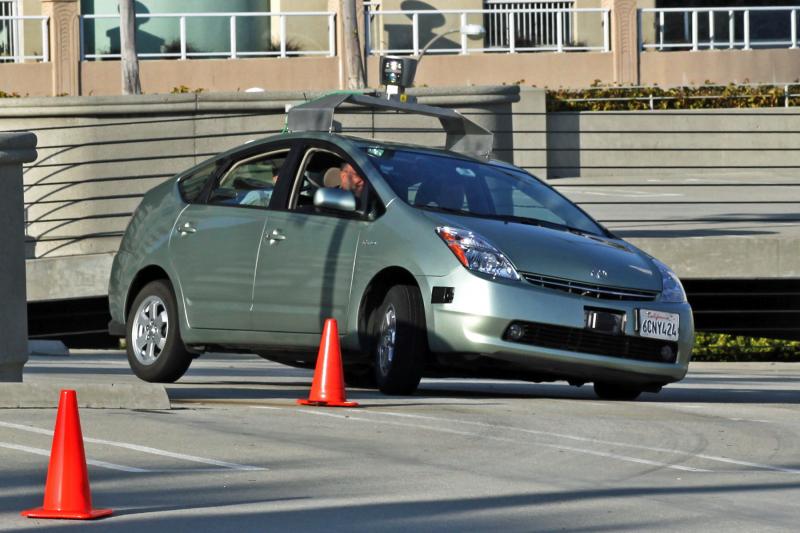 We have all found ourselves yelling at a machine, whether it be the TV that doesn’t want to turn on or the oven that seems to never preheat fast enough. We fight with the machine very-well knowing it is not going to fight back. But this won’t last for very long. Self-driving cars are going to be the new machines we’ll direct a harsh tone towards, but this machine isn’t going to let it slide.

The new patent opens the doors for a variety of communication options between the futuristic car and the typical pedestrians. One of the initial reasons for filing the patent was to make pedestrians aware of the car’s next move because there is an element of trust that is lost with switching from human drivers to robot drivers. Despite the advanced technology of autonomous vehicles, it seems as though people trust the natural human instincts that come while driving more than the automatic movements that machines make.

Mounted screens on the side of the car (with a potential of also appearing on the roof, hood, and rear) to display to pedestrians if it is safe to cross the street is one avenue of communication that will bridge the gap between pedestrians and self-driving cars. The possible displays on these less-than-obvious screens could be a descriptive text, stop sign signal, or a different type traffic sign.

But the communication between these oddly shaped robots and on-foot travelers doesn’t stop there.  Audible chimes and suggested instructions will accompany these texts and signals to indicate certain messages. Phrases like “safe to cross” or “coming through” will project externally via large speakers to necessary travelers.

While these features follow along the lines of what represents a “robot”, it would not be outrageous for the driverless car to take on more human characteristics. Imagine a world with driverless car with robotic hands that gestures typical hand motions in everyday traffic…and you follow these gestures to keep with the flow of the road.  Now stop imaging and look a few years into the future. The patent granted to Google in November 2015 explains how these cars mimic human behaviors through certain mechanisms. To do this, developers of these human-like vehicles can add robotic hands to make gestures, just like typical drivers, indicating it is safe to cross.

But a five-finger hand isn’t the only human feature that we can expect to appear in the near future. Robotic eyes on the front of these autonomous vehicles will be implemented to add a different type of ‘human-ness’ to these machines. The eyes will allow for pedestrians to understand that car actually sees them while engaging in traffic.

Through speakers, robotic hands, and electric eyes, autonomous cars will encompass human features that will ultimately allow them to communicate with the outside world unlike ever before. These robots are taking on abilities that can open them up to a new world of communication. Talking cars are crazy enough, but being able to make eye contact with a machine and know it can respond to a stare is taking on a whole new meaning of artificial intelligence.

Non-verbal communication is one aspect of human nature that clearly separates us from the rest of the world, but now that cars can engage in this act, there is no telling to what type of relationship we are going to have with robots in the future. If that isn’t something you can grasp now, it may be time to start. In remarks at the 2015 Frankfurt Auto Show, the U.S. Secretary of Transportation stated that he expects driverless cars will be in complete use all over the world within the next ten years.