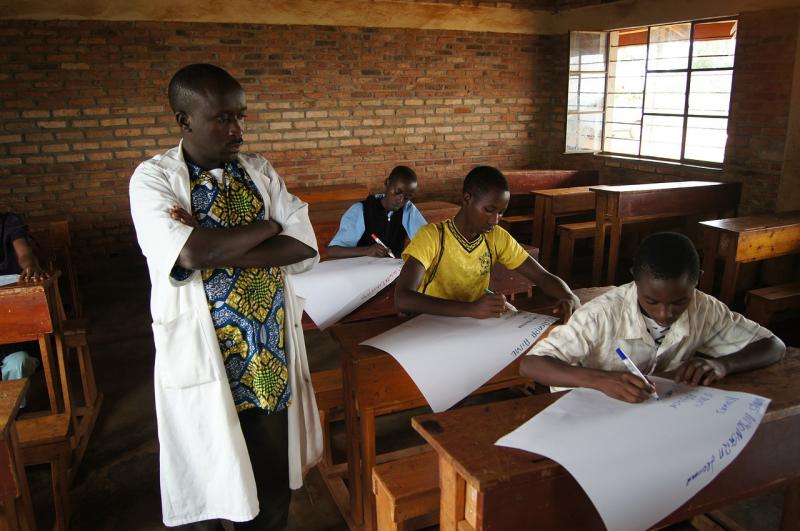 The Problem at Hand

Rural women and girls make up nearly one quarter of the global population, but often figure at the bottom of every economic, social, and political indicator. The United Nations estimates that 781 million people aged 15 and older remain illiterate. Of these, approximately two-thirds are women, which has remained unchanged for two decades.  How can we fix these statistics?

International Women’s Day, March 8, is meant to celebrate the social, economic, cultural, and political achievement of women. This year’s International Women’s Day, the Western Union Foundation announced their commitment to a second phase of Education for Better. The WU Foundation is investing $10 million to educate 50,000 women and youth in both traditional and vocational training by the year 2020. The WU Foundation has teamed up with six NGO’s to better support education in key regions around the globe: National Academy Foundation (US), SOS Children’s Villages (Africa), Save the Children (Asia), Teach for All (Europe), Education For Employment (Middle East), and Junior Achievement Americas (Americas/Caribbean).

Western Union asks Western Union employees, NGO representatives, and Foundation friends to help them promote empowerment through education. They ask that you share a story of how a teacher impacted your life by emailing WUFoundation@westernunion.com or tweeting using the hashtag #Ed4Better and completing the sentence “Because of ________ (teacher first name), I accomplished ___________.”

Education proves to be an extremely important path to economic opportunity and financial inclusion. Education for Better was launched in 2012 to support education around the world and continues to successfully use Western Union resources – marketing, advocacy, strategic philanthropy, employee engagement, and communication – in order to effectively support and further traditional and vocational education for women and youth.  WU Foundation has already moved more than $7 billion in principal for education through Western Union Business Solutions, raised $60K through consumer donation, and supported one million days of schooling through their PASS initiative.  Western Union firmly holds that “Moving money for better means moving money for a better world – creating value for individuals, businesses and for society.”