U.S. Chamber of Commerce Foundation / The New Star Wars: Why the Pentagon is Setting Up Shop in Silicon Valley
General Foundation
April 30, 2015

The New Star Wars: Why the Pentagon is Setting Up Shop in Silicon Valley 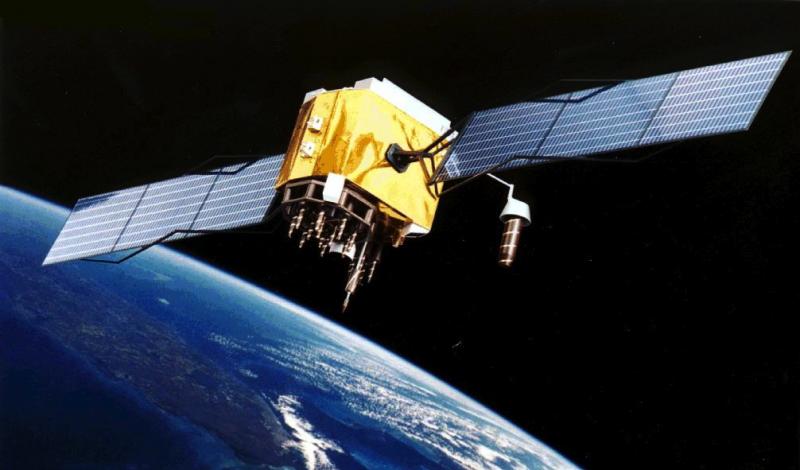 Fans of the space epic Star Wars are eagerly awaiting the release of the next installment in the film series scheduled for late December, but there is already a real-life battle in space, and the U.S. government is looking to the private sector for help.

During a recent speech at Stanford University, Defense Secretary Ashton Carter called on the Nation’s best and brightest to take a tour of duty with DoD, enticing the audience with several groundbreaking technologies under development. Carter said:

“We’ll push, for example, the performance envelope in timing and navigation technology by harnessing Nobel Prize-winning physics research that uses lasers to cool atoms…The result would be a GPS of things—akin to the Internet of things—where objects, including our military systems, keep track of their position, orientation, and time from the moment they are created with no need for updates from satellites.”

If achieved, this “GPS of things” would be truly transformational in terms of how America prepares for and avoids future military conflict. In my mind, Carter’s Stanford remarks are one of the two most important strategic addresses made by a Secretary of Defense in the past decade (the other being notable remarks from then Defense Secretary Robert Gates’ 2007 Kansas State University speech discussing “soft power.”

So what is this “GPS of things,” and what does it mean for the future of warfare and commerce?

Smaller Than a Penny, as Good as a Satellite

Every time you check the local weather, get driving directions from a map application or do any number of things that require your precise location, you are using the U.S. GPS System. Considering its importance to modern society, the system itself is rather small, consisting of just 32 satellites in orbit. Beginning in the 1970s, the GPS System was developed and launched by the Defense Department, reaching full operation in 1995. An order by President Clinton in 2000 more fully opened the system to public use, unleashing an enormous revolution in innovation that we continue to enjoy today. Garmin, TomTom and OnStar are examples of popular companies that offer products that make GPS an everyday accessible resource to millions of consumers.

Yet, there are some serious vulnerabilities in this critical, aging system, and not just that it is near-impossible to anticipate threats emerging in the 73 trillion cubic miles of near-Earth orbit. The satellites use weak signals that may be susceptible to jamming or even interruption by sophisticated hackers. More troublingly, China, Russia, and other nations are developing capabilities to destroy satellites in orbit. In a state of war, an adversarial nation could conceivable shut down U.S. military communications and other tools. Before he returned to the Pentagon for second time as Secretary of Defense,  Donald Rumsfeld led a commission of national security and technical experts that concluded that an attack on U.S. satellites would be considered an act of war. As bad as that is, consider the catastrophic effects that disrupting the GPS system could have on commerce and society.  From airline travel, to supply chain monitoring, to agriculture uses, and everyday package delivery, it is one of America’s greatest assets and potentially a tremendous Achilles’ heel.

To address this, the Defense Advanced Research Projects Agency (DARPA) is already working on a replacement for the current GPS system. Even as the U.S. Air Force is working on a new $5.5 billion satellite constellation (dubbed GPS III) using more robust satellites with stronger signals, DARPA is looking farther down the road. What if we didn’t need GPS satellites at all?

Sec. Carter’s vision for a “GPS of things” is not yet a reality, but we are getting closer. DARPA is working on a Micro-Technology for Positioning, Navigation and Timing (Micro-PNT) program. To get from point A to point B, navigation tools must measure orientation, acceleration and time. There have been dramatic improvements in microfabrication, allowing University of Michigan DARPA researchers to advance a timing and inertial measurement unit (TIMU), a 10 cubic millimeter chip that contains highly accurate clocks, accelerometers, and gyroscopes that can maintain precise location information in the absence of GPS signals. With this chip, technologies that rely on GPS would be able to continue operating if the satellite system were temporarily disrupted. 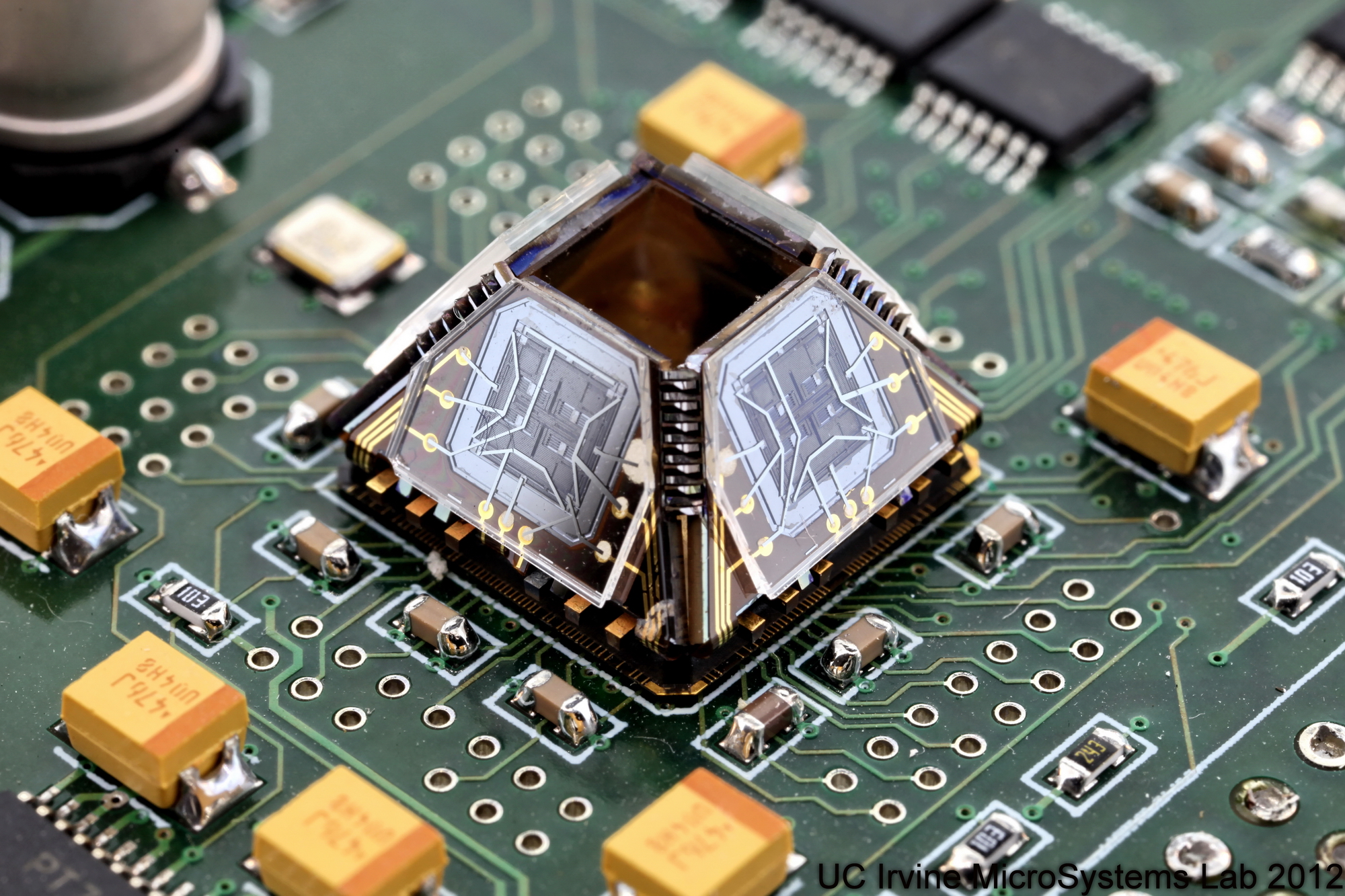 This is a major advance, but TIMU chips still require occasional contact with the GPS system to re-calibrate and maintain accuracy. This is not yet Sec. Carter’s “GPS of things,” which would never require contact with a satellite system. Bring that vision to fruition will take a lot more work and talent, which is why Sec. Carter traveled to California in the first place.

Private Sector to the Rescue

Many of the technologies we enjoy today have their origins in government-sponsored research, often geared towards national defense and military application. For example, both GPS and the Internet are the offspring of government research programs. For as breakthrough as these government offspring may be, however, only the private sector can bring these technologies to market. When that happens, it yields a long-standing trend of new technologies emerging from the public sector that can be to be capitalized on in the private sector. Sec. Carter wants to leverage this dynamic and turn the Pentagon from a technology exporter into a technology importer.

He is doing this in part by creating a Defense Innovative Unit Experimental. He told his Stanford audience this first-of-its-kind initiative will be “staffed by some of our best active-duty and military personnel, plus key people from the Reserves who live here [in California] who are some our best technical talent…They’ll strengthen existing relationships and build new ones; help scout for new technologies; and help function as a local interface for the department.”

This makes a lot of sense. Collaboration is far smarter, cheaper and more efficient than attempting to recruit the best and brightest technological minds away from the Nation’s high-paying, perk-laden technology companies. More than this, competition is the most powerful driver for innovation and new technology. A satellite-free navigation system, for example, could completely revolutionize how our technologies operate. It will unleash a race to integrate new capabilities into existing products and develop new products altogether.

There is no telling what kinds of world-changing innovations will result from bringing the private sector to the table as a partner in national security (rather than a subordinate to government research). And that’s the whole point. Keeping up with a rapidly changing, dynamic security environment is too much of a challenge for any one organization (even DoD). It is the private sector that possesses the right people and motivations to drive the development of new technologies that the Pentagon needs to stay ahead of emerging threats.

It is heartening to see Sec. Carter take the Defense Department in this new direction. It shows a public sector appreciation for just how powerful the private sector can be in imagining and delivering on a range of emerging technologies, from biomedicine to robotics to a revolutionary GPS of things. As the Secretary said:

“If we’re going to leverage these technologies to defend our country and help make a better world, the Department of Defense cannot do everything in all these areas alone.  We have to work with those outside.”

That’s the kind of public-private relationship this country needs. We are all in this together, and 324 million free people united towards a common goal will ultimately always succeed, no matter who they work for.