The Congressional Budget Office has released its budget and economic outlook for 2015-2025, and there is not a lot to cheer about.

The CBO's report offers stern warnings about the slow rate of economic growth and the size of our national debt, despite strong economic growth in the last two quarters of 2014.

This latest CBO report is an update from last year's projections, which served as the basis for the Foundation's report The Growth Imperative: How Slow Growth Threatens Our Future and the American Dream. In that report, economist Douglas Holtz-Eakin of American Action Forum—and a former CBO director—pointed to a projected annual growth that was rate well under the historical trendline. 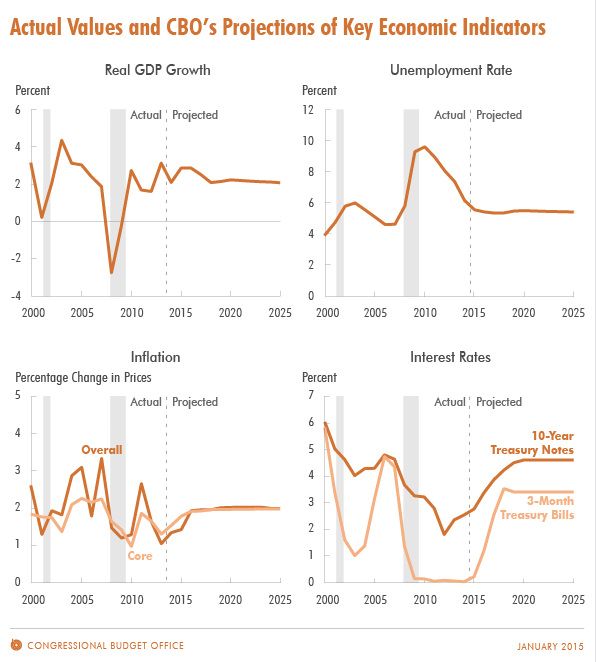 And things aren't looking any better a year later.

What does a single percentage point of growth mean? According to Holtz-Eakin, a growth rate of 3% represents 1.2 million more jobs and $4,200 more in annual income.

Other "lowlights" from the CBO outlook:

According to Holtz-Eakin, this slow growth and growing debt can only be addressed through policy changes that emphasize entitlement reform.

"The CBO outlook is a reminder that recent declines in the deficit are not a tribute to policy, but rather to a resilient private sector that has risen from the depths of the Great Recession," Holtz-Eakin wrote on the American Action Forum blog. "To the extent that policy has been involved, it has been a mistaken focus on discretionary spending caps at a time when mandatory spending is exploding." 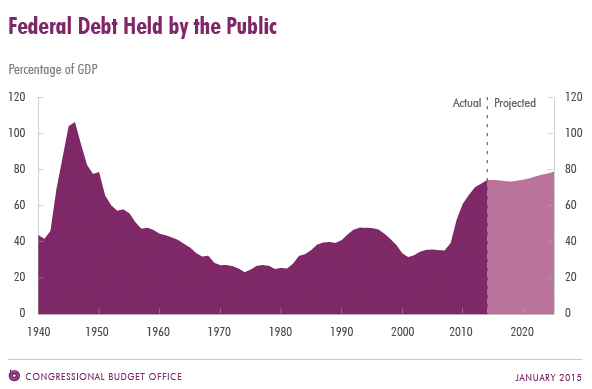 The U.S. Chamber of Commerce Foundation is launching a nationwide tour to educate people about the importance of more economic growth.

The Growth Imperative Tour will begin on Jan. 28 in Richmond, Virginia during the Virginia Chamber of Commerce Capitol Days event. Foundation President John R. McKernan Jr. will join J.D. Foster, the deputy chief economist of the U.S. Chamber of Commerce, in outlining the danger of our slow growth path.