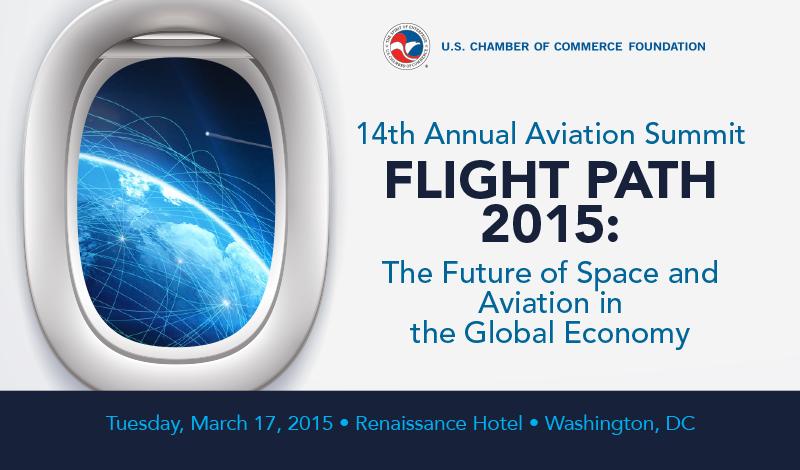 More than two dozen aviation executives will be on the ground in Washington on Tuesday for a day of discussion that will span subjects from space exploration to FAA reauthorization.

The 14th Annual Aviation Summit, presented by the U.S. Chamber of Commerce Foundation, will include keynote speeches and panels from the some of the most influential minds in aviation.

The U.S. Chamber of Commerce will honor Gordon Bethune, the former CEO of Continental Airlines, with the Carol B. Hallet Award for contributions to the aviation industry.

The theme of this year’s summit is Flight Path 2015: The Future of Space and Aviation in the Global Economy.

In addition, Etihad Airlines will host a life-size display of its “residence” suite, featuring a bedroom, living room with flat-screen TV, and butler service.

The sold-out summit will be held at the Renaissance Hotel in Washington, D.C.