U.S. Chamber of Commerce Foundation / The Real Star Wars is All About the Future and New Competition
General Foundation
December 18, 2015 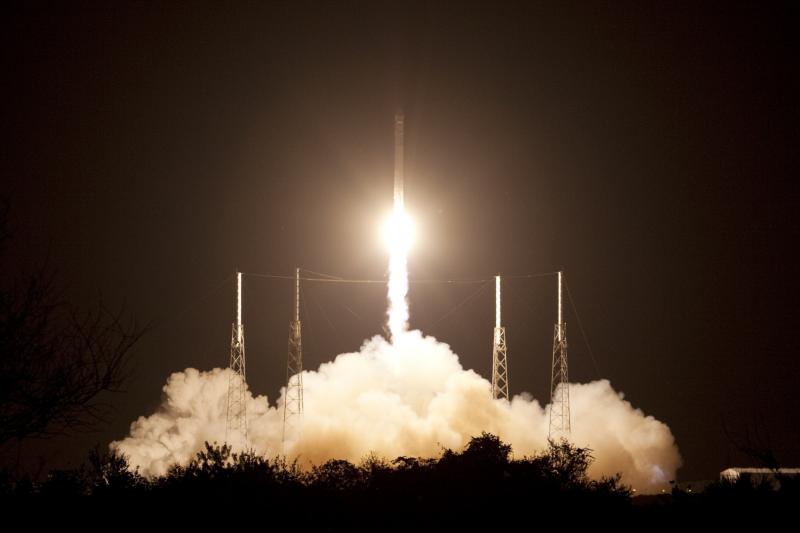 Tweet Facebook
Star Wars may be fiction, but the race for private exploration of space is very real.

After much anticipation, the iconic Star Wars narrative has begun again. Sold out shows and theaters packed with literally generations of people show just how much we love setting our imaginations free, taking to the stars and untold adventure. The Star Wars tale speaks to the inherent human thirst for exploration—to compulsively peer over the next hill, the next mountain, and the next horizon and go there!

While light sabers and hyper-drive space engines for the jump to light-speed are fiction, there has been stunning success upon success in the area of New Space, the private sector-driven development of space technologies and transportation. Here, we don’t have a dark and light side, an empire and a rebellion. But we do have teams of scientists and entrepreneurs partnering as well as competing day and night to breach that next horizon and capture all the benefits it yields.

November brought a big breakthrough. The New Space company, Blue Origin, founded by Amazon’s Jeff Bezos, brought a used rocket back down to earth, landing it safely upright in West Texas. That’s a pretty far cry from the Millennium Falcon speeding out of an exploding Death Star, but in the real world, it is a game-changing success.

The closest we have seen to this accomplishment was the NASA Space Shuttle Program, which brought its spacecraft back gliding to Earth and the reusable, multi-piece solid rocket motors which would splash into the Atlantic for later recovery.  Indeed, in every single previous rocket launch in the history of the world, no rocket stack has ever landed back to Earth where it can be re-used again. Until now.

Blue Origin’s success completely changes the economics of reaching orbit, which is the most costly aspect of operating in space. By re-using rockets, space companies can steadily reduce launch and operational costs, opening a vast new environment in which the private sector can do what it does best—innovate and compete. And to be sure, that competition is white hot.

The renowned company SpaceX (which holds a $2.6 billion contract with NASA to ferry cargo, and eventually people, to the International Space Station) has also been trying to bring its rockets back to Earth in one piece as well. For several reasons, SpaceX has elected to aim for a floating platform in the ocean, where failed attempts and exploding rockets cannot cause damage. The company has some remarkable commercial bravery, as it has been broadcasting its landing attempts for months. Sadly though, those efforts have come close but have been unsuccessful. Despite those failures, each landing attempt is getting them closer and closer to the landing we all want to see – upright and in one piece!

Now Blue Origin has upped the stakes, and no doubt the folks at SpaceX are feeling the pressure. They are competing to be first movers, to be the most efficient, the safest and the most economically viable. They are literally carving out a new industry, and a big part of all these incredible breakthroughs is the risk-reward nature of the U.S. private sector.

From all the real Skywalkers I’ve had the good fortune to meet, know and work with in my life, it is clear that it takes a special breed of person to sit on top of two million pounds of rocket fuel and blast into the unknown. It also takes a special breed of person to charge fearlessly into a new industry, failing over and over and never relenting in their effort. For as much as New Space depends on technology and the people who build and run it, it is the resilience of the entrepreneur that keeps pushing us across the next horizon.

And there are many of these fearless risk-takers in New Space, not just building rockets but also satellites, equipment to sustain life in the most unforgiving of environments, and even a space hotel. As these innovators and companies make more breakthroughs, they open up new opportunities and new ideas. Not even the sky is the limit.

With just a little competition, we can fuel unlimited potential. And maybe, in some distant future, a space-exploring innovator will muse, “A long time ago, in a galaxy far, far away…”