U.S. Chamber of Commerce Foundation / The Regulatory Breakthrough That Could Spur The Economy

The Regulatory Breakthrough That Could Spur The Economy 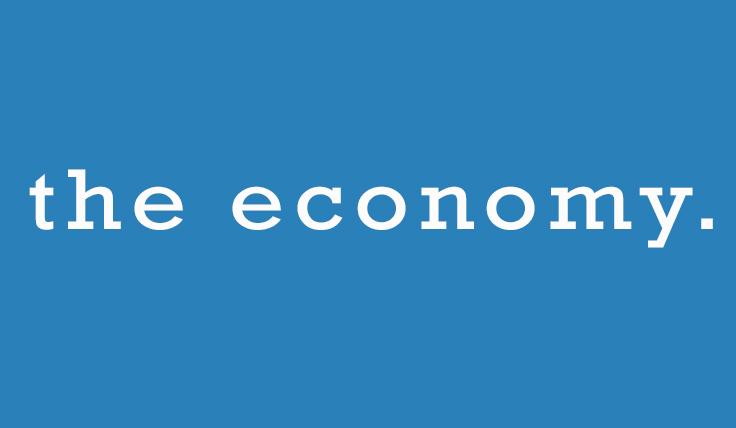 This summer you may have seen lots of TV ads for Insperity, a publicly-traded consulting firm that specializes in human resources, and which is now growing its business combatting regulatory complexity. The ads show towering stacks of regulation with the narration:

"Healthcare reform has generated over 15 thousand pages of regulations filled with increased complexity, compliance, and cost for your business. You could spend the time trying to figure it all of it out or you can trust Insperity to handle it for you."

The metastasizing Administrative State is finally gaining widespread attention. And not a moment too soon. This spring we published a report showing how regulatory complexity often hurts people, firms, and industries, and has become perhaps the largest single drag on the American economy. In "Keep It Simple: A New Take On Regulation," we suggested principles that could help guide policymakers as we embark on a long road back to regulatory sanity. We were not the first to make many of these points, but in recent months the evidence and awareness of the problem exploded.

Ironically, the breakthrough may have begun with top White House advisor David Axelrod, who, while attempting to absolve the chief executive of incompetence or worse within the bureaucracy, correctly noted that:

“Part of being president is there’s so much beneath you that you can’t know because the government is so vast.”

Rarely have truer words been spoken.

The bureaucracy continued to make the case against itself when Mark Mazur, Treasury's Assistant Secretary for Tax Policy, announced on July 2 the one-year delay of one of the Affordable Care Act's central provisions, the employer mandate.

"We have heard concerns about the complexity of the requirements and the need for more time to implement them effectively."

Dan Henninger marked this as The Date Big Government Imploded.

This week The Hill, in the first of a multipart series, summarized the current regulatory boom:

"President Obama has overseen a dramatic expansion of the regulatory state that will outlast his time in the White House.

"The reach of the executive branch has advanced steadily on his watch, further solidifying the power of bureaucrats who churn out regulations that touch nearly every aspect of American life and business.

"Experts debate whether federal rule-making has accelerated under Obama, but few dispute that Washington, for better or worse, is reaching deeper than ever before into the workings of society."

In the second part of the series, The Hill zoomed in on the Administration's unilateral approach to enacting broad policies:

"President Obama has assembled a new cadre of lieutenants to enact policy shifts through regulation during his second term.

"Many of the agency heads and top-ranking officials will be tasked with implementing scores of federal rules that will help shape Obama’s legacy.

“'In general, in a political environment in which passing new legislation is very difficult, most of the policy action is likely to come through actions taken within the executive branch,' said Philip Wallach, a fellow at the Brookings Institution. 'Much of that is going to be regulation.'”

This week President Obama again highlighted the problem, perhaps unwittingly, when he gathered financial regulators in an attempt to prod action on a host of rule makings. As BloombergView explained:

"In Washington, they call it being taken to the woodshed. That’s what happened this week when President Barack Obama summoned nine financial regulators to come in for a talk. The president wanted to know what’s taking them so long to write the rules needed to make sure that the 2008 economic crisis won’t be repeated.

"After all, it has been more than three years since the Dodd-Frank financial reform law passed. Yet less than 40 percent of the law’s requirements have been met.

"One reason is the long list of agencies represented in Obama’s office: the U.S. Treasury, theFederal Reserve, the Office of the Comptroller of the Currency, the Consumer Financial Protection Bureau, the Federal Housing Finance Agency, the Commodity Futures Trading Commission, the Federal Deposit Insurance Corp., the National Credit Union Administrationand the Securities and Exchange Commission.

"Our head is spinning, too. Many of these have overlapping duties. And the leaders of all the agencies seem to have the natural impulse that drives bureaucracies: elbows-out protection of turf. The result is a lot of unnecessary delay."

Some argue that Congressional non-cooperation is getting in the way of regulatory implementation. There are several responses:

(1) The government 80,000 pages of rules each year, and is busy working on hundreds or thousands of new rules. According to an unpublished Congressional Research Service report, the government has missed more than half its own deadlines for ACA rule implementation, few if any of which were impacted by Congress. As we see with financial reform, most of the delays have to do with bureaucratic infighting. Many in Congress and perhaps a majority of Americans oppose most of these new rules. Yet the bureaucracy chugs ahead.

(2) Regulation this massive and complex will, almost by definition, suffer implementation difficulties, both initially and over time.

(3) ACA was passed with a bare majority of Congress using parliamentary tricks, and over the robust objections of most Americans. One of the very reasons why legislation this massive and complex, if it is to work at all, which is doubtful, needs broad support is so that the country is patient through these inevitable hiccups (or worse). You cannot pass economically unsound, poorly crafted legislation that empowers a "vast" bureaucracy fundamentally to transform the largest sector of the American economy and then depend on 60% of the country, who vociferously oppose that policy, to make an unworkable policy work. Even if that 60% did an about-face and supported it wholehearted, it is unlikely the ACA would be in even marginally better shape today.

These are some of the most basic reasons why complex top-down government impositions work so rarely, wherever they are tried. The blame-it-on-Congress line is simple misdirection. The ACA is failing under its own weight, not some outside force.

And this gets to the bigger issue. The failed implementations and delays highlight one problem with regulatory complexity. But there are more fundamental problems. Even the smoothest running bureaucracy can be very good at enforcing bad policy. Uncertainty is indeed a problem. But regulations that are well defined and understood can be just as bad, or worse.

As Ike Brannon and Sam Batkins recently argued, we are deluded if we think our cost-benefit analyses even remotely capture real world impacts. The EPA uses made-up numbers to wildly inflate the value of its anti-energy agenda, and the OMB's annual cost-benefit report only surveys a tiny fraction of regulations. But it's even worse. Conventional cost-benefit analysis does not (and cannot) account for most of the effects of most regulation. As we ask in our Keep It Simple report, what analysis can capture the effect of the Financial Panic (chiefly a product of regulatory interplay) that cost the economy many trillions of dollars and whose ripple effects are still being felt?

Perhaps, someday, we will mark this summer as the moment the rise of the regulatory ocean began to slow and our economy began to heal.