U.S. Chamber of Commerce Foundation / See That Drone? It's Watching Your Field
General Foundation
May 15, 2014

See That Drone? It's Watching Your Field 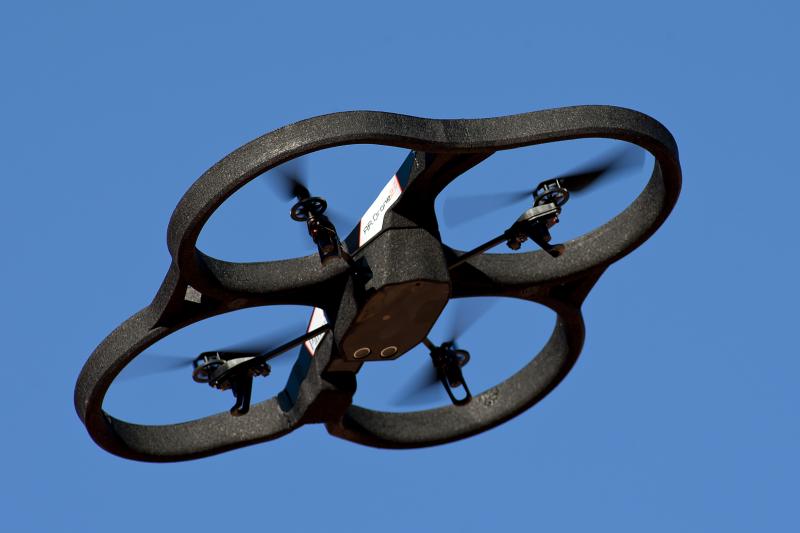 After the recent news of a recreational drone that crashed on the White House lawn the topic of drones and regulation is a hot topic again. It also speaks to the ongoing relevance of this piece, originally published on May 18, 2014, that touches on the use of drones to assist in agriculture.

Chris Anderson at the MIT Technology Review recently looked at how farmers are deploying cheap, easy-to-use drones armed with cameras to fly over their fields. These radio-controlled aircraft, made by companies such as 3D Robotics and PrecisionHawk, allow for closely monitoring crops while improving water use and pest control. They roam on autopilot at low-altitude using GPS to run pre-programmed routes overhead. Photos taken from plain point-and-shoot cameras onboard (though some drones are equipped for multispectral imaging) are then stitched together by software on the ground to produce high-res mosaics.

While these advancements are letting farmers do more with less, they’re also a harbinger of much bigger change afoot:

It’s part of a trend toward increasingly data-driven agriculture. Farms today are bursting with engineering marvels, the result of years of automation and other innovations designed to grow more food with less labor. Tractors autonomously plant seeds within a few centimeters of their target locations, and GPS-guided harvesters reap the crops with equal accuracy. Extensive wireless networks backhaul data on soil hydration and environmental factors to faraway servers for analysis.

Data-driven agriculture seems to be a win-win for farmers and consumers, as well as a positive development for society itself. As Anderson concludes, “More and better data can reduce water use and lower the chemical load in our environment and our food. Seen this way, what started as a military technology may end up better known as a green-tech tool, and our kids will grow up used to flying robots buzzing over farms like tiny crop dusters.”