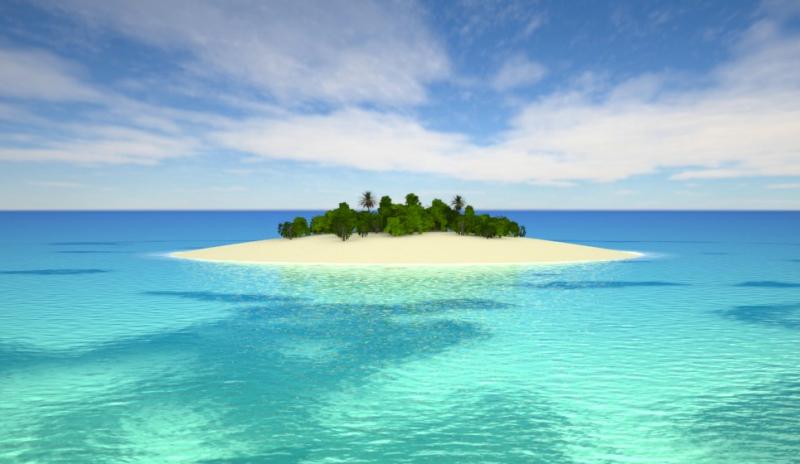 There’s a lot of warm and fuzzy talk these days about how the United States is speeding out of the recession and back to its former economic glory, but it does not stack up against reality. The United States faces serious challenges to economic growth (like slow jobs growth, regulations, and a growing skills gap) with nothing less at stake than the future of the most populous generation in history, the Millennials.

The scary truth is that Millennials are a generation born onto an island of incredible possibility in terms of creativity and innovation, but they have rising and destructive seas encroaching on their future. On one side, they have waves of crushing student loan debt and an anemic economy that has produced too few jobs to employ them all.

Looming on the other side of the island is a cataclysmic tsunami of even more crushing debt from entitlement programs that will no longer be solvent in less than two decades. In this time, Millennials will enter their prime earning years and many will be working to send their kids off to college. It is this generation that is going to be stuck paying the monstrous bill we have racked up while having very little (or even nothing) to put towards their own futures.

There is a long list of fixes and reforms that need to happen if we are to calm the waters raging around the Millennial island. One of the most important, however, is the burdensome, expensive manner in which the country’s local, state, and federal governments seek to unilaterally control the private sector and apparently without much concern for the impact on the economy.

John Dearie, Executive Vice President at the Financial Services Forum and co-author of “Where the Jobs Are: Entrepreneurship and the Soul of the American Economy,” wrote recently for the Manhattan Institute’s nonprofit , e21, that there are a host of factors hindering entrepreneurship, one substantial challenge being the enormous amount of regulations that have been heaped upon the private sector.

Dearie cited evidence from the latest “Ten Thousand Commandments” report, which is an annual overview of the compliance costs from federal regulations. According to the report, during the last two decades, the national regulatory burden has increased by 9 final rules every day (3,500 a year; more than 87,000 in total). The cost of compliance falls entirely on the private sector, but that does not mean consumers don’t pay. On average, according to the report, regulations cost households nearly $15,000 a year. Let that sink in for a minute. The average U.S. household income is about $50,000, which means 30 percent of their earnings are gobbled up by regulations. For all the talk about minimum wages and reducing income disparity, every American household could enjoy an extra $15,000 without doing anything different; Washington just needs to get out of the way. As President Reagan famously said, “Government is not the solution to our problem; government is the problem.”

This is troubling enough, but what is even more concerning is that productivity, prosperity and jobs all suffer from the regulatory burden. As Dearie writes, “Start-ups drive innovation, which drives productivity, which drives economic growth.” This upward economic cycle, however, never gets off the ground when regulations make it difficult to start and grow new businesses, and the regulatory system seems to be biased against small business—(the same small businesses that create nearly all of the new jobs in this country).

The “Ten Thousand Commandments” report notes that the smaller the business, the higher the cost of regulation per employee. Companies with more than 500 employees pay, on average, $7,755 per employee; businesses with fewer than 20 employees pay $10,585.

None of this is to say regulation is inherently bad. It does have a role to play, especially when it comes to protecting the public, but when regulation stamps out potential, we have to ask: "What's the point?" This is not an academic question, and the growing mountain of regulations is not something we can afford to ignore. For all their tech savviness and fresh takes on technology and business, the Millennial generation is staring into an uncertain future.

Reinforcing the status quo of empowering regulatory schemes that hold innovation back is a recipe for a dim future. Nations that fail to evolve with the times, like businesses, become relics and museum pieces. The current regulatory system, as well as the nation’s immigration policies, systemic education problems, and a persistent sense of uncertainty, are all untenable in the world we currently inhabit, even more so in the decades to come as the Millennial generation ages. We need to implement the reform and flexibility that will allow us to evolve with technologies and breakthroughs, with new innovations and start-ups, and with a dynamic world where jobs, competition and growth are the pillars of success.

The Millennial island need not drown. The (only) solution for the Millennials, and for all Americans, is growth. It is the avenue of potential, the path that raises people, ideas and innovations. Without growth, the Millennial island will become the lost city of Atlantis, swallowed up in the waters of poor fiscal policy decisions (and discipline) and burdensome regulations that stopped boats of opportunity from ever setting sail because they were anchored in the harbor.

The human spirit is predisposed to explore, create and innovate. These things are at the heart of entrepreneurship. If we bury the country’s entrepreneurial potential under a mountain of regulation, not only do we hurt our economic future, we also preclude new generations of Americans from realizing their full potential. We stymie their growth and their ability to enjoy and learn from the successes and failures that cannot be encountered in any other country the way they are here. If the United States and its citizens hope to recapture the seemingly unlimited potential of the pre-recession era, we have to drop the anchor of regulation. It’s time to grow, if we can.

05/20/14
Millennials: Better With Money Than You Think
Melissa Edwards