Uncle Sam Wants Tech Talent…and So Does Everyone Else 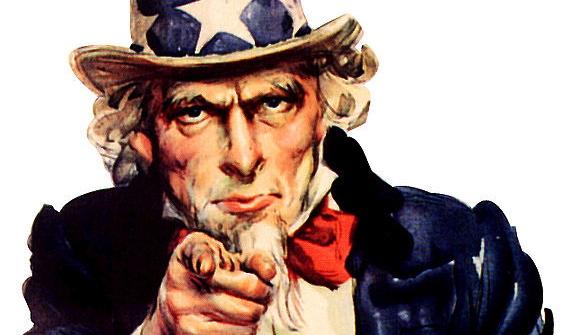 The infamous Tommy-gun toting John Dillinger was once asked why he robbed banks. He responded, “Because that’s where the money is.”

That simple logic is similar to the thinking of government leaders who are looking to “the Golden State” as a vault holding a priceless commodity—a high-tech workforce. This week, Department of Homeland Security (DHS) Secretary Jeh Johnson spoke at a RSA conference on cybersecurity, and he made a call for technology specialists to join the government in a tour of duty in the cyber battlefield. Talented tech experts need not leave Silicon Valley, as Johnson explained his vision for the California-based DHS National Cybersecurity & Communications Integration Center to be the heart of the department’s cyber efforts.

Johnson, however, has competition. Defense Secretary Ashton Carter is working to pull tech talent into the Defense Department (DOD), reorienting the Pentagon from “technology exporter” to “technology importer.” This increasing competition between Federal departments for the crème de la crème of high tech talent is a reflection of the cybersecurity threats America faces. It is a war fought in cyberspace and the Defense and Homeland Security departments are looking for the best Spartan warriors to fight it.

As Mark Brenner, Chief of Staff at Apollo Education Group, writes in The Hill:

This isn’t your father’s war with a known enemy and equal rules of engagement. It’s also not a war that is pending. It’s already here. Every hour of every day, this war is waged—not with guns and bullets, but with sophisticated equipment and almost unfathomable skills.

This war is yielding casualties in the private sector: trade secrets stolen; databases hacked; consumer financial and personal information compromised and critical infrastructure being compromised. It is one reason why the U.S. Chamber of Commerce supported the cyber legislation that passed in the House on Wednesday, which fosters public-private collaboration on the cyber battlefield, expanding liability protection for businesses that share threat information with their government colleagues. A second bill from the House Homeland Security Committee is expected to pass shortly, making DHS cyber-central in the ongoing digital fight (something that aligns with Johnson’s plans for Silicon Valley).

So, Congress is acting, DHS and DOD are on a recruiting spree, and the United States will soon have the upper hand over our digital adversaries, right?

Wrong. There is another war in the world today—a war for talent. Technology and data are increasingly central to business operations. Every industry—from healthcare to

manufacturing—is demanding a higher-skilled workforce, and the United States is far behind the curve in producing one.

A recent study from the Washington Technology Industry Association looks at the demand for tech talent in Washington State. The situation is worse than we thought. The study found that for every tech-specific hire (e.g., software developers, systems programmers, network architects), seven jobs are created that are associated with information and communication technology. And that’s just one state.

The tech ecosystem stretches from coast to coast. Forbes published a list of U.S. companies hiring the most people, and the majority of the businesses and open positions are tech-related. While the enormous economic power of the U.S. private sector is creating jobs, we do not have enough people with the right skills to fill them.

Not only are U.S. companies competing with one another and the U.S. government for a limited pool of tech-talent, they are also competing with foreign companies and nations, some of which have far more attractive, strategic and inviting immigration laws than the United States. U.S. visa classifications geared towards high-skilled talent can bring the world’s best and brightest into the U.S. workforce, but too often, visa holders are forced to leave the country before their residency applications are approved. A similar problems exists for graduates of U.S. universities. We educate the world’s smartest folks, give them the knowledge and experience to create world-changing innovations, and then we kick them out of the country because we can’t get our immigration system in order. In the international war for talent, we are losing for no good reason, if not our own shortsightedness.

The icing on this unfortunate cake is that the tech-driven economy is only becoming more sophisticated. There are oceans of data being generated every day by all the devices and products we have come to love and rely on, and within all that data are insights and innovations just waiting to be found and put to work. We are only at the beginning of this worldwide data movement, and the United States is severely challenged to keep up with demands from an industry it invented.  We need to cultivate and nurture generations of cyber Spartans for the cyber-digital-data frontiers.  Without them, the incursions we experience as individuals, companies, communities and as a country could very well be catastrophic in terms of costs, operations and lives.

Data and the digital frontier, workforce development, and business competitiveness—the clouds of this perfect storm are dark and ominous, but they need not be. If we can cultivate our talent, the United States can ride the winds of these powerful forces into a future of unlimited opportunity.  And that’s the American way.