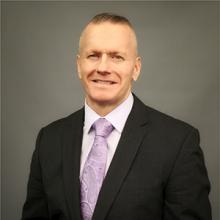 Army Command Sergeant Major John Wayne Troxell served as the Senior Enlisted Advisor to the Chairman of the Joint Chiefs of Staff, and the senior noncommissioned officer in the U.S. Armed Forces, from Dec. 11, 2015, until his retirement on Dec. 13, 2019. In this role, he served as the principal military advisor to the Chairman and the Secretary of Defense on all matters involving joint and combined total force integration, utilization, health of the force and joint development for enlisted personnel.

“I am proud that CSM, Ret. John Wayne Troxell has decided to continue to serve the military community by joining Hiring Our Heroes as a personal branding ambassador,” said Eric Eversole, president of Hiring Our Heroes and vice president at the U.S. Chamber of Commerce. “Troxell has demonstrated his commitment to the health, safety and prosperity of our great country for nearly 40 years, and we look forward to sharing his knowledge and passion with the transitioning service members, veterans and military spouses we serve at Hiring Our Heroes.”

“It is an honor to continue to serve the military community with Hiring Our Heroes. As leaders, we have an obligation to take care of our service members both during and after their time in the military which includes preparing for transition” said Troxell. “I am proud to be part of a best in class organization connecting veterans and military spouses with economic opportunity and helping businesses strengthen their workforce.”

CSM, Ret. Troxell will be instrumental in continuing Hiring Our Heroes’ grassroots efforts of engaging with service members to promote the importance of preparation before military-to-civilian transition.

About Hiring Our Heroes
Hiring Our Heroes (HOH) is a 501(c)3 organization under the U.S. Chamber of Commerce Foundation. The non-profit launched in March 2011 as a nationwide initiative to help veterans, transitioning service members, and military spouses find meaningful employment. Working with the U.S. Chamber of Commerce’s vast network of state and local chambers and other strategic partners from the public, private and nonprofit sectors, Hiring Our Heroes has helped hundreds of thousands of veterans and military spouses find meaningful employment through its comprehensive training and hiring events, fellowship programs, and online tools. HOH programs and services are available in all 50 states, Puerto Rico, the District of Columbia, and on military installations around the world. For more information on programming and initiatives:  HiringOurHeroes.org; and connect with us on LinkedIn, Facebook, Twitter and Instagram.