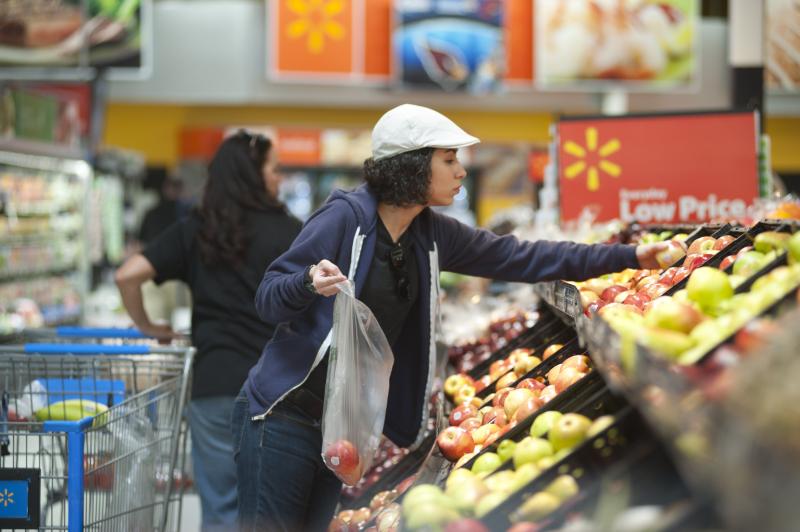 [Editor's Note: Walmart was the winner of the 2014 Corporate Citizenship Health and Wellness Program Award at this year's Citizens Awards, which took place on November 20, 2014.]

Sam Walton opened the first Walmart stores so that people in rural areas could have access to a variety of quality, affordable merchandise—just like people in big cities did. Flash forward to more than 50 years later. According to the United States Department of Agriculture (USDA), 49 million Americans live in households—in both urban and rural areas—that are “food insecure,” meaning families sometimes lack the resources to buy enough food. Food insecurity has been associated with costly chronic health outcomes, including diabetes, hypertension, and cardiovascular disease.

At Walmart, we think no community should lack something as fundamental to human well-being as access to food. To some, the issues of hunger and nutrition may not seem intertwined, but we see them as inseparable. We knew that as the nation’s largest grocer, we had an opportunity to do something about both concerns.

It’s why we’re dedicated to closing the gap for the millions of Americans who have limited access to safe, fresh, affordable, healthy, and sustainable food. In 2011, we committed to opening 275 to 300 stores that serve food deserts—areas where access to affordable and more nutritious food is limited. We have since opened 224 stores in these areas. We’re on track to fulfill our commitment ahead of schedule and estimate that these stores will serve approximately 1.3 million people. Many areas classified as food deserts are also job deserts. The hundreds of jobs created with each store opening can provide competitive wages, valuable benefits, and the chance to build a career.

We know that access to food isn’t just about store location—it’s about affordability. So, we pledged to save our customers more money on fresh fruits and vegetables. Since 2011, we have saved customers $3.5 billion on fresh produce and worked to eliminate the price premiums on better-for-you items across key grocery categories. Most recently, Walmart announced an effort to drive down the price of organic foods. With the relaunch of the Wild Oats brand, we’re making it easier than ever for customers to access affordable organic and natural foods.

It’s also about making healthy easy. For the past few years, we’ve been working to improve the nutritional quality of everyday foods in our Great Value brand and national food brands. We’ve reduced sodium by 13% and sugar by more than 10%, and we have decreased the amount of products in stores that contain partially hydrogenated oils to 7%. Through this work with our suppliers, Walmart is helping shape the food system in ways that will have meaningful population-level impacts—without consumers having to do a thing.

When we open a store in a food desert, we are proud to become a part of that community, providing not only good jobs and healthier, affordable food but also increased philanthropic giving by our Foundation—particularly to address food insecurity.

Since announcing our Fighting Hunger Together (http://wm8.walmart.com/Hunger) commitment in 2010, Walmart has donated more than 1.58 billion pounds of food to local food banks and pantries. As of earlier this year, Walmart and the Walmart Foundation have awarded $260 million in grants to hunger-relief programs across the country. To ensure the sustainability of our efforts and to magnify our impact, we work with others who are fighting hunger. Our partnership with 10 of our suppliers resulted in more than $4 million in additional donations to combat food insecurity across the United States. We also collaborate with other companies that are committed to better understanding and fighting the issue of hunger.

Expanding access to build stronger, healthier communities is part of our heritage, and it’s what we’ll continue to do. Every week, our U.S. stores see more than 140 million customer transactions. Each one of these transactions represents an opportunity for us to bring more nutritious food to more people, at more affordable prices, and in more communities than anyone else. We are proud to be doing our part to make sure that no family should have to choose between food that is good for them and food they can afford.