What's Right and What's Wrong With the South's New Economy 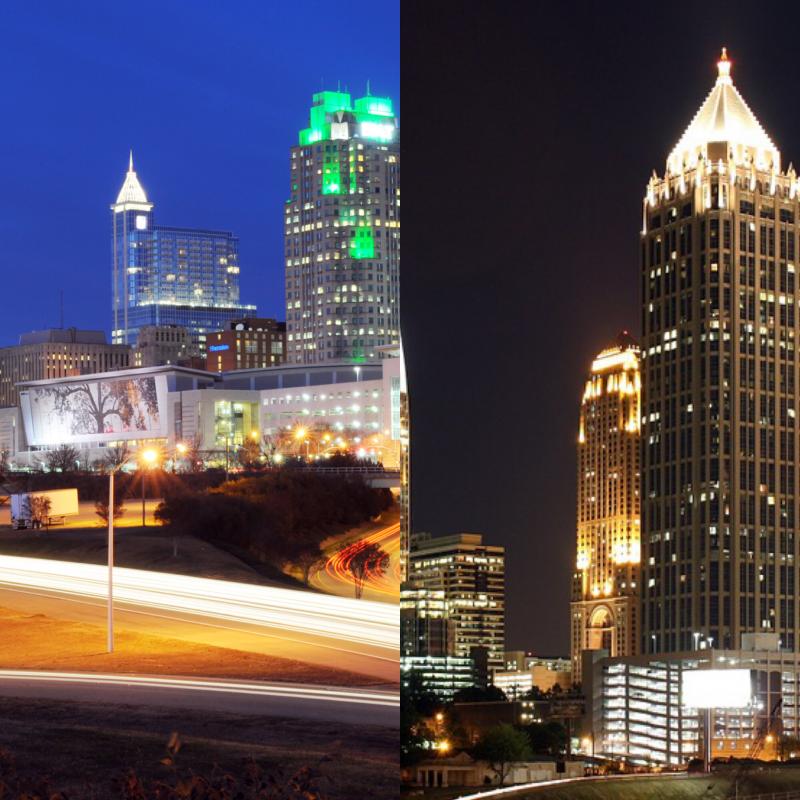 Raleigh (left) and Atlanta are the drivers of the south's economy.

Tweet Facebook
The kickoff of the next iteration of Innovation That Matters, an examination of startup hubs in eight U.S. cities.

This article was first published on Freeenterprise.com.

What does it mean to be a startup hub in the 21st century? A digital layer is being stretched across the economy today enabling our institutions to work better, faster, and smarter. Cities are the focal point of this new digital economy. But which cities are ready, and which are in danger of being left behind?

These are the major questions we’re aiming to answer in this next iteration of Innovation that Matters. To get answers, we’ve done a lot of number crunching and analysis, but we’re also talking to people on the ground – entrepreneurs, city leaders, venture capitalists, and other key network actors in several cities – to get their take on what’s working to drive startup success.

We started our eight-city tour with Raleigh-Durham, North Carolina, and Atlanta, Georgia, both leaders in the South’s new economy. They boast an impressive mix of startups and big corporations, incubators and accelerators, plus top-notch universities and active civic sectors. We learned a lot, but 5 themes stood out:

Lots more to come as we travel the country! We’ve already been to Los Angeles and Seattle, and will touch down in four more cities before we conclude our visits. Stay tuned as we share more of our insights and lessons learned.