U.S. Chamber of Commerce Foundation / Which Industries are Most Likely in your Supply Chain?

Which Industries are Most Likely in your Supply Chain? 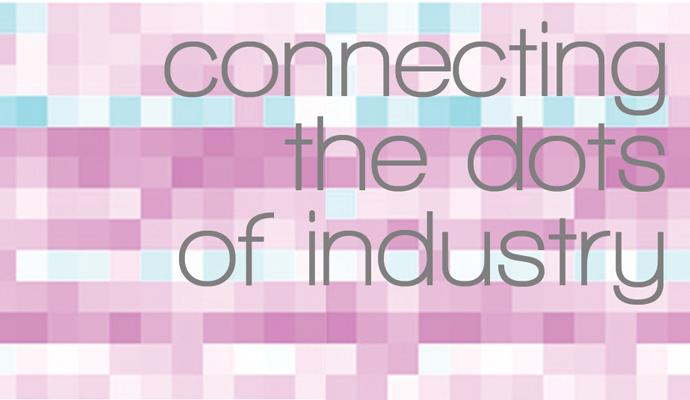 We are embedded in the most interconnected economy humanity has ever known, and only recently have we been able to track some of those interconnections and to begin to understand their implications. In 1931, Russian-American economist Leontiff Wassily recognized that the complexity of the economy had undermined the ability of his profession to understand it. Forty-one years later, in his Nobel Prize Biographical he would write that the economic tools available in the 1930s could not “provide a sufficiently broad basis for fundamental understanding of the structure and operation of economic systems.”

Reviewing a recent economic study, my colleague Stan Veuger wrote that, “This is not Jefferson’s economy.” It is not “a nation of small businesses owned by Midwestern families, ideally headed by yeoman farmers.”  Rather, it is a complicated web in which firms depend on the commodities produced by other firms, from their own industry and from other industries.

The tool that would earn Wassily the Nobel Prize was Input Output (IO) analysis, a technique that he invented to represent interdependencies in the economy. Not only is IO analysis fundamental to the calculation of Gross Domestic Product and other economic accounts, but the IO framework is perhaps the best way to visualize the complexity of the modern economy.

The chart below is a visual representation of that web. It is a heatmap of the Bureau of Economic Analysis’ Input Output “Use Table” for the U.S. economy in 2011. The rows represent the products produced by each industry, and the columns display industries that use those products. The “hotter,” or redder, a cell’s color, the more important are the products from the industry at the beginning of the row for the industry at the top of the column.

HEATMAP: USE OF COMMODOTIES BY INDUSTRY, 2011 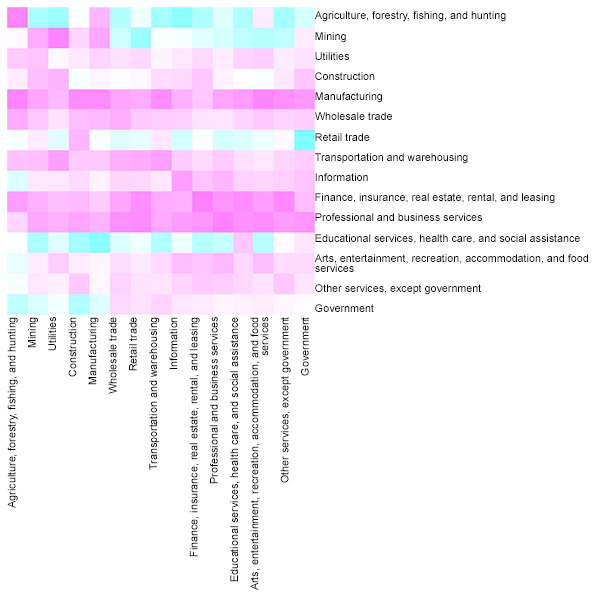 Source: BEA The Use Of Commodities By Industries After Redefinitions 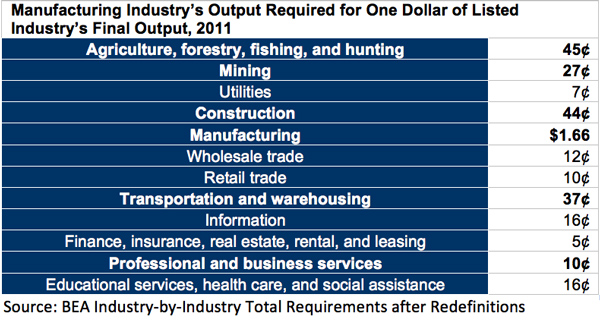 Interconnectedness can also have downsides, as the work Stan reviewed suggests. In a recent study, Columbia University economists Saki Bigio and Jennifer La’O, using a similar heatmap as motivation, wrote a paper on how interconnectedness might have severely amplified the recent U.S. credit crunch. In an interconnected economy, when a firm suffers a liquidity constraint the shock can flow through to the firms it buys from and the firms it sells to.

Interconnectedness has wide-ranging implications. For one thing, knowledge can spill from one firm to another when they are connected through geography, supply chains, employment networks, and more. This happens across industries, but also within industries. (Notice the bright diagonal line from the upper left to the lower right of the heat map, indicating intra-industry purchasing.) These spillovers are a fundamental component of growth and are at the heart of many policy, trade, and business organizational issues.

Be sure to look for future blog posts covering these new angles in greater depth.