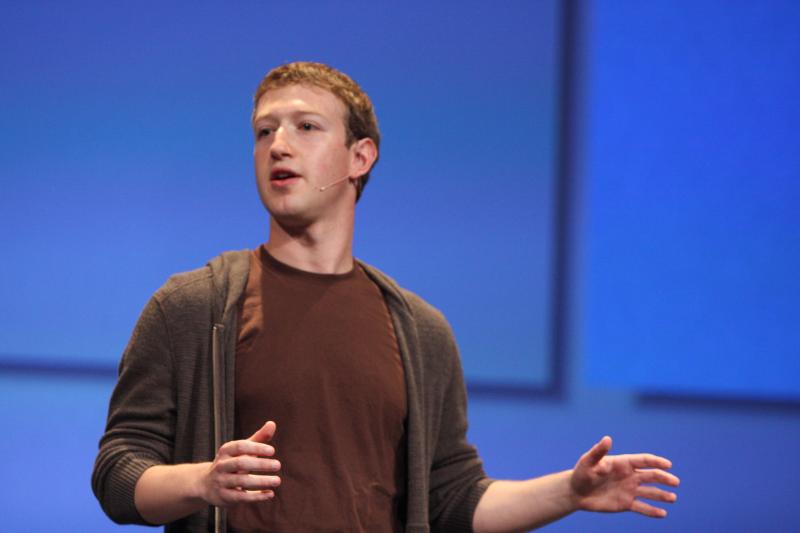 Facebook founder Mark Zuckerberg is one of many tech entrepreneurs who have pledged to give away most of their wealth. [Photo by Brian Solis, www.briansolis.com. Creative Commons license.]

Tweet Facebook
Successive generations of technologists have grown familiar enough with money to give it all away.

When Mark Zuckerberg walks into work as CEO of Facebook, he is not simply earning his keep as head of the world’s largest social network. Neither is he simply tending to his estimated net worth of $35.7 billion. He is working to give it all away.

Zuckerberg and his wife, along with Warren Buffett and more than 140 of the world’s wealthiest people, have signed the Giving Pledge, committing to give away the majority of their net worth to philanthropy before they die. As the majority owner of the social media giant, Zuckerberg has committed to donating 99 percent of his shares to charity. Facebook exists then not simply to fuel our Likes, but to save the world.

It is not simply the elite pantheon of billionaires committed to giving a large chunk of fortunes within their lifetimes. When Google paid $380 million to buy Bebop, CEO Diane Greene donated her $148 million share and kept working. Jan Koum, the 38-year-old founder of WhatsApp, donated $556 million to the Silicon Valley Community Foundation. Of the top givers listed on the Philanthropy 50, nearly half of the $10.2 billion given away in 2014 came from those in tech.

This wealth sharing is growing more infectious with every passing year. Consider Warren Buffett’s Giving Pledge, which in barely six years has grown exponentially from starting with Buffett and Bill and Melinda Gates to including the biggest names in tech and beyond. Indeed, philanthropic giving is expected to rise at nearly 5 percent annually over the next couple of years, mostly fueled by individuals. If there is a network effect to outsized giving, tech elites aim to find out.

Such charitable efforts are also being seen among a younger than ever share of executives. Zuckerberg is barely out of his 30s and most other tech philanthropists have yet to reach the age of 50. Rather than starting in relative youth, prior generations of capitalist titans from Carnegie to Rockefeller to Soros pledged much of their fortunes in the twilight of their endeavors.

Why is this? With the acceleration in wealth creation by technology-fueled firms, founders are enjoying a “peace dividend” that they are spending on doing good. Such charity is new in scope and direction. Most no longer want to simply give to their alma mater, but to directly impact individuals in a way that capitalizes on the technological revolution they helped bring about.

Executives are pickier about their ROI, and less inclined to focus on “high art” alone. Rather, they are more likely to follow the example of Bill Gates in, say, funding health efforts in America and around the world. Just as technology boomed through exponential, compounding growth, so too do these executives desire to do good in such a way that their efforts snowball across time and people groups.

There is also a cultural shift as tech elites grow more comfortable around wealth. As social groups experience wealth over multiple generations, their consumption shifts from buying things to consuming experiences. That means fewer flashy Ferraris and more travel, education, and, yes, charity. Silicon Valley’s origins stretch back to the 1950s, and successive generations of technologists have grown familiar enough with money to give it away.

Is some of this do-goodery driven by tax chicanery? Certainly, though one must be equally uncharitable in outlook to chalk donations of nearly 100% of one’s wealth to cynical machinations alone. Nearly all of these givers gave more than they got in lower tax bills. And while great giving may be seen as the result of great inequality, that is surely yet more reason for charity.

An increasing number of technology leaders see the value in working for the sake of giving. To them, doing well means doing good. Having helped changed the world once, Mark Zuckerberg and others like him will aim to do so again.