U.S. Chamber of Commerce Foundation / Is there a STEM crisis in this country?
Center for Education and Workforce
April 24, 2014

Is there a STEM crisis in this country? 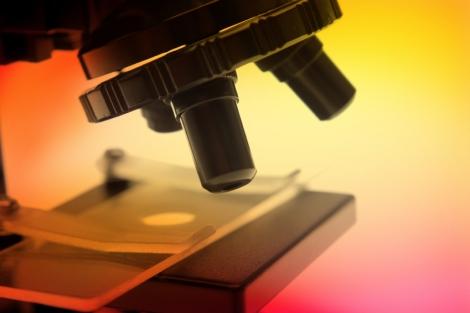 U.S. News & World Report has released a STEM Index of the United States and the data confirms what we in the business community have feared—that our educational system is not producing enough STEM graduates to keep up with marketplace demand. Sponsored by Raytheon, the index revealed that the number of STEM degrees granted has remained relatively flat since 2000, while STEM jobs continue to increase, with no indication of slowing down.

Lylah Alphonse of U.S News & World Report writes, “STEM employment in the United States has gone up by more than 30 percent, from 12.8 million STEM jobs (as defined by the U.S. government) in 2000 to 16.8 million in 2013, and a February report by Burning Glass Technologies indicated the STEM job market is actually far larger than that.”

Despite a nationwide campaign to increase STEM awareness among students, there just isn’t enough interest to fill the economic need.

“High school student interest in STEM fields reached a low point in 2004, dropping nearly 19 percent from the base-year calculations,” writes Alphonse. “Interest levels climbed steadily until 2009, when they began to decline again. In spite of the intense drive to encourage students to study science, interest levels fell between 2009 and 2013 and are now just slightly below where they were in 2000.”

For the business community, this is troubling.

“Science, technology, engineering and math form the foundation of the global economy,” says Raytheon Chairman William Swanson. “Yet, as the STEM Index suggests, if educational trends continue, fewer qualified candidates will be available to support growth in these areas. It’s critical to our business and the United States’ long term economic outlook that we inspire young people to engage in STEM and dedicate resources to supporting them throughout their academic lives.”

President Obama and Secretary of Education Arne Duncan have been vocal on this issue along with those in the business community. We just don’t seem to be seeing enough results.

“There are many very good initiatives and lots of work being done to address the problem,” says Brian Kelly, editor and chief content officer of U.S. News & World Report. “But as the data show, it’s still not enough. There is a mismatch of skills and jobs, of supply and demand, and the challenge is to get them aligned again.”

If we are going to grow jobs and the economy, we need to get them aligned. And fast.

Mark D'Alessio is manager of communications for the U.S. Chamber of Commerce Foundation's Center for Education & Workforce.