Case Study: The Power of Private Sector Engagement in Childcare in Minnesota

Over the past 15 years, business leaders in Minnesota have partnered with advocacy groups and the public sector to develop strategies to close the achievement gap by improving the accessibility, affordability, and quality of childcare in Minnesota. The business community has been credited with catalyzing improvements to the childcare system and garnering increased public attention and investment. This case study looks at how these sectors came together, what they have been able to accomplish, and key lessons learned.

In 2003, as the state explored opportunities for effective economic development, research by Art Rolnick and Rob Grunewald at the Minnesota Federal Reserve made it clear that investing in early education and care could yield significant public returns. The University of Minnesota — which was conducting research on brain development and access to high-quality care prenatally through age five — connected with the state and brought together a group of business leaders to discuss the economic implications of early childhood education and childcare for the state.

After hearing from experts on early learning, economic impact, and brain development, the case for business engagement was clear, as was the need for an official organization to drive the initiative and ensure its sustainability. The group released a report and created the Minnesota Early Learning Foundation (MELF), composed of CEOs dedicated to funding a pilot solution to close the achievement gap.

MELF successfully researched, built, and launched a pilot program, which ran from 2006 to 2011. The pilot consisted of two key components: (1) a new quality rating and improvement system (QRIS) to help providers learn best practices and parents to better understand the quality of available childcare options, and (2) scholarships for low-income families to enable them to access high-quality childcare. 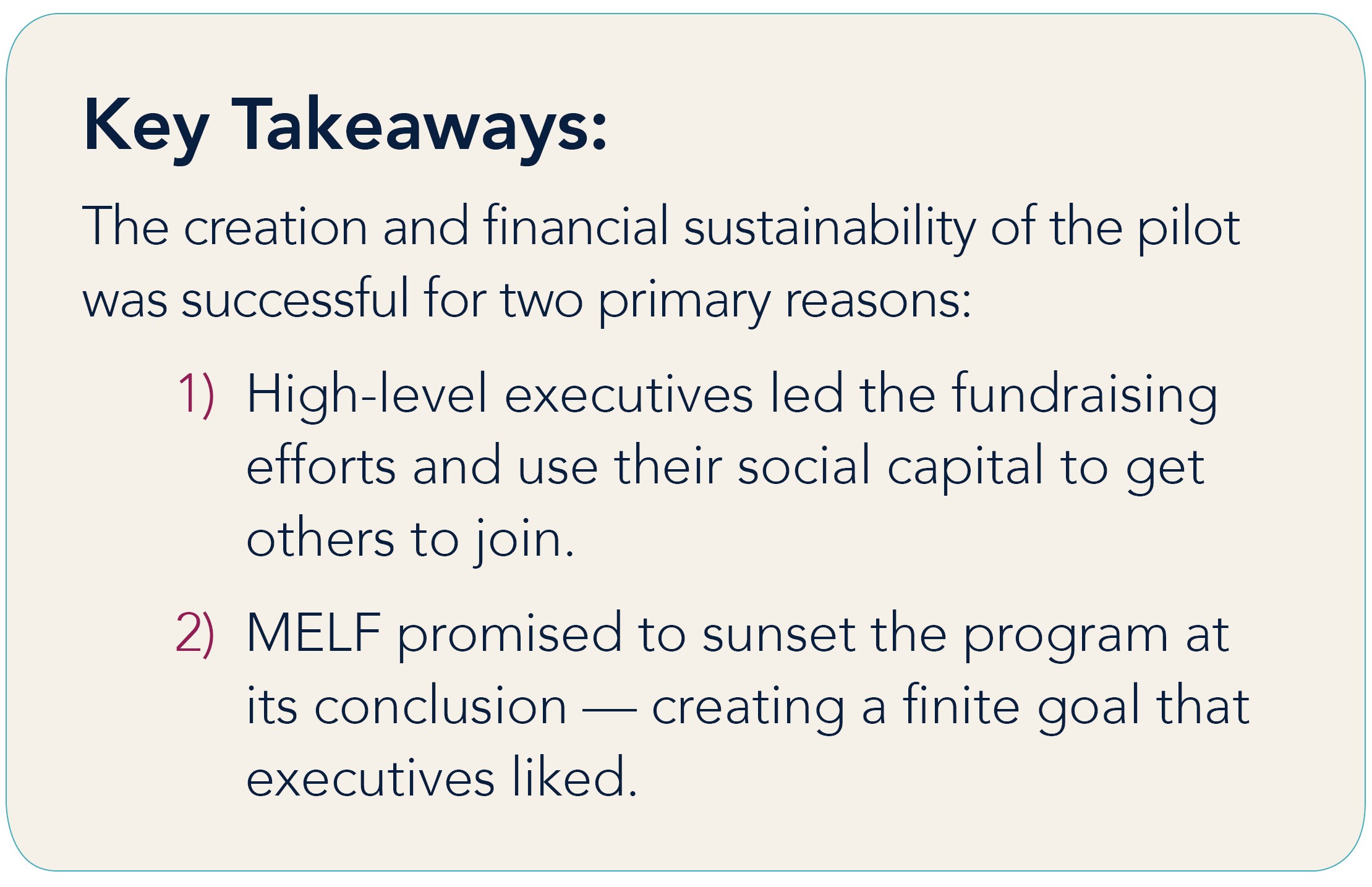 The demonstrated success of the pilot program — and the continued advocacy efforts of the private sector — got the attention of the state, which eventually provided public funding to continue the program. The pilot’s success ultimately positioned the state to be a recipient of the federal Race to the Top grant program, adding a substantial funding stream to this work from 2012 to 2016. This private sector initiative matched with a new federal grant helped institutionalize the scholarship program at the state level. Today, the private sector continues to organize and advocate for childcare and early learning — a much needed voice to ensure adequate funding for the scholarship program and continued improvements to quality and accessibility. 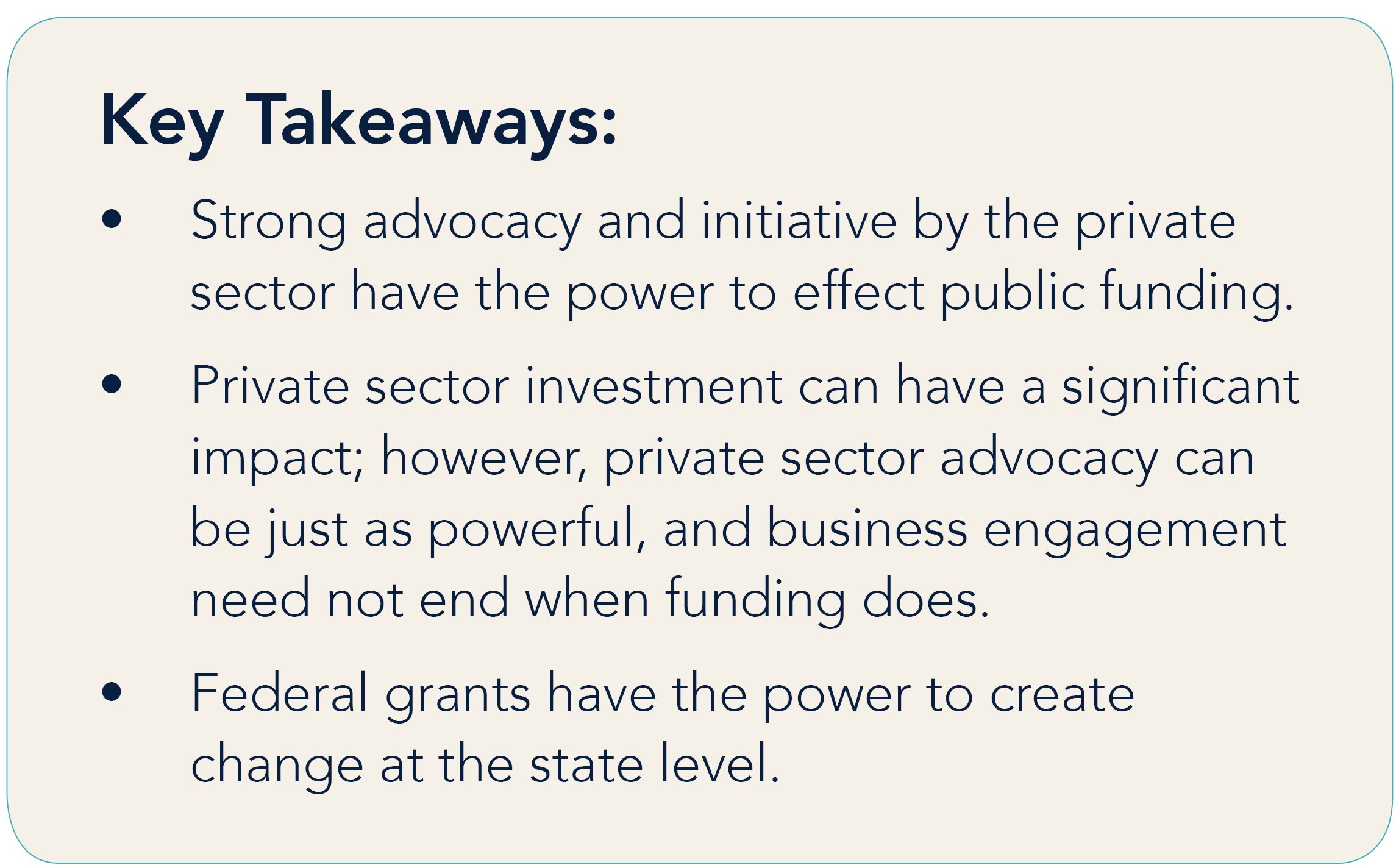 Don’t underestimate the power of your voice. Business leadership has the power to take an otherwise under the radar issue and make it a public priority, garnering private sector investment and generating public sector support and funding. In this instance, even though the program is now publicly funded, the business community’s advocacy is still necessary for further improvements to the childcare system.
The bottom line is that business engagement on childcare has the power to bring attention to this vital issue and be an agent of much-needed change.

Download this case study as a PDF. This case study originally published, and is fully cited, in Leading the Way: A Guide for Business Engagement in Early Education.