Merck: Eliminating Disease in Under-Resourced Regions of the World

Merck has virtually eliminated river blindness and is on the move against other diseases in regions of Africa and South America where limited resources have prevented such successes in the past. Massive volunteer efforts and sizable donations have made these efforts a model for advancing disease prevention in struggling parts of the world. 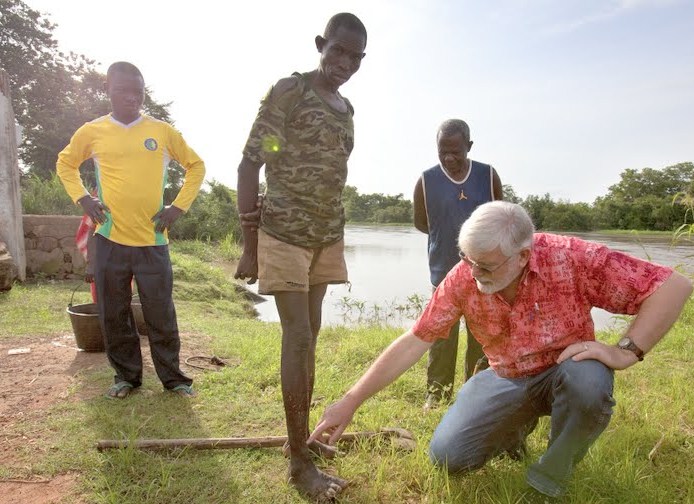 Onchocerciasis, also known as river blindness, affects 18 million people in more than 30 countries, with another 125 million people at risk of infection. It is a parasitic disease spread by the bite of a black fly which breeds near fast flowing rivers.

Once in the bloodstream the parasite breeds and the larvae spread causing intense itching and depigmentation of the skin (“leopard skin”), lymphadenitis resulting in hanging groins and elephantiasis of the genitals, serious visual impairment, and irreversible blindness when they reach the eye.

To escape infection and blindness entire communities leave fertile land and rivers, leading to the loss of vital farms and fish, breaking up communities and increasing urban poverty. There is no cure and the only preventative drug—manufactured by Merck—would  cost hundreds of millions of dollars per year, practically unthinkable for developing countries.

What Merck Has Accomplished

Merck originally developed Mectizan as a commercial product, but it now donates hundreds of millions of treatments per year to tackle this awful disease through the Mectizan Donation Program.

Established 25 years ago, the Mectizan Donation Program is the longest-running disease-specific drug donation program and public-private partnership of its kind. It is regarded as one of the most successful public-private health collaborations in the world.

Merck manufactures and donates Mectizan to the various agencies, governments, and NGOs through the Mectizan Donation Program. Once the drugs arrive in-country, the volunteers who distribute them to targeted communities in affected areas collect them. Volunteers document the names of all recipients and the dose received to ensure that treatment rates remain over the crucial 85 percent threshold for elimination of the disease.

To help achieve this, Merck, and other stakeholders, work in unison with beneficiary governments in international forums such as the African Program for Onchocerciasis Control to ensure that the program is part of the National Plan for Control of Blindness. In this way the delivery and success of the program is a stated objective of the government and, although a minimal drain on resources, it is budgeted appropriately and is owned by the Ministry of Health.

Why The Project Makes Sense

Merck enables one million volunteers who distribute the drugs to reach communities that cannot be reached by government hospitals, and to date they have distributed more than one billion treatments. The company has also been keen to replicate the model so that those same volunteers treat several debilitating diseases now. Last year alone tens of millions of people received treatment for river blindness and millions received treatments for other diseases through the community drug distributors.

Treatment has been so effective and delivered for such a long period that stakeholders in the treatment of river blindness are now preparing for the elimination of the disease.

This program has enabled all partners to benefit from increased research, better monitoring and evaluation, greater reach, and coordinated international planning. It has also reduced costs with the use of a network of a million volunteers, making it one of the most cost-effective healthcare programs in the world.