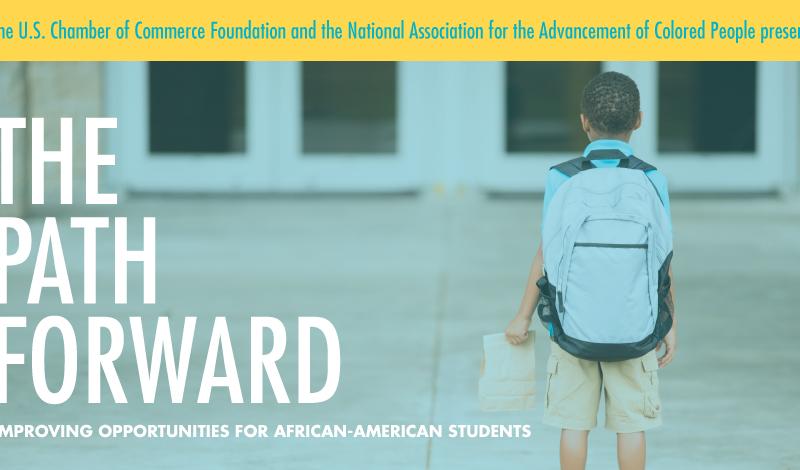 Although there has been demonstrable improvement in our education system over time, data show that African-American students continue to experience lower academic achievement scores, greater high school dropout rates, and lower postsecondary enrollment and persistence rates than their white peers—and in some cases, their Hispanic peers. Whereas some gaps have narrowed, the effects have not been significant enough to result in the needed improvement in outcomes for African-American students. Our nation cannot accept the status quo when so many young people continue to be left behind in a system that does not serve them as well as their classmates.

With both organizations’ long-standing history as advocates for equitable access to education, the National Association for the Advancement of Colored People (NAACP) and the U.S. Chamber of Commerce Foundation can collaboratively amplify the urgency to address this national problem and advance the matter from rhetoric to an action-oriented strategy that will empower leaders to implement solutions at the local level.

To that effect, NAACP and USCCF will co-host an event at the U.S. Chamber of Commerce in Washington, D.C. on December 10 and 11. This program will make a valuable contribution to the national discourse on closing achievement gaps for African-American students while attracting business leaders, civil rights leaders, and policymakers. It will serve as an opportunity for local chamber of commerce and business leaders and local NAACP chapter leaders to partner together and create strategies to address African-American student achievement.

At the event, USCCF will release an education report on the status of African-American student achievement in the United States. This edition of Leaders & Laggards will help set the context that more must be done to close the achievement gap for African-American students and ensure the promise of a high-quality education is realized for ALL students.

Making Sure African-American Students are Prepared for College 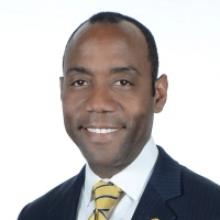 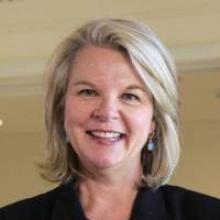 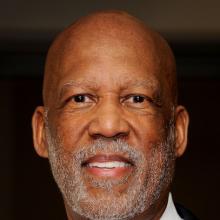 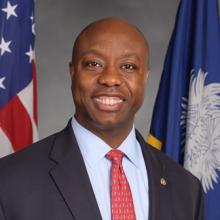 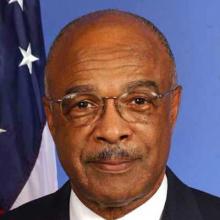 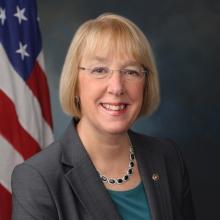 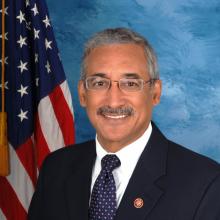 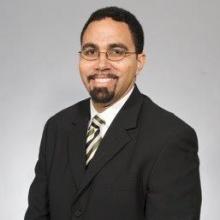 Registration, Press check in, and Lunch

Panel 1: Leaders & Laggards Overview: Which States Are Leading the Way for African-American Students?

Although there have been significant improvements in academic achievement for African-American students over the past decade, national data—and more importantly student experiences—tell a troubling story that requires immediate attention. This panel will discuss the data highlighted in the Leaders & Laggards report and highlight states that have implemented effective programs or initiatives to improve student experiences and outcomes.

Too often, African-American students are eligible to access advanced coursework but barriers stand in their way of enrollment and/or completion, ultimately derailing opportunities for a more rigorous path as they transition to life after high school. In order to ensure that students are set up for success as they prepare for the workforce, more must be done to identify the criteria needed to access these courses and what supports can be put in place to ensure their success along life’s continuum.

Reauthorization of the Elementary and Secondary Education Act

Although a national problem, solutions typically occur at the local level and need not be a one-size-fits-all approach. This panel will include participants who are involved in initiatives that have demonstrated success in improving the K-12 academic experience for African-American students.

Following the panel, participants will have an opportunity to discuss via a facilitated conversation, how to bring solutions to their respective communities.

The School to Prison Pipeline

Panel 2: Bridging the Gap to College and Career Readiness

Most critical to the national conversation is ensuring all students have equal opportunity to select a pathway to help them achieve a successful future. National and local policies can ultimately guide this intent but stronger connections to the business community are also necessary—particularly in growing industries. Business leaders will discuss the need for bridging the gap to college and career readiness—and how their respective organizations have committed to doing so.