A Celebration of Aviation

Of Counsel, U.S. Chamber of Commerce

I always enjoy getting together with friends on St. Patrick’s Day, so I was absolutely thrilled to see a tremendous turnout last Tuesday for the U.S. Chamber of Commerce Foundation’s 14th Annual Aviation Summit.

This was by far the largest event we’ve held, with about 30 top aviation executives and nearly 800 registered guests. The summit was big, but also exceptional in the depth and quality of its discussions. And I am so appreciative of the involvement of our panelists and speakers.

The Aviation Summit touched on so many issues that I could hardly digest it all. My good friend Bob Crandall, former chairman and CEO of American Airlines, moderated an insightful panel on the challenges facing our air traffic control system. Allan McArtor, chairman and CEO of Airbus Group, hosted a panel involving five other airline chief executives. And I enjoyed the great interview with Boeing Vice Chairman Raymond Conner, conducted by U.S. Chamber of Commerce President and CEO Tom Donohue.

Perhaps the highlight of the day for me was honoring my good friend Gordon Bethune, who is well known for his turnaround of Continental Airlines in the 1990s. I’ve known Gordon for many years, and we can both recall a time when airlines were struggling and there was heartache throughout the industry. Gordon was a pioneer in placing customers first. We have now seen that philosophy stretch across the industry, and our economy and flying experience has benefitted as a result. That’s why I was pleased to have Gina Adams, on behalf of FedEx, present Gordon with the Carol B. Hallett Award for contributions to the aviation industry.

I know that some people in the aviation industry have expressed concerns over the competition from the Gulf carriers including Etihad Airlines, Emirates, and Qatar Airways. American Airlines CEO Doug Parker did well in articulating the position of the three major U.S. carriers.

He effectively expressed the concern by American, Delta and United Airlines that possible government subsidies offered the Gulf airlines an unfair competitive advantage, and thus the Open Skies agreements with these Middle Eastern airlines should be reviewed.

Etihad Airlines and its CEO, James Hogan, was also at the summit. He offered us a glimpse at the operations of one of the newer and more innovative airlines in the world. Etihad is a key player in the Middle East and is poised to take advantage of the rapid rise of the Asian market. He was articulate in outlining the airline’s point of view, and no one can deny the value of hearing from Etihad directly as well.

I look at the aviation industry now and see that it is flourishing, but there are challenges we must face. We must encourage our lawmakers to pass the FAA reauthorization bill, and approve an infrastructure bill that will inject new money into our skies.  We must improve our outdated air traffic control system; and finally, we must work to take advantage of new innovations in space flight and unmanned aviation systems.

No matter the challenges, I know we can face them with great optimism. That optimism was on display at the Aviation Summit last week.

I am so thankful for the support and hard work of those in the aviation industry, and can’t wait to see you all next year. 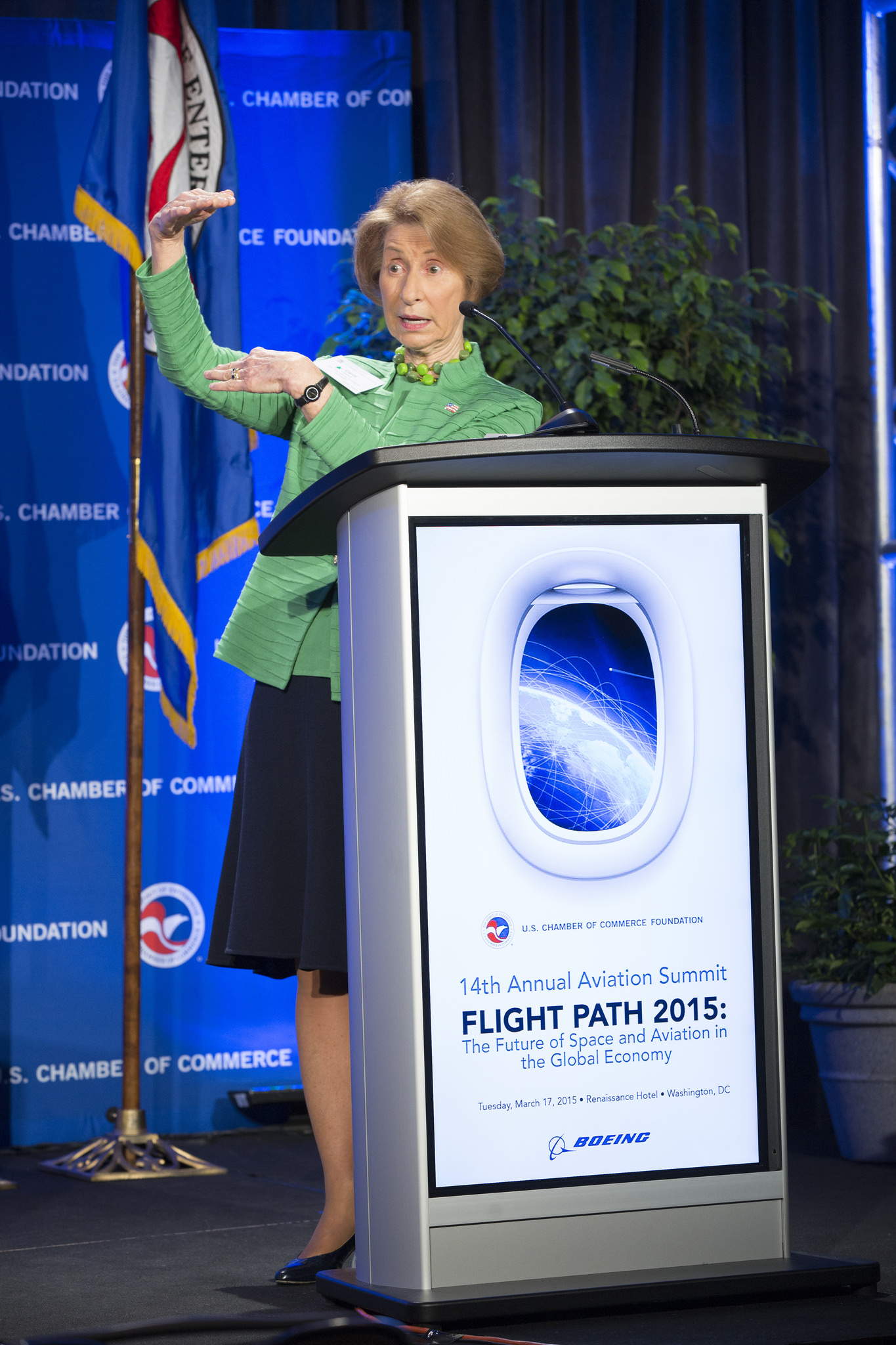