Kids are hardwired to be the perfect entrepreneurs.

They have a ton of energy, they are full of creativity, and they dislike taking no for an answer.

That’s why the U.S. Chamber of Commerce Foundation is proud to be a national sponsor of the Young Entrepreneurs Academy (YEA!), which partners with local chambers to offer young people a unique chance to build their own businesses.

The Foundation is especially excited to host some of the top young entrepreneurs as part of a national competition with scholarships and other prizes on the line at America’s Small Business Summit on June 8 in Washington, D.C.

For more than a decade, YEA! has sought to bring the spirit of free enterprise to young people, operating programs for students aged 11 to 18 with lessons in entrepreneurship and business skills. The Foundation began supporting YEA! in 2011, and since then, 3,993 students have graduated from the program. YEA! now operates 117 locations in 38 states.

For the students, YEA! is not just another afterschool club. It’s a genuine opportunity to build a company and make money, while learning valuable business skills that will last a lifetime.

I am consistently amazed by the ingenuity of students like Rachel Zietz, a Florida high schooler and CEO of a company that makes lacrosse training equipment. She’s on track to pull in more than $1 million in revenue this year.

And there are brothers Tanner and Spencer Harrison, who invented the Wolf ‘Em, a dessert roasting stick that’s perfect for campfires, and Drew DeHaven, owner of a company that makes solar-powered generators that can power a lightbulb for three days. I anticipate both of those inventions coming in handy this summer.

We can expect to hear more great ideas on June 8 when top-performing YEA! students pitch their businesses to a panel of judges and compete for college scholarship money and business prize packages. They’ll be evaluated on everything from the originality of their product to the strength of their business plan. Last year’s winners, Riley Benner and Luke Zaremksi, won over the judges with their selection of reversible neckties and their company, Phoenix Haberdashery.

The pitch competition will take place at a special luncheon that is open to the public. Tickets are $50 each, and they can be purchased online.

It’s never too late for local chambers of commerce to support YEA! in their communities. In fact, between now and June 15, local chambers can apply to receive $2,500 in startup funds to open a YEA! chapter, thanks to the support of Sam’s Club™

For more information on the partnership between the U.S. Chamber of Commerce Foundation, Sam’s Club™, and YEA!, go to uschamberfoundation.org/yea. Vanessa Lyon is executive director of programs for the U.S. Chamber of Commerce Foundation. 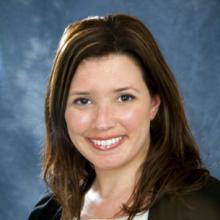