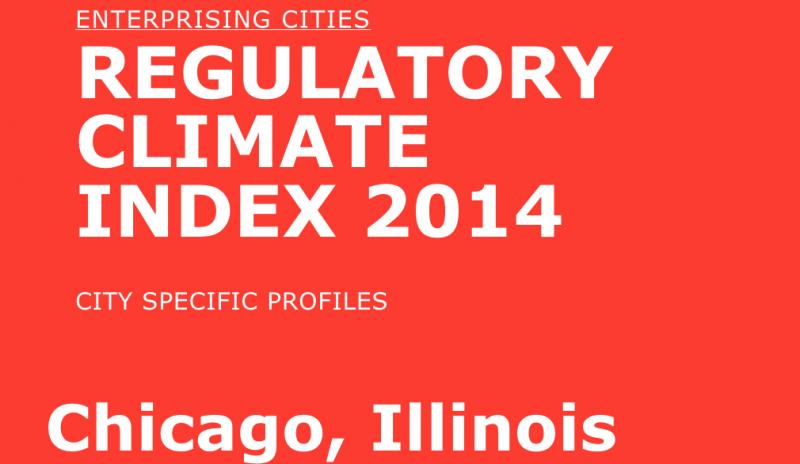 Chicago has evolved from an industrial and manufacturing powerhouse in the late 1800s into the third-largest economic center in the United States. The Greater Chicago region is home to the headquarters of a number of innovative Fortune 500 U.S. companies and foreign-based companies. Greater Chicago’s economy still relies on a strong industrial and manufacturing base along with leading companies in information technology, pharmaceuticals, and other research and development sectors.

Chicago’s diverse economy generated $571 billion in 201224—greater than the output of Belgium and Norway. The city’s international airport and shipping port provide businesses with access to locations across the globe. Greater Chicago has a population of 9.5 million, with more than 2.7 million in the city. The metro area boasts world-class research universities and higher-education institutions that help attract talented and skilled individuals from all over the world.

Among the cities under review, the 2014 Regulatory Climate Index ranks Chicago in seventh position, with the first place representing the most efficient regulatory environment.

Chicago outperforms the other three large cities measured by the Index—Los Angeles, San Francisco, and New York City. However, Chicago is below the average performance of the 10 cities covered in the report in 2014.

Where Chicago is Doing Well

Chicago has made government effectiveness in regulation a top priority. In 2011, the city was awarded $6 million in grants from Bloomberg Philanthropies to deliver efficiency to city government and better services to taxpayers through an Innovation Delivery Team. Portions of this grant were dedicated to improving the city’s business environment. The mayor’s office opened the City Hall Small Business Center and appointed a Chief Small Business Officer to provide a one-stop-shop for permits and licenses for small business owners and entrepreneurs. Chicago’s efforts to simplify and streamline the business licensing system have resulted in a 60% reduction in the number of licenses required, which have saved businesses more than $2 million. These efforts are an important part of improving the way small businesses and entrepreneurs interact with city-level business regulations.

Chicago has made transformative changes on local policy issues—such as infrastructure, small business and job creation, and government effectiveness—in the past few years. The city has worked with outside experts to develop the Chicago Infrastructure Trust, an expansive public–private partnership to fund infrastructure projects of the future. The program uses private capital to invest in projects based on merit and evidence rather than on political clout. Project funds are committed to Chicago’s core economic strengths, such as advanced manufacturing, exports, and innovation, to tackle such pressing issues as poverty and access to technology.

The mayor’s office has launched Chicago’s first Neighborhood Small Business Growth Strategy to make resources and services available through the city’s 73 neighborhood chambers of commerce and to strengthen ties between entrepreneurs and communities. Chicago has also associated with Goldman Sachs’ 10,000 Small Businesses initiative for a $25 million program to provide the city’s small businesses with education, business support services, and access to capital. The city has also started a $1 million nonprofit lending program—Chicago Microlending Institute—to provide loans to small businesses. In 2013, the program delivered $650,000 in microloans to more than 80 small businesses across the city.

Chicago can improve its antiquated process of starting a business and granting approval of professional services LLCs through the mail as well as cut down on the waiting time required for business operations. This would result in a significant improvement in the rankings. Other areas, such as the overall tax burden facing entrepreneurs, could prove to be a long-term challenge.

For more detailed charts and graphs relating to Chicago and the Regulatory Climate Index, please see the attached PDF below.