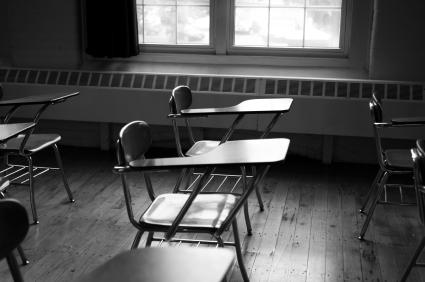 Three weeks ago, another education reformer was dismissed from his post by protectors of the status quo. This time, it happened in Wake County, North Carolina when a 5-4 vote of the Board of Education dismissed former Broad Academy graduate and Army General, Anthony “Tony” Tata as district superintendent. At a time when district scores are going up, dropouts are going down, and their accreditation status recently upgraded, why did the Board of Education let the superintendent of 20-months go?

To get an answer you must go back a few years.

In 2009, a new slate of Board members dismantled the system’s student assignment plan, which was designed to keep every school under 40% free-and-reduced lunch (called “healthy schools”). The plan created a situation where kids were bussed out of their neighborhoods, in some cases to schools as much as an hour away. The new board’s goal was to return to “neighborhood schools” and therefore less bussing. The superintendent at the time did not support the new direction and resigned.

The effort to change the assignment plan from “healthy schools” to “neighborhood schools” fractured the community as members of the old board resisted abandoning the “healthy schools” plan. In the ensuing chaos, board governance was brought into question and the district’s accreditation status was downgraded by AdvancEd. In November 2010, the Greater Raleigh Chamber of Commerce and Wake Education Partnership hired consultant Michael Alves to create a controlled choice assignment model to be delivered in early 2011. As defined by Wake Education Partnership, controlled choice is a “comprehensive, educationally sound, transparent, and equity driven method of assigning students to public schools. It empowers parents to choose the schools they want for their children in a manner that is fair to all students and is feasible for a school district to implement. Parents choose schools in rank-order preference.”

Superintendent Tony Tata arrived in January 2011 from DC Public Schools where he was a member of Michelle Rhee’s staff. It’s been described that Tata was essentially airdropped into a battlefield (Wake County) with no maps and no way to know who his friends or enemies were. While his appointment was viewed as part of the new Board’s plan, he worked to bring all sides together. However, bringing in a non-educator (a military General in particular) and education reformer was a move some people couldn’t, and wouldn’t accept. Yet, upon entering the market, he aggressively reached out to all the community stakeholders, even those who opposed his hire. For example, Tata participated in one of the U.S. Chamber of Commerce Institute for a Competitive Workforce regional roundtables held in the fall of 2011. These roundtables brought together multiple stakeholders in a community to strategize around how to improve their local district.

When the Greater Raleigh Chamber of Commerce and Wake Education Partnership’s choice assignment “framework” was released, the Chamber encouraged the Board of Education to let the new superintendent use the model to build a new plan. In their first unanimous vote on a major initiative, the Board gave Superintendent Tata the direction to proceed. Superintendent Tata led a transparent process that included broad community engagement over 8 months leading to a 7-2 vote to support a controlled choice assignment plan for the 2012-13 year. After almost a year of work, Wake County had a plan that incorporated the community’s competing values and empowered parents to make decisions based on their children’s needs, instead of the district assigning children to a school.

Shortly after his hiring, a group of community organizers supportive of the “healthy schools” plan and leery of Tata’s leadership began to complain. Great Schools in Wake (GSIW ) opposed a former member of the military leading the school district, the “choice” plan, and reform innovations including Young Men’s & Women’s Leadership Academies (designed to increase scores among students in the urban core), a Career and Technical Education school (for students not inclined to seek a 4-year degree), and Renaissance Schools (designed to attract the best school leaders to struggling schools and offer a “pay for performance” pilot).

Unfortunately for Tata, the October 2011 elections brought a new batch of board members that were interested in turning the clock back. Two of the new members were tightly aligned with GSIW, even though they didn’t publicly embrace the organization during the campaign. The new board members viewed the assignment plan as a mistake delivered by the former board majority and their Superintendent and not the community’s plan.

In June 2012, fearing the new assignment plan would create greater problems in its second year, the board abruptly issued a directive to Superintendent Tata to draw up a new address-based assignment plan for 2013-14 due in August 2012. Tata followed the directive and released a plan that met their directive, but the plan generated negative feedback from the community and the board rejected it. Making the situation worse was a major snafu in bus service at the start of the school year that resulted in Tata asking for the resignation of the person responsible. Unfortunately for Tata, securing the resignation of this ten- year senior level manager was enough to have the majority of the board vote to remove Tata as well.

Tony Tata brought the community together during a very tough time. While there were some missteps by Tata and his staff, the public has been largely supportive of his vision and direction. Concerns regarding the way the firing took place came from the editor of a local paper, a variety of community leaders, and even the former chair of the county’s Democratic Party.

What happens now? AdvancEd is again reviewing the accreditation status based on governance issues. The Board paid $250,000 to fire a superintendent without cause at a time they need citizen support for up to a billion dollars for school construction. Wake County is frustrated by the lack of school governance leadership. Due to the influence of partisan politics on the school board, concerns exist about the selection of a new Superintendent.

The Greater Raleigh Chamber is seeking ways to bring order out of the current challenges and is urging a transparent and consensus-driven process to find a new Superintendent knowing the community must work to reduce partisanship on the school board. Regardless of one’s politics, education reform is never easy and a community must rally around leaders working to challenge the status quo in public education.