K-12 Education
Education
May 3, 2010
Center for Education and Workforce 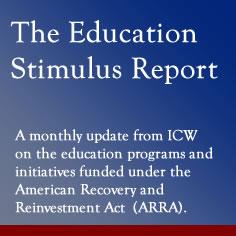 Of the $100 billion for education included under the American Recovery and Reinvestment Act (ARRA), nearly $49 billion was directed through the State Fiscal Stabilization Fund (SFSF), making it the largest single program under the Act.

The main goal of SFSF funding was to reverse cuts in state K-12 and higher education programs. Some observers have questioned whether the US Department of Education missed out on its chance to leverage this funding for reform as it has done with other programs, particularly the Race to the Top program.

However, SFSF, if run right, could end up having  the greatest reform potential of any program within ARRA.

Second, in exchange for the money, states promised to make progress on the four assurances that are the common elements across ARRA programs: achieving equity in teacher distribution; improving collection and use of data; raising standards and using high-quality assessments; and supporting struggling schools.

Third, ED has required each state to publish data demonstrating its status with respect to each of these assurances. States without data must provide a plan for doing so.

And fourth, ED has announced that it will use these data “in assessing whether a state is qualified to participate in and receive funds under other reform-oriented programs administered by ED.”

Overall, SFSF reflects a significant expansion in the data states must collect and report.  For example, where states previously reported information on the number and percentage of teachers who are “highly qualified” – they must  now also report on the extent to which districts use student achievement or growth data to evaluate teacher and principal performance.

Recently submitted Phase II State applications reveal the information that most states have collected thus far is limited to the data required under the No Child Left Behind Act.  However, by September 2011 States will have to ensure that all data (including the new elements) are available.

Despite the fact that states have collected significant information under NCLB, those reports went straight to the Department of Education.  Those interested in reviewing the data had to wait, often several years, for data to be published. In contrast, ED is now requiring these data to be absolutely accessible to the public. Each required data element must be publicly reported - the data or information required for an indicator or descriptor must be made available to anyone with access to an Internet connection without having to submit a request.

States are also required to maintain public websites that provide the data and information. This public focus is deliberate. In the application, ED states: “Increased access to and focus on this information will better enable states and other stakeholders to identify strengths and weaknesses in education systems and determine where concentrated reform effort is warranted.”

Publishing the actual status of these data collections is the first step in holding states publicly accountable. As a noteworthy second step, ED also has declared its intent to monitor state progress by actually visiting each state to ensure compliance and adherence to data timelines.

Despite the potential opportunity for SFSF to have a positive impact, serious questions remain. If a state fails to meet its assurances—including making its data available by the deadline of September 2011, what – if any – are the consequences? If a state does publish its data by the deadline, and those data show little or no progress, is ED willing or able to require improvement? What quality checks will be conducted to ensure that data are accurate?

Data, of course, don’t change anything about how students are educated. It is how the data are used that has the potential to reform education. To that end, it will depend upon how interested observers — including those in the business community—respond to the data and, when necessary use the data  to spur action and change.