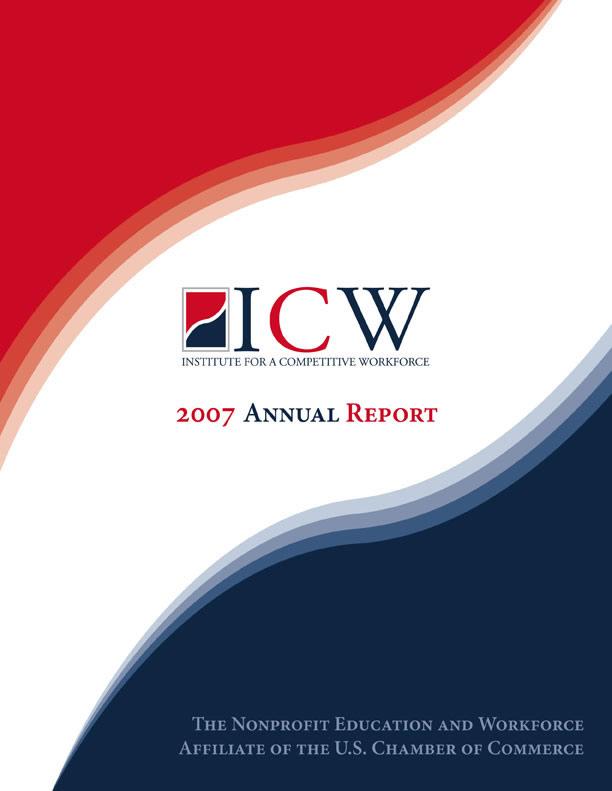 America’s business and industry leaders must have the resources they need to compete successfully in the 21st century global marketplace. That’s why the U.S. Chamber of Commerce works tirelessly to promote improvements in every part of the nation’s economic  infrastructure, from transportation, energy, and technology to health care, immigration, and tax policy.

However, while the Chamber remains dedicated to bringing about a whole range of economic reforms, it recognizes that one part of the competitiveness agenda requires special attention—America must do more to educate its workforce.

In business today, no competition is tougher than the global race for talent. In every industry, every job sector, and every part of the world, employers are asking the same question: How are we going to find, train, and retain the best workers?

Ninety percent of the fastest-growing jobs in America require at least two years of postsecondary education. Over the next several years, the U.S. Department of Labor predicts there will be roughly four million new job openings in health care, education, and computer sciences alone. At  the same time, nearly seventy eight million baby boomers are heading toward retirement. Yet, the nation’s young people remain unprepared either to replace those workers or to fi ll new positions in high-growth areas—today, a third of all students do not fi nish high school. Up to half of those who do graduate lack the advanced literacy and math skills they need to succeed in postsecondary education and the workforce.

Childcare and Health and Safety are Top Two Reopening Issues, According to Employers
More Than One in Five Working Parents Are Unsure Whether They Will Fully Return to Work
COVID-19 Impact on Childcare