To Compete Globally, America Must Up Its Game 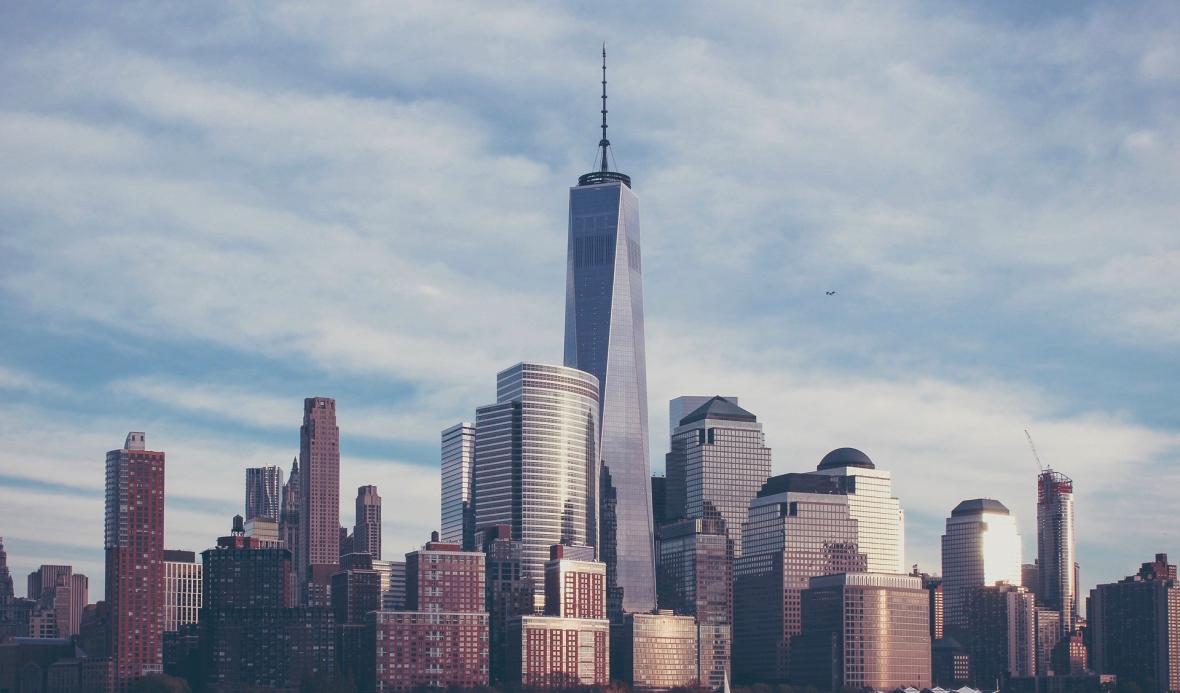 Four years ago, the U.S. Chamber of Commerce Foundation issued the report on the eight factors of America’s global competitiveness. It examined the nation’s business environment through the eyes of job creators. The analysis asked questions that job creators ask themselves in determining when, where, and how to take risks, deploy capital, and create jobs, and answered them with global assessments from expert institutions bearing on the nation’s competitive health.

Since then, America improved to 3rd place (from 7th) in the World Economic Forum’s (WEF) Global Competitiveness Index of 140 nations. Unfortunately, the improvement speaks more to deteriorating conditions abroad than to great strides at home. Indeed, a closer examination shows some troubling trends bearing on America’s factors of competitiveness over the past four years.

A close examination shows some troubling trends bearing on America’s factors of competitiveness over the past four years.

FACTOR 1: Will we have access to open, growing markets?

Four years ago, the United States ranked 8th in the world in GDP per capita by purchasing power parity (PPP), which accounts for differences in cost of living.[i] Today, we sit in the 19th position, barely in the first quartile of nations in WEF’s “macroeconomic environment” category (a broad evaluation of sustainable economic health). [ii], [iii] On the trade front, approximately 60 trade agreements have been signed worldwide over the past five years—none include the United States. Efforts to pass the Trans-Atlantic and Trans-Pacific trade pacts ran aground.

FACTOR 2: Will the costs of doing business be reasonable and competitive?

The United States still maintains the highest corporate tax rates among countries in the Organization for Economic Co-operation and Development (OECD). Indeed, we now have the third highest rates worldwide.[iv]

The cost of complying with federal regulation rose to nearly $1.9 trillion from $1.75 trillion four years ago.[v] Since 2009, 20,642 new rules have been added to the Federal Register.

The health care tab grew even faster. According to the Department of Health and Human Services, spending on healthcare this year is expected to reach $3.35 trillion, up from $2.6 trillion in 2010.[vi] Legal costs also continue to grow to $280 billion annually from $248 billion in 2009. (The true number may, in fact, be higher.[vii])

The energy picture is somewhat brighter for American consumers. During the summer of 2012, the average price per gallon of premium gas hovered around $3.85. Today, we pay average $2.69. Though the cost of electricity has bumped up somewhat, we continue to pay comparatively and historically low prices.

FACTOR 3: Will we have access to an excellent workforce?

Today, as ever, the majority of employers struggle finding qualified workers—it is among the most cited problems faced by executives.[viii] OECD found that America’s high school graduation rate dipped from 18th among 24 industrialized nations a few years ago to 20th most recently.[ix]  In standardized testing of students, we remain on a downward track in rankings, dropping six places in reading literacy, six places in math literacy, and two places in scientific literacy. And we place last in the proportion of college students receiving degrees in the skills of science, engineering and math. [x]

Similarly, we backtracked in the WEF evaluation of key job training metrics of “local availability of specialized training services” and “on the job training.”[xi]

In standardized testing of students, we remain on a downward track in rankings, dropping six places in reading literacy, six places in math literacy, and two places in scientific literacy. And we place last in the proportion of college students receiving degrees in the skills of science, engineering and math.

FACTOR 4: Will we have reliable access to affordable capital?

The 2016 WellsFargo/Gallup Small Business Index reported that 36% of respondents consider obtaining credit easy, the highest rating since 2008. Still, the majority of small enterprises find it difficult to obtain credit.

On the brighter side, the United States has shown marked improvement in a host of WEF’s evaluation of the nations’ financial sector. In financial market development, we rose from 16th in 2012 to 3rd in the 2016/2017 report. Similar leaps were evident in the soundness of our banks, national saving rates, country credit rating availability of financial services, venture capital availability, access to loans, and in financing through local equity markets.[xii] Less encouragingly, the U.S. share of global IPOs by foreign companies has dipped to less than 20%.[xiii]

FACTOR 5: Will we be supported with modern infrastructure and reliable energy supply?

In 2009, the American Society of Civil Engineers (ASCE) assigned the United States a grade of “D” for the state of its infrastructure. What was then estimated to cost $2.2 trillion to modernize our roads, bridges, and highways now costs $3.6 trillion.[xiv] Meanwhile, the World Bank marked a significant decline (from 20th to 35th place) in trade-related infrastructure efficiency and transport cost.[xv]

Our world ranking of 15th in the Internet and Communications Technology Development Index has held steady over the years, but for the global leader in the digital economy, anything but the highest ranking in ICT development is unworthy.[xvi]

Four years ago, the United States imported 45% of the oil it consumed, creating vulnerabilities from supply interruption. Today, America’s net imports are “equal to 24% of U.S. petroleum consumption, the lowest level since 1970.”[xvii] Moreover, this country’s ranking in WEF’s “quality of electrical supply” category has improved to 17th from 33rd over the past few years. [xviii] However, such a ranking is still worrisome given the importance of electrical supply to the nation’s critical infrastructure and the digital economy.

Our world ranking of 15th in the Internet and Communications Technology Development Index has held steady over the years, but for the global leader in the digital economy, anything but the highest ranking in ICT development is unworthy.

Since the end of 2011, America’s debt has risen by more than 31% to $19.5 trillion—well over the growth-restraining red-line of 100% of GDP. [xix] When the American Competitiveness report was first written, mandatory outlays totaled $2.073 trillion; this year, they are estimated to reach $2.44 trillion.[xx] The Congressional Budget Office is projecting that over the next decade mandatory outlays will rise in nominal terms by almost 70%.[xxi]

FACTOR 7: Does the country have sound governance and a fair and efficient legal system?

The World Bank downgraded our standing in its Ease of Doing Business report to 8th place after registering at 4th place in 2013.[xxii] On a seemingly positive (but still concerning) note, Transparency International’s 2011 Global Corruption Perceptions index recently upgraded the U.S. ranking eight spots to a still-dubious 16th place among 168 nations.[xxiii]

WEF’s evaluation of the quality of national institutions, which takes into account good governance factors such as burdensome government regulation and wasteful government spending, delivered a mixed bag in its most recent study. The United Stated hopped to 27th place from 39th—a positive but poor showing for the global leader of democracy, freedom, and human rights.[xxiv]  Equally distressing is our downgrade by the World Bank to 20th (this year) from 7th (in 2012) in ease of enforcing contracts. [xxv]

FACTOR 8: Does the country offer a dynamic culture of innovation?

As noted above, the World Economic Forum continues to rate the quality of math and science education in the United States as extremely poor, placing us 33rd in its most recent evaluation.[xxvi]  According to the National Center for Education Statistics, less than 40% of American students are proficient in math, reading, and science skills—all of which are critical for innovation.[xxvii]

While the number of science, technology, engineering, and mathematics (STEM) degrees awarded by U.S. universities has grown considerably over the past decade, a large portion of these degrees were awarded to temporary residents.[xxviii], [xxix]

In a very positive ranking, we now lead the world in innovation cluster development. Nevertheless, we still trail many of our competitors in fixed broadband penetration and internet bandwidth.[xxxiv]

As we embark on a new year, the United States has much work to do. We are still the greatest economy on earth, but if we are to maintain our leadership and perform at peak, it’s time to pick up our game in every category of national competitiveness. Upon this mission rests America’s present and future prosperity in world that still needs an America at its best.

[v] Crews Jr., Clyde Wayne. “Tip of the Costberg: On the Invalidity of All Cost of Regulation Estimates And the Need to Compile them Anyway.” Competitive Enterprise Institute. (Washington D.C.: 2016), 8. <https://www.scribd.com/document/103172296/Tip-of-the-Costberg-On-the- Invalidity-of-All-Cost-of-Regulation-Estimates-and-the-Need-to-Compile-Them-Anyway>