The Spirit of Giving, All Year Long 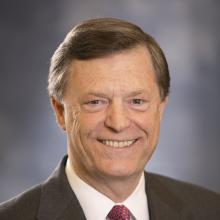 Visitors entering the lobby of the U.S. Chamber of Commerce during the holiday season immediately see a pair of small decorated trees. We call them the Giving Trees, because employees select ornaments with gift suggestions for local children in need.

America is the most generous nation in the world, and it is in our nature to lend a hand to those less fortunate and to respond to those in crisis.

We do this not only during the holiday season, but throughout the year. And companies follow the lead of Americans by supporting causes from responding to disasters to fighting hunger.

I was honored to speak last month at the 15th Annual Corporate Citizenship Awards, where the U.S. Chamber of Commerce Foundation recognized eight companies for their commitment to giving back. I was impressed with the magnitude of their generosity as well as with the number of different ways that companies help.

One honoree, PNC Financial Services Group, has awarded more than $73 million to nonprofit groups as part of a broad bilingual effort to help children succeed in school.

Other award recipients include United Health Group, which saw 81% of its workforce perform volunteer work in 2013, and Capital One Financial, which has partnered with 29 local organizations in New Orleans to rebuild neighborhoods ravaged by Hurricane Katrina.  (Please read the full list of award winners.)

The Foundation’s Corporate Citizenship Center (CCC) continuously highlights a wide range of businesses that do good, including those that bring nutritious food to inner city neighborhoods to those that reduce water usage at power plants.

The generosity of the business community often comes out in full force following disasters. Time and again, we’ve seen companies provide support and donations for victims of hurricanes, earthquakes, and other disasters.

Most recently, American companies have stepped up to help battle the Ebola virus, which has taken the lives of several thousand people in West Africa. The CCC reports that companies have pledged more than $45 million in cash and in-kind donations for relief and recovery efforts.

The charitable efforts of American companies are remarkable, but it’s important to note that businesses make the world a better place in the normal course of their operations.

Businesses create products and services that make people’s lives easier. They produce jobs. They drive our nation’s economic growth and are the engine that enables individuals and families to build wealth and achieve the American Dream.

I hope that you’ll take time to think about how your company gives back. Consider volunteering or even leading a new charitable event.

I also encourage you to read more about our Corporate Citizen Award winners. They are worthy of recognition for their giving spirit 365 days a year. 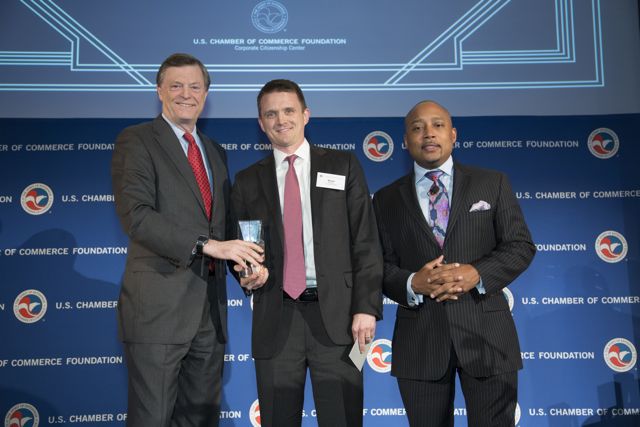 Looking Ahead: Top CSR Trends in 2020
Digital Empowers: Elevating Disability Inclusion at Work
Innovating Solutions to Address the Sustainable Development Goals
This form needs Javascript to display, which your browser doesn't support. Sign up here instead