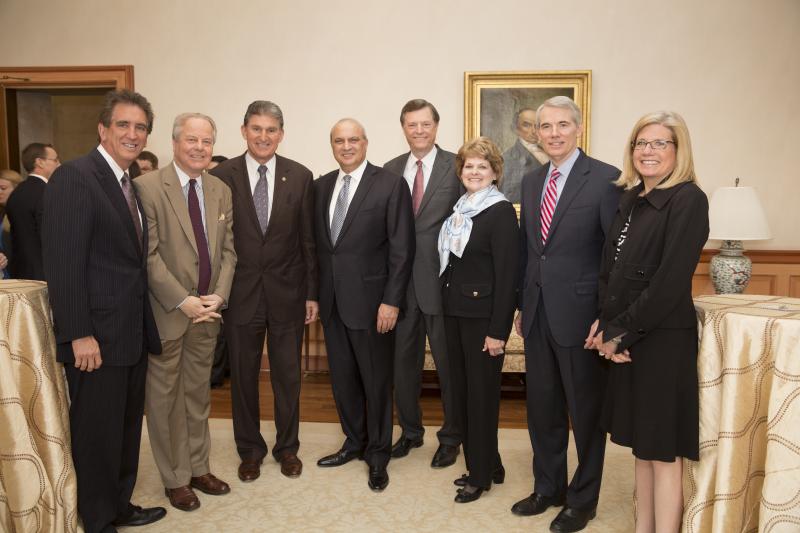 The top executive of a major U.S. energy supplier said America must pursue policies that ensure a stable flow of electricity supply, and warned against too much enthusiasm for renewable sources.

While acknowledging the need to reduce carbon emissions, FirstEnergy Corp. President and CEO Anthony Alexander said governmental policies favoring renewable energy sources and discouraging the use of baseload generation resources were stifling growth and threatening the reliability of electricity service.

“We need to reaffirm this nation’s long-term energy policy in favor of diversity of supply and reliance on the market, not the government picking winners and losers among energy technologies and customer choices,” he said.

Alexander spoke on April 8 at a luncheon hosted by the U.S. Chamber of Commerce Foundation and the Institute for 21st Century Energy. He spoke passionately about the need to support a wide range of energy sources, including coal, nuclear and natural gas.

He said renewable sources including wind and solar, which have been supported by the White House and environmentalists, are part of the equation but cannot serve as a replacement for power sources that are available when needed.

“Electricity is under attack in our country,” Alexander said. “And this battle is being waged through largely untested policies that that will ultimately impact the reliability and affordability of electric service, and the choices customers now enjoy.”

Alexander noted that while natural gas has become a major new source of energy, the infrastructure to deliver it still lags.

“Unfortunately, as we learned during the Polar Vortex in January, that infrastructure is a long way from being able to assure reliable electric service,” he said. “Some generating units were off-line as natural gas was used to meet higher priorities—and the entire market was affected by a substantial increase in the price of natural gas.”

Alexander also said any closures of nuclear facilities would be disruptive.

“Whether you agree or disagree with the need to control carbon emissions, the simple fact is, without nuclear energy, it will be difficult to meet any carbon objective – and if we turn our backs on coal, it may prove impossible to sustain the reliability and affordability of the electric service we now enjoy,” he said.

Alexander’s remarks were echoed by Sen. Rob Portman (R-Ohio), who noted the closure of more than a dozen coal plants in his state.

“We’ve got a real problem now in terms of the reliability of the grid,” said Portman, who said there will be a hearing Thursday on Capitol Hill to discuss the issue.

“It’s about getting together to figure out how we can have reliable, dependable energy,” Manchin said.

Chamber Foundation executives said it was important for companies like FirstEnergy to speak out against policies that they believed were stifling to growth.

“For as much as FirstEnergy is about leading the way in energy, they are also very much about the power that makes the future of this country so promising,” Chamber Foundation President John McKernan said. “Without power and innovation, the growth, competitiveness, and connectivity this country needs will not be possible.”