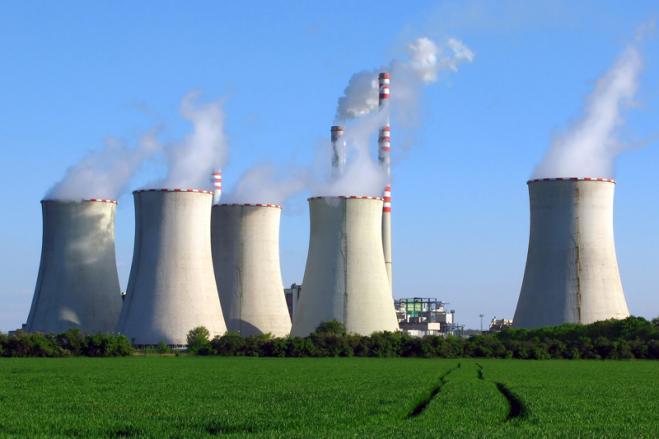 This post was originally featured on the U.S. Chamber's FreeEnterprise.com site.

For those of a certain age, the early 1980s trigger flashbacks to Reaganomics, The Preppy Handbook, Michael Jackson’s Thriller, and an adorable extraterrestrial known simply as E.T. It was also during that time when the last new nuclear energy plant was built in the United States.

But that could soon no longer be the case with today’s announcement by the Nuclear Regulatory Commission to approve a license for the construction of two new nuclear reactors at Georgia’s Power Plant Vogtle.

The approval of two new nuclear reactors at Plant Vogtle represents an enormous milestone in the effort to provide safe, reliable, and clean electricity to consumers. This important step allows full construction to begin on the first new reactors built in over 30 years and is the result of hard work by Southern Company and its partners, and the NRC. This first-ever approval of a reactor under this new licensing regime demonstrates the process works and goes a long way in reducing the risk for other new nuclear reactors to follow.

We firmly believe that energy is the foundation that fuels America’s economic recovery. The $14 billion investment in the new reactors at Plant Vogtle will create 5,000 new construction jobs and 800 permanent jobs—many of them highly skilled. In addition, these new reactors will help us meet increased demand for electricity by powering nearly half a million homes and businesses in Georgia with emissions free power.

In a time of excessive red tape and over-regulation, it is refreshing to see a project like this move forward. Unfortunately, opponents of nuclear power are still seeking to halt these and other new reactors from being built despite indisputable evidence supporting them. It is disappointing that the Chairman of the NRC saw fit to join them. Nevertheless, today’s decision is worth celebrating.

A 2010 report, Project No Project, released by the U.S. Chamber documents 351 energy projects nationwide that are being stalled, stopped, or outright killed nationwide due to “Not In My Back Yard” (NIMBY) activism, a broken permitting process, and a system that allows limitless challenges by opponents of development. Twenty-three nuclear energy projects are included in the report.

The authors of the report found that the successful construction of the 351 projects could produce a $1.1 trillion short-term boost to the economy and create 1.9 million jobs annually. Moreover, once constructed and operational, these facilities in the aggregate could generate $145 billion in annual economic benefits and involve 791,000 jobs.

Just last year, NCF hosted the CEO of the Southern Company, Thomas Fanning, to give a talk on the future of his company and of his sector.  Check out the full webcast to hear more.