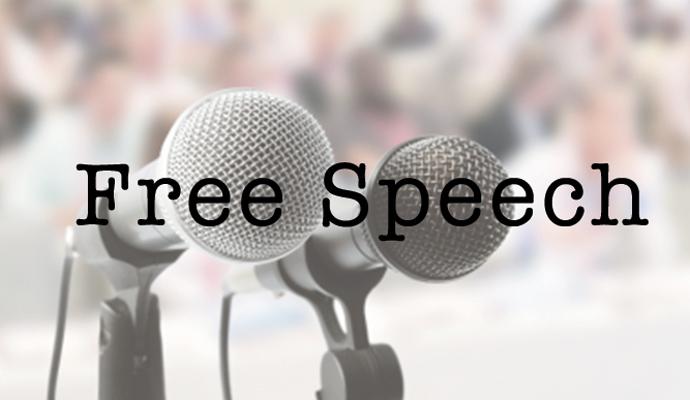 One of America’s most cherished and fiercely defended liberties is the right to free speech. The First Amendment to the U.S. Constitution says that Congress cannot pass laws that abridge the freedom of speech. While the wording is simple, its meaning is anything but, and the discussion over what constitutes protected speech has driven debates and Supreme Court rulings for decades.

At its core, free speech protection is designed to uphold an informed electorate. It handcuffs federal, state and local power, ensuring that citizens have the right to speak out against their government without fear of legal repercussions. In addition to political speech, the First Amendment also allows defamation of public figures and indecent or symbolic speech. Overall, the government has no authority to regulate speech based on its content, unless it defames private citizens, incites violence or is obscene. Yet, while free speech was granted soon after the birth of the United States, commercial speech has only recently found protection under the First Amendment.

In general, commercial speech means expressions related only to the speaker and the audience’s economic interests. So long as that speech does not deceive the public or promote illegal activity, it is protected by the Constitution, and in 1980, the Supreme Court established the Central Hudson test as a means to determine protections of commercial speech. Yet, for most of constitutional history, the government interpreted its role regulating commerce to include regulation of commercial speech. About 40 years ago, however, that started to change.

Before the mid-1970s, for example, the Commonwealth of Virginia banned advertising for prescription drug prices. In a groundbreaking 1976 decision, the Supreme Court rejected this, deciding that price was an important piece of information for consumers navigating the free market. The same decision was reached in 1996 in a challenge to Rhode Island’s law against advertising liquor prices. Ruling against the law, Justice John Paul Stevens wrote that, "The First Amendment directs us to be especially skeptical of regulations that seek to keep people in the dark for what the government perceives to be their own good. That teaching applies equally to state attempts to deprive consumers of accurate information about their chosen products."

Yet, business’ right to free speech has encountered challenges, even recently. Last year, Hawaii introduced legislation that would put to a vote whether business entities are excluded from free speech protection. House Bill 119 encountered stiff resistance and to date has been deferred. Even if it passed and voters decided to amend the state Constitution, however, the free speech protections guaranteed by the U.S. Constitution and amendments would trump the state law in all cases.

There have been less direct legal challenges to business free speech. Recently, the owner of the fast food restaurant Chick-fil-A publically stated his stance on gay marriage thereby launching a firestorm of debate and media coverage. A position on either side of the issue is not related to consumers’ economic interests, but the statement did have an impact on the company’s sales. Consumer use rose 2.2 percent, increasing market share and ad awareness. At the same time, there was widespread negative public blowback, which produced calls for a nationwide boycott of the restaurant chain by those who held a different opinion than that of the Chick-fil-A executive’s stance. In the midst of the public debate, Chicago’s government exerted pressure on the company’s public stance.

Chicago Mayor Rahm Emanuel said, “What the CEO has said as it relates to gay marriage and gay couples is not what I believe, but more importantly, it’s not what the people of Chicago believe…I do not believe that the CEO’s comments … reflects who we are as a city.”

Chicago Alderman Proco Joe Moreno also protested Chick-fil-A restaurant openings in the Windy City, encouraging the restaurant to change its stance and end issue-focused donations. Moreno ultimately backed down, given company pledges to treat all people with respect, as well as evidence that the company was not donating to specific groups. No matter one’s take on the highly sensitive issue, this public pressure seemed to walk a fine line against what Justice Anthony Kennedy wrote in 1993: "The commercial marketplace, like other spheres of our social and cultural life, provides a forum where ideas and information flourish. Some of the ideas and information are vital, some of slight worth. But the general rule is that the speaker and the audience, not the government, assess the value of the information presented.”

Drawing from the wisdom of the Supreme Court, it would seem that in a free market, it is not the government’s call on where and whether a business can open. If Mayor Emanuel is correct and Chick-fil-A does not reflect Chicago’s views on a social issue, then consumers can use their purchasing power to decide whether the restaurant is welcome.

An important point, however, is that while the first amendment offers protections from the government, it provides no such protection from societal response. With the rapid development of cheap, easy digital mass communication, individuals and businesses alike have the capacity to speak to the nation and the world. If that speech runs counter to the prevailing public opinion, it can generate a negative public response. For individuals, this may bruise the ego; for businesses, it can damage sales and opportunity and shrink the customer base. Businesses exercise their right to free speech at their own profit and peril. This, however, is the beauty of the free market and a free society. Individuals and organizations are free to say what they please, and consumers are free to decide whether they will choose one product or service over another.