U.S. Chamber of Commerce Foundation / With Global Economy Changing, Strike While the Iron is Hot

With Global Economy Changing, Strike While the Iron is Hot 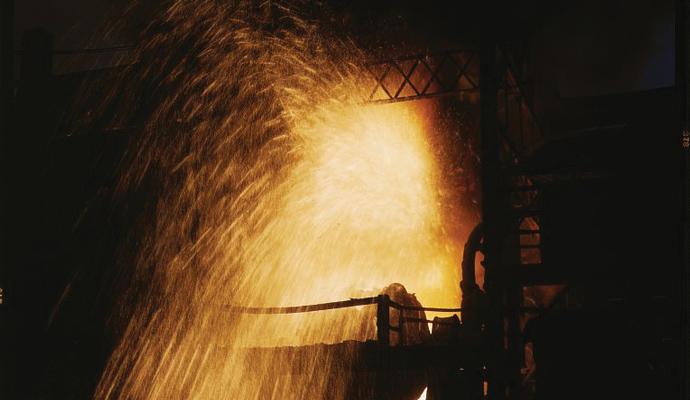 It’s a fact of life that things change. Nothing is permanent, and the future is near-impossible to predict. Just a few years ago, two of the world’s major developed economies were in dire straits. The U.S. economy was in a shambles, and the Eurozone was suffering under the weight of a sovereign debt crisis. Meanwhile, emerging markets—such as Brazil, Russia, India and China (BRIC)—were showing rapid growth and a wealth of opportunities. Some naysayers even prognosticated the end of the American era, giving way to the rise of China and other world powers.

Yet, today, the global economy looks markedly different. The Eurozone recently exited recession (the longest in its history), and the U.S. economy is looking promising for the second half of 2013. At the same time, emerging market growth has stalled and in some places it is even contracting. This is a clear-cut example of why we must never rest on our laurels. Nothing is a foregone conclusion, and when global circumstances change this quickly, we must be ready to seize opportunity.

Recent data shows U.S. economic growth is in a much-needed upswing. The Commerce Department reports that U.S. GDP grew at a 2.5% annualized rate in the second quarter. This was matched by a 2.5% annualized growth rate for gross domestic income. Before-tax corporate earnings increased at a rate of 3.9%, exceeding $2 trillion, an all-time high. With the biggest increase in exports in more than two years, as well as fewer imports, the U.S. trade deficit shrank. All this while the labor market is strengthening, home prices are rising, and housing construction enjoyed its fourth consecutive quarter of double-digit growth. The country as a whole appears to be re-entering a period of prosperity and abundance.

Considering globalization and the fact that emerging markets account for fully half of the world economy, the weakening state of the emerging economies could pose challenges for all nations. This is something we’ve seen before. In 1998, emerging markets suffered a currency crisis, which caused the Dow Jones industrial average to plummet 19% in the second half of the year. Yet, the interconnected nature of all economies could also be the world’s saving grace. Improving conditions in the United States and elsewhere offer hope for emerging markets in the future, given the potential for increased consumer appetite and demand for imported products.

There is a time to reap and a time to sow, and America’s businesses need to harvest the opportunities available today. This means embracing a perspective of abundance. As U.S. Chamber of Commerce Foundation Fellow Tamara Carleton wrote in “A Measure of Abundance: How the Notion of Abundance Defines Our Nation’s Legacy and Business Outlook:”

“Abundance matters to business because it is a belief system that shapes intentions and expectations in the marketplace and beyond…As we emerge from a shell-shocked economy, business leaders, entrepreneurs, and innovators must dream big again, building the next era of the American Dream.”

This abundance mindset gives us the confidence and wherewithal to do great things. America has been the birthplace of many world-changing innovations and world-leading companies. We must seize upon growth trends and embody the American notion that in a free country, anything is possible. Now is the time to build America’s pool of human capital, to reform our regulatory system, and to focus on using the country’s vast resources to catapult the nation to higher levels of success and profitability.

We need to continue innovating and developing the technologies that improve efficiency and capabilities. Less than 10 years ago, the United States was forecast to become a natural gas importer. Today, thanks to new technology and industry improvements, the United States is the world’s largest natural gas exporter. There is no telling what the investments and developments achieved today will accomplish tomorrow, and as a nation, we need to strike while the iron is hot.

There are so many trends and factors at work in the global economy that it is difficult to anticipate where we will stand in a decade. Now more than ever, we need to be far more attentive and strategic in reinforcing the things we want and correcting the things we don’t. There’s no telling what the future holds, but we can shape how that future looks by innovating, investing and embracing our long tradition as a nation of entrepreneurs.