Journey to Recovery for Butte County, CA and the Camp Fire Towns 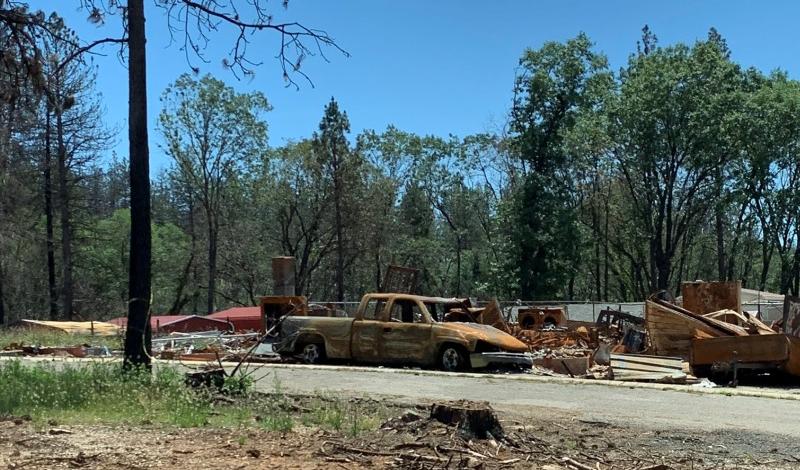 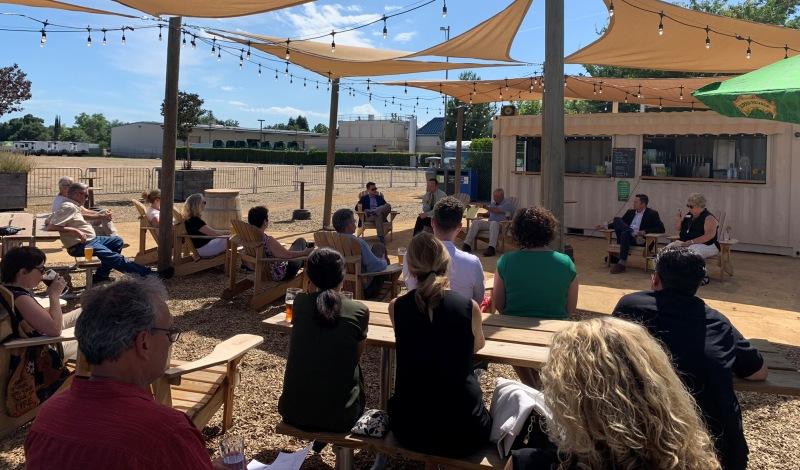 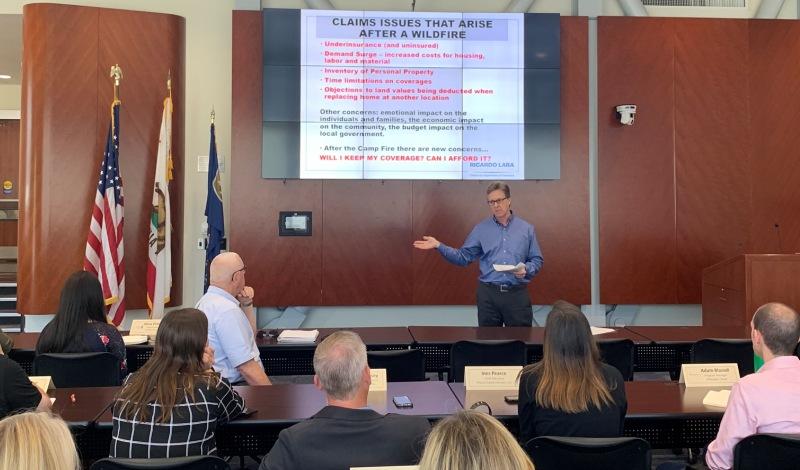 The U.S. Chamber of Commerce Foundation knows from time spent with leaders from numerous disaster-stricken communities that running a city and putting a city back together after a disaster are vastly different things.

On June 5 and 6, with support from Wells Fargo, the U.S. Chamber Foundation’s Disaster Help Desk for Business and Disaster Response and Community Resilience teams led a business delegation to Butte County, California, where we toured the wildfire-devastated towns of Paradise and Magalia.

The Camp Fire, named for the road near which it ignited, began on November 8, 2018, and became the most destructive wildfire documented in California. For most of the duration of the two-week fire, embers jumped with the strong wind gusts, causing 150,000 acres and approximately 18,000 homes to eventually burn. Exit routes from the Paradise Ridge were at first gridlocked, and then quickly blocked by fallen trees and utility poles. Life as it was known in Paradise and Magalia was completely changed within a short 10-hour period. Eighty-five people died and 2,100 people were missing.

On the ground in Paradise, Brooks Nelson, head of the Disaster Response and Community Resilience Network, asked local community leaders what they wanted to see in their community by the time the one-year anniversary of the Camp Fire occurs later this year.

Their answers reveal the great extent of the destruction and the toll the Camp Fire has had on residents.

Doug Teeter, a Butte County supervisor, simply wants all of the debris and dead trees cleared within the first year. He added that he would also like the county’s historical museum and a bridge that is popular with tourists to be rebuilt. While he noted it’s likely a long stretch, he wants potable water to return to the towns.

Paradise Town Manager Lauren Gill wants a memorial to be built where people can go to reflect on the life-changing incident. “The grief comes in waves,” she said. “I want our people to feel hope, and I want to tell the world that this [a catastrophic disaster] can happen but you can rebuild better.”

Casey Hatcher, the county economic and community development manager, said she wants people to feel that the community is healing. She wants residents to feel like they have a vision for their own recovery and rebuilding.

As the community advances toward the one-year mark, several immediate recovery needs are continuing to plague the community.

While this is taking place up on the Paradise Ridge, another community in Butte County is grappling with the Camp Fire aftermath in a different way. Chico is 15 miles west of Paradise and is in the Sacramento Valley. Chico took in hundreds of fleeing residents from the Paradise Ridge.

In fact, Chico saw an immediate 21% population increase from the Camp Fire, which has held steady in the months following. With no time to plan for that degree of population increase, city infrastructure and social services are being put to the test, and it’s not easy on residents, evacuees, or community leaders.

The two biggest impacts on Chico are housing availability—there is none left—and labor and workforce challenges. On one hand, about 15% of the Chico workforce has lost their homes and are not readily available to continue their jobs, which has a significant effect on local businesses. On the other hand, there is not enough housing to accommodate the clean-up and recovery crews who are working throughout Butte County.

So, what’s next for Butte County and how can interested businesses help? On June 25, the Butte County recovery plan was presented to state and local officials, which describes the sequence and costs of recovery and rebuilding efforts, how they are to be funded, and how much additional assistance may be needed to fully fund the plan. The Chamber Foundation is sharing a copy of the recovery plan with attendees and the broader business network to see how corporate citizens can play a role.

For one company, Wells Fargo, recovery assistance in Butte County is already well underway and was highlighted by several state and local officials during the delegation trip. Wells Fargo has 14 employees who lost their Paradise homes. To date, the company has donated nearly $4 million to help with the initial aftermath and ongoing affordable housing needs. “We have a 10-year mentality,” said Kären Woodruff, Wells Fargo VP of Corporate Philanthropy and Community Relations. “Recovery and rebuilding will be a 10-year process, so we plan to help for 10 years.”

Any company interested in learning more about how they can help invest in the immediate needs (above) or in the areas to be found in the long-term recovery plan should contact Brooks Nelson.