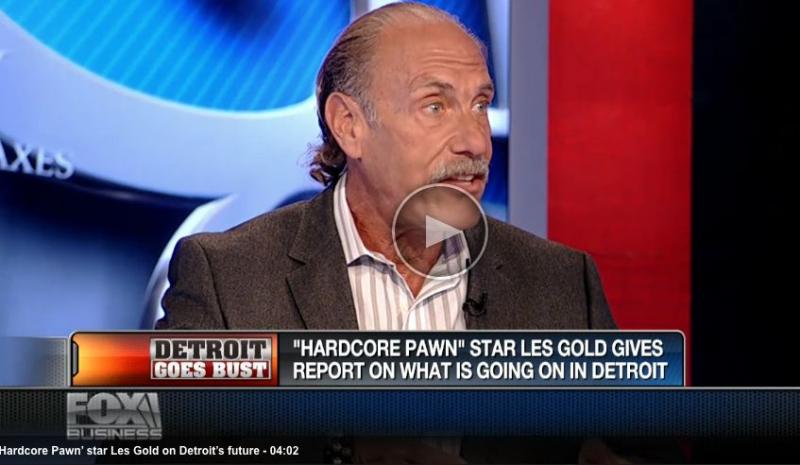 There are few businesses tougher than pawnbroker. And there are few places tougher to run a business than Detroit. So when Detroit pawn shop owner Les Gold, star of truTV’s reality series "Hardcore Pawn" says his city is on the comeback, it certainly gives that assertion some credence.

Gold, owner of American Jewelry and Loan, was on FoxBusiness to give an update on Detroit’s recovery:

"Detroit is on the uptick. We are really going strong….We have so many people dying to drop money on us. It’s really unbelievable. Downtown is growing….people are really coming in droves. You can’t imagine. We have busloads of people coming.”

The federal EB-5 visa program is designed to attract "entrepreneur aliens" by offering them a green card in exchange for domestic investments that produce at least 10 new jobs in the U.S.

Immigrants can qualify by devoting $500,000 to a project in a high-unemployment or rural area, of which there are 433 in Michigan, or $1 million in a more affluent part of the state."

“While no other major American city has experienced recent decline like Detroit has, a community of entrepreneurs and start-ups are reenergizing and revitalizing the city and its future prosperity.”

Among the 10 cities under review, the 2014 Regulatory Climate Index ranks Detroit in sixth position, with the first place (Dallas) representing the most efficient regulatory environment.

Where Detroit is doing well, according to the report:

Read the full report here, and the Detroit chapter here.