Robert Shiller and the Winds of Austerity 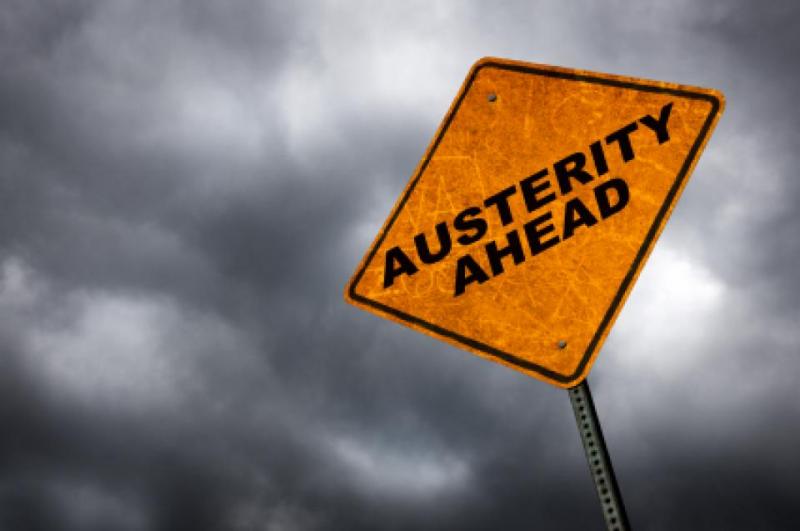 An austere wind is blowing, whipped up by budget cuts and regulatory and economic uncertainty.  What of the job creator in this climate?  Will our economy simply dry up or will the weight of recession be blown away?  Robert Shiller of Yale took to a poem recently --  "The building Trade is quite destroy’d, Artificers are not employ’d" -- in wondering whether history or academia had any answers to this stiff gale.  He found some tempered hope, but not much more.

The truth is though, Shiller didn't look in the right places. The real question Shiller should have been asking is whether austerity increases confidence, not whether it produces economic growth.  Rather than focus on the purely measurable, Shiller should have taken a cue from his past writings and looked closer at the slippery "animal spirits" that drive our modern economy. In the simplest sense, austerity means less money in the economy.  Governments reduce their expenditures on the proverbial guns and butter and the result is what Bernard Mandeville's poem Fable of the Bees shows: "The Price of Land and Houses falls; Mirac’lous Palaces, whose Walls, Like those of Thebes, were rais’d by Play, Are to be let."

Austerity cuts directly into demand and ripples across an economy, even touching the "mirac'lous palaces" of our American suburbs. Is it that simple though?  Shiller doesn't seem to think so, and neither do I.  Our economy is immensely complex, partly because we're complex and often irrational consumers and spenders. One recent study by Harvard economist Alberto Alesina on public sector austerity found that parsimony needn't result in economic pain.  Rather, the record shows that fiscal tightening can lead to the sort of confidence to invest and create that we so desperately need today.  "Sometimes, even often, economies prosper nicely after the government’s deficit is sharply reduced. Sometimes, just maybe, the austerity program boosts confidence in such a way as to ignite a recovery." This may still be too simple.  Alesina’s study was overly abstract for Shiller and without enough historical evidence.

For a look to the past he turned to Jaime Guajardo, Daniel Leigh, and Andrea Pescatori of the International Monetary Fund.  Their study "found a clear tendency for austerity programs to reduce consumption expenditure and weaken the economy." The authors culled the historical record to find only the austerity programs that were meant to better an economy over the longer term.  More often than not, austerity didn't work out as they planned and indeed led to tougher times. There's still something being lost in the analysis.  Job creators run off of confidence nearly as much as they do capital.  It's confidence that's at the heart of economic growth.  Confidence is slippery though and hard to measure.

So for the dismal scientist looking to quantify the effects of austerity, it's hard to tell whether austerity kills confidence and thus growth or is the result of declining confidence itself. Perhaps in the end austerity is what we make of it.  Shiller is doubtful that austerity expands an economy and he's likely right.  Sometimes a country has no choice but to cinch its belt and lean into the dry austere gusts.  The real challenge is to have a growth agenda that's intent on building confidence and clearing away obstacles.  Why even wait for red tape to wither?  A confident private sector is far more willing to step into the breach opened by a shrinking public sector, deploying its capital both physical and financial.  Our loss-averse nature means that we're often more inclined to take risks in the face of austerity.  That too is a good thing, since risk-taking is one of the essential elements of entrepreneurship

In a time of austerity, confidence is key.  Private capital must be free and open to take advantage of whatever animal spirits there may be, though tempered by these tough times.  Austerity, if it comes, should simply be a re-prioritization of where our money goes -- ideally, toward growth and innovation -- to be matched with structural reform in government. We must be prepared and confident in the face of this austere gale.