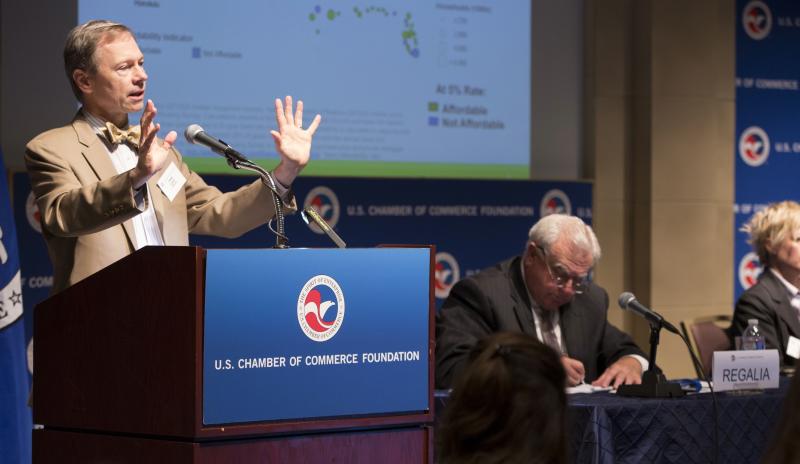 The American economy is growing at a slow but steady pace, but there are long-term issues that still loom as potential threats to the nation’s fiscal health, three top economists said on Wednesday at a forum hosted by the U.S. Chamber of Commerce Foundation.

Economists from the U.S. Chamber of Commerce, Standard and Poor’s and Freddie Mac said that increase consumer spending could give the economy a boost in the second quarter. But, they said the economic recovery—now in it’s fifth year—still needs a jolt.

“This recovery has been one of the slowest, if not the slowest on record. We just have not grown the way we should,” said Dr. Martin Regalia, the senior vice president for economic and tax policy and chief economist at the U.S. Chamber of Commerce. “There is a good reason why people around the country don’t feel like we’ve been in recovery.”

Regalia said he predicts growth of slightly more than 3% for the second quarter and 3.5% by year end. On the positive side, he said the American consumer appears to be spending more, and housing appreciation has helped boost overall wealth to record levels.

Beth Ann Bovino, U.S. Chief Economist for Standard & Poor’s Ratings, said she was “pretty optimistic” about the economy, pointing to increased spending in the private sector, lower unemployment and an improving housing market. Low energy prices resulting from the natural gas boom could also have a positive effect by creating manufacturing jobs here at home, she said.

“The momentum of the underlying economy seems to be in place,” Bovino said. 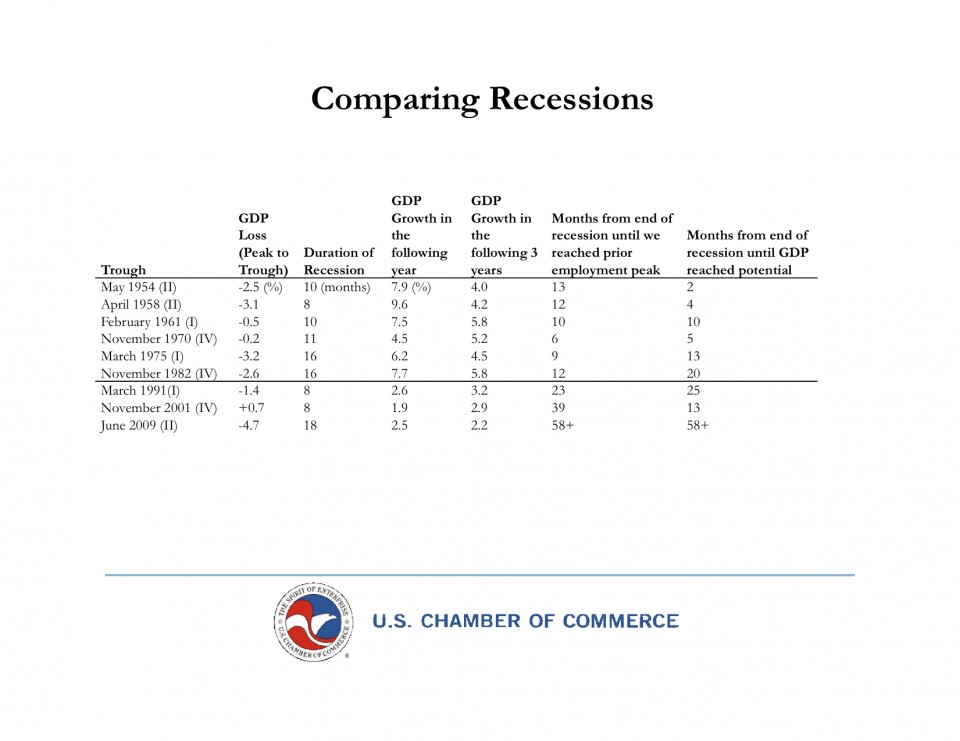 Economists said that despite some positive signs, the overall pace of growth was still being held back by a number of factors.

Bovino noted that while the unemployment rate has fallen to a five-year low of 6.3 percent, the overall people in the job market is at its lowest point in more than three decades. And while overall wealth has increased, gains have been less pronounced among middle class Americans.

Regalia, meanwhile, said that the U.S. economy will suffer over the long term if the country fails to address its debt load. The interest on the nation’s national debt is projected to grow to be larger than the budget of the Department of Defense, he said, and reforms to entitlement programs will be an essential part of getting the nation’s fiscal house in order.

“We are running huge deficits, both in terms of dollars and as a percentage of GDP,” he said. “These problems need to be addressed when the economy is growing. If we get a window, we need to take that window. We are not addressing the fundamental issues that are out there.” 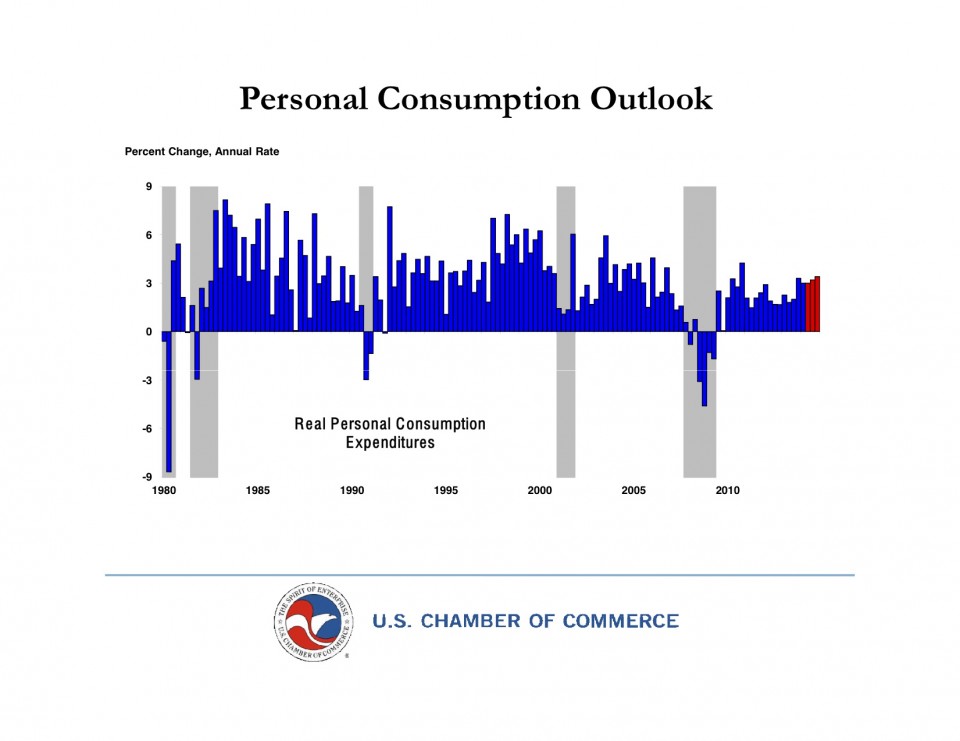 Housing on the Rebound

A collapse of the housing sector was a major driver of the nation’s economic woes in 2008 and 2009, but things are looking up, according to Frank Nothaft, vice president and chief economist for Freddie Mac.

Nothaft said he expects about 3% overall economic growth in 2014, in part due to a 15-20% rise in housing starts. Each housing start, he said, represents three new jobs.

Nothaft said that while mortgage interest rates have been creeping up, they remain historically low, and homes are affordable in most parts of the country. He said home values are expected to rise about 5% this year.

“With most markets remaining affordable, I think that lays a good groundwork to help home sales moving forward,” he said. 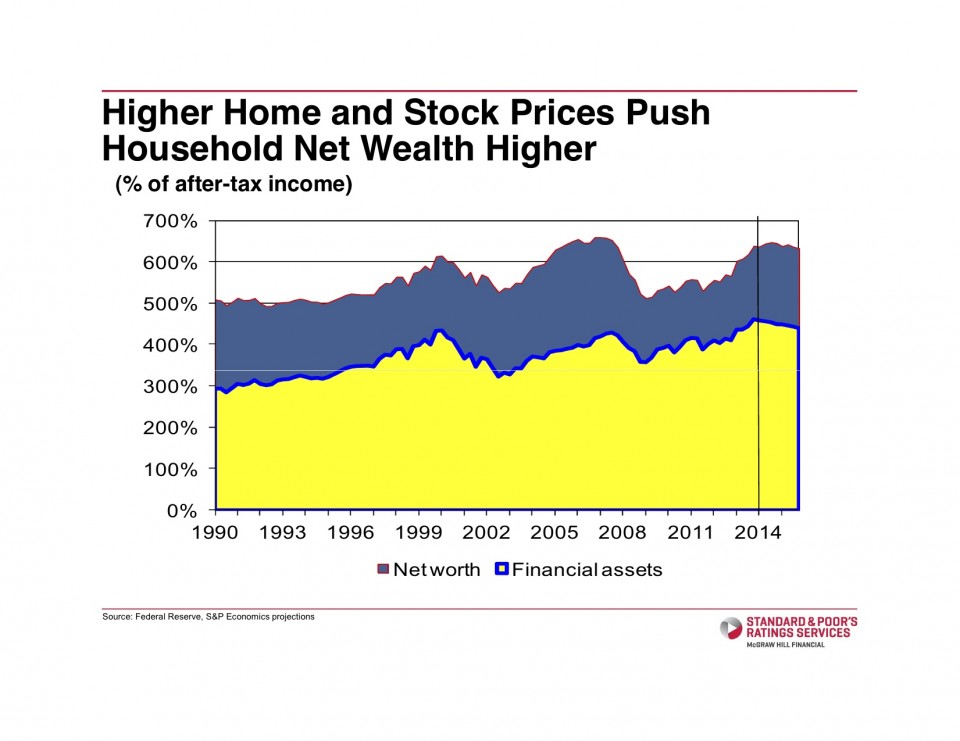