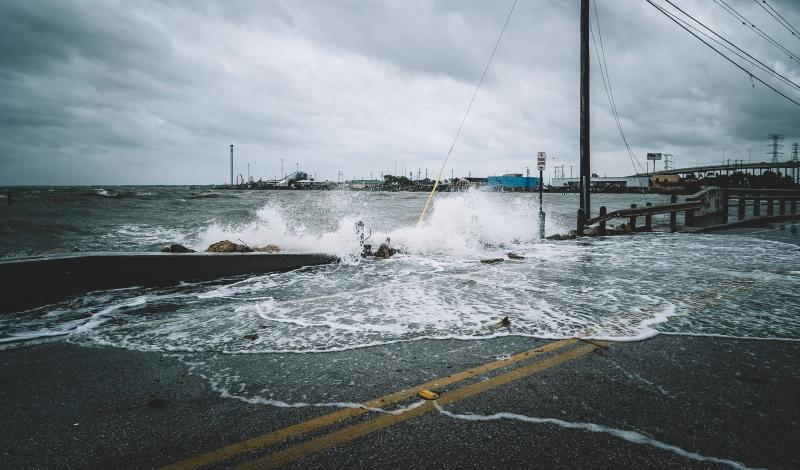 Hurricane Dorian became “the strongest hurricane in modern records” to hit the Bahamas, according to the National Hurricane Center. The slow-moving storm has caused massive flooding, including constructional damage in the Bahamas and continued to move slowly along the eastern coast of the U.S., impacting several states along our shores. As we begin to see the full effects, here are partners who are currently responding to the most immediate needs.

Businesses wanting to assist with Hurricane Dorian recovery efforts can use the following resources to coordinate their efforts and make sure they are meeting the immediate and long-term needs of the communities on the ground.

Access the Corporate Aid Tracker to see what businesses are doing to assist the Hurricane Dorian relief effort.

Learn more about organizations providing aid on the ground.

Airlink coordinated with partners and transported responders to assist the most heavily impacted areas.

All Hands and Hearts

All Hands and Hearts International Response Team deployed to Abaco. Based on remote assessments, previous work in the region, donor interest, and very high volunteer interest so far, they will likely do 3-6 months of response work (e.g. debris removal and mucking/gutting) followed by 12+ months of recovery work (e.g. home and school reconstruction). Learn more here.

ALAN has actively monitored several disasters, including Hurricane Dorian, and frequently updates its site with the latest updates and needs.

In the U.S., the American Red Cross prepared to help tens of thousands of people in the path of Hurricane Dorian as the extremely dangerous storm tracked towards the southeast coast.

The Red Cross coordinated with community partners and emergency responders to prepare evacuation centers as planning estimates indicated as many as 60,000 people in Florida, Georgia, South Carolina and North Carolina would need help.

Americares deployed a team to the Bahamas to conduct needs assessments and determine the best response interventions. Americares has reached out to over 200 ongoing partners and continued to coordinate with state and local emergency management agencies and NGO partners, as Dorian made its approach to the US.

Direct Relief staff were on the ground, monitoring Dorian’s path, and ready to respond as required.

Through formal agreements with the Caribbean Disaster Emergency Management Agency, the Organization of Eastern Caribbean States, the Pan American Health Organization, and dozens of NGO and government entities, including in the Bahamas, Direct Relief was able to deploy emergency resources rapidly.

Emergency caches of medicine were pre-positioned across the Caribbean, Florida and the Eastern seaboard.

Good360 launched a major humanitarian effort to get critically needed relief supplies to impacted communities in the Bahamas. They already secured commitments for more than $1 million in donated goods destined for the islands.

At this stage, one of their most important tasks is to ensure “last mile verification” — making sure that the supplies they are procuring from donors actually reach the people who need it most.

In response to the devastation caused by Hurricane Dorian in the Bahamas, International Medical Corps deployed an emergency response team consisting of doctors, nurses, logisticians, mental health and psychosocial support services (MHPSS) specialists, and water, sanitation and hygiene (WASH) specialists. The Bahamian government asked the organization to help lead assessment efforts throughout Grand Bahama island, which has a population of more than 50,000, and to provide medical care for the central and eastern parts of the island, which were the most affected by the storm and where the health system has been decimated. In Nassau and on Grand Bahama, the organization has more than 20 specialists on the ground to address urgent needs through mobile units as well as through our emergency medical health facility.

Mercy Corps has been surveying the affected islands of Abaco and Grand Bahama, and distributing solar lanterns and clean water. The organization is committed to reaching 3,000 families with emergency kits which include: mosquito nets, tarps, jerry cans, chlorine tablets to purify water, and rope. They purchased supplies that were locally available in Nassau for some of their initial deliveries, including jugs of water and other essentials. They are also working to bring clean drinking water to residents and several medical facilities on Grand Bahama island through the installation of a water treatment plant.

NetHope set up vital communication networks and temporary power in the Bahamas to connect response organizations, allowing them to efficiently coordinate recovery and distribute food, water, and medications to the communities most in need. NetHope, a consortium of 56 leading global nonprofits and more than 60 of the top technology companies, brings together the expertise of the tech sector with the on-the-ground experience of global nonprofits to create a network for committed, forward-looking organizations to address the immediate needs of those affected by emergencies.

Operation Blessing’s U.S. Disaster Relief Team pre-staged equipment to the Carolinas, to prepare for Dorian’s impact. In the Bahamas, Operation Blessing teams arrived with emergency relief for the beleaguered survivors.

Project HOPE deployed an initial response team, including volunteer medical personnel, to the Bahamas to provide health care and humanitarian assistance where it was needed most. They activated their volunteer roster of medical personnel for additional deployments and worked with partners to coordinate shipments of health and hygiene supplies.

Save the Children has been working with education partners in the hardest hit areas of North Carolina to help repair facilities and replace classroom materials damaged by Hurricane Dorian.

SBP engages five strategic interventions, which range from hands-on rebuilding work to highly influential government advisory work to respond to disasters. SBP worked with partners to procure solar-powered generators and desalination systems, which was transported to the Bahamas. Additionally, SBP prepared to send a team to the Bahamas to meet nonprofit partners, municipal leaders and to assess how SBP could be most helpful.

Water Mission’s disaster response team has been working to provide emergency safe water solutions to people in dire need in the Bahamas.

World Hope International (WHI) was in the Bahamas actively responding to the devastation of Hurricane Dorian and used boats to reach people where no flights can. WHI harnessed solar power to produce clean and drinkable water from the sea, distributing emergency supplies, removing debris, and more.