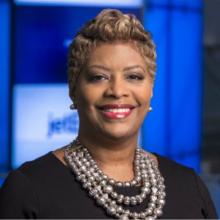 In mid-August 2017, JetBlue’s Emergency Response and Business Continuity Team (BCER) began planning for the airline’s initial operational response to Hurricane Harvey. This team, whose focus is to serve as the central command center and is responsible for planning, response, and recovery efforts of major operational interruptions, was preparing for how the hurricane would impact crewmembers, customers, and the community upon landfall in Houston. No one anticipated how this initial groundwork would escalate into the most active Hurricane response for JetBlue to date; the results spanned Hurricane Harvey and followed with Hurricanes Irma and Maria in the Caribbean. The initial plan was to respond based on anticipated scenarios and consider the severity of the situation. However, as the storms intensified, disaster response planning shifted into a large-scale outreach to support impacted crewmembers and customers, as well as local government officials for Houston, Florida, Puerto Rico, and various Caribbean islands.

Prior to Hurricane Maria, JetBlue had been tracking and responding to other storms for weeks in Houston and Florida. Hurricane Maria posed a unique challenge as it was moving very slowly across Puerto Rico and areas of the Caribbean. The impact was extreme with loss of power and limited communications. Within seven days of the storm, JetBlue deployed their Care and Emergency Response Department (CARE)-trained crewmembers as first responders to assess and report the damage. An alliance of internal stakeholders was created for response. As the largest airline in Puerto Rico and more than 500 crewmembers who call the island home, JetBlue’s priority was to make a serious commitment to the island’s immediate relief and long-term recovery. Honoring the common reference to Puerto Rico’s 100x35 mile size, JetBlue launched #100x35JetBlue with 100 days and beyond of relief in at least 35 ways of caring for Puerto Rico and impacted areas in the Caribbean.

The #100x35 initiative included airlift with in-kind support, relief pricing with reduced fares, fundraising drives for on-the-ground charities, emergency response deployment, catering to unmet needs such as free meals and family services, and a planning strategy to help rebuild. Support included helping to replenish vegetation and the ecosystem, donating supplies requested by Puerto Rican organizations and government entities, partnering with community leaders and influencers, and offering advertising space to promote tourism. JetBlue launched a $1 million consumer-facing fundraising campaign (with company match up to $500,000) in partnership with GlobalGiving, an organization dedicated to distributing funds to non-profits on the ground in hurricane-affected areas. A payroll deduction donation was included for crewmembers to benefit the JetBlue Crewmember Crisis Fund.

In Florida, in Texas, and throughout the Caribbean network, JetBlue assisted local communities with first responders and relief flights. A special Red Cross charter carrying critical life-saving supplies from Atlanta to San Juan was part of several humanitarian missions. JetBlue’s Care Team was deployed for months to support operations recovery. Crewmembers were able to visit a makeshift Care Supply Center daily, where thousands picked up water, food, generators, and emergency relief supplies. Although service was limited in flights to Puerto Rico, we operated extra sections to and from the mainland for crewmembers and customers seeking relief. Special cargo-only JetBlue flights were scheduled to send supplies from family members on the mainland. Hurricanes Harvey, Irma, and Maria truly hit home for JetBlue, with thousands of crewmembers and customers impacted from Houston to Florida and into the Caribbean. We rose to the challenge because it was the right thing to do as a company.

When Puerto Rican singer Luis Fonsi saw the devastation brought to his home by Hurricane Maria, he wanted to do something to raise awareness for the urgent situation on the island so he called JetBlue. JetBlue hosted Luis and some of the biggest names in entertainment and sports on a relief flight carrying 18,000 pounds of food and supplies from Fort Lauderdale to San Juan that was distributed throughout Puerto Rico. Luis Fonsi, Gloria and Emilio Estefan, Ricky Martin, Chayanne, Nicky Jam, Pudge Rodriguez, Jorge Posada, Bernie Williams, Carlos Arroyo, and Ray Allen not only delivered much-needed supplies, but helped use their wide public platform to help spread the word about the situation in Puerto Rico and encourage more people to join fundraising efforts. Upon arrival in San Juan, the group held a press conference with the Governor and First Lady of Puerto Rico before heading off to various relief activities.

Since Hurricane Maria made landfall, we have continued to serve those in Puerto Rico by donating $1 million in supplies, airlifting more than 3,000 customers from San Juan and Aguadilla as of September 27, 2017, and transporting more than 100,000 pounds of supplies to the island. JetBlue continues to support hurricane-impacted areas across the Caribbean, South Florida, and Texas. JetBlue donated close to $1 million in corporate philanthropy from the company, customers, and crewmembers to various charities on the ground. The JetBlue Crewmember Crisis Fund awarded $2.2 million in grants to employees affected by the hurricane. Over 124 Care Team members were deployed for a total of 4,110 hours to provide hands-on crewmember assistance. Close to 22,000 crewmember calls via electronic system to the emergency family assistance center were answered in the 60 days that followed the hurricanes. Additionally, 75,000 meals were packed by crewmembers to distribute to the impacted islands.

In May 2018, JetBlue marked the return of its full flight schedule in Puerto Rico by celebrating with customers, crewmembers, and partners at San Juan’s Luis Muñoz Marín International Airport. JetBlue’s return of capacity, which coincides with its 16th anniversary of service in San Juan, came six months earlier than originally planned, given the improved demand for travel to Puerto Rico as the island continues to recover from Hurricane Maria and welcomes new visitors. To support the increase in service, JetBlue has hired 50 new crewmembers for its San Juan operation, with the new crewmembers joining the airline just in time for the summer peak season. Along with JetBlue’s nearly 500 crewmembers based in Puerto Rico, they will support JetBlue’s up to 48 daily flights between Puerto Rico and 13 cities in the United States and the Caribbean.

Hurricanes Harvey, Irma, and Maria brought unprecedented damage to the regions they affected. Despite JetBlue having an established disaster relief playbook, the varying nature of these perfect storms required an unorthodox recovery approach targeting the public, private, and government sectors. To this day, JetBlue adapts its disaster relief playbook to effectively deploy support to its employees, customers, and communities in the wake of a natural disaster. The 100x35JetBlue initiative continues to provide lasting impact through the JetBlue Foundation’s pledge of $100,000 worth of Science, Technology, Engineering and Mathematics (STEM) education grants in Puerto Rico. 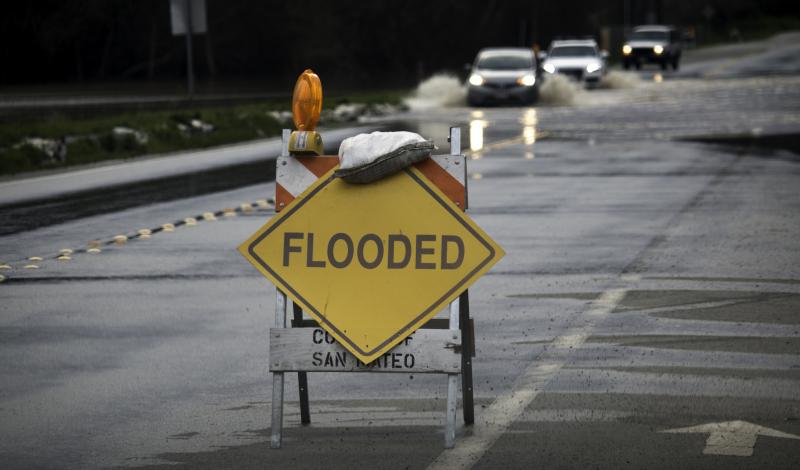 Disaster Management During Covid-19 and Beyond: Key Takeaways From the Building Resilience Conference
COVID-19 Business in Action Interview Series: PepsiCo
Are You Prepared for What’s Next? What Your Organization Can Learn from Your COVID-19 Response